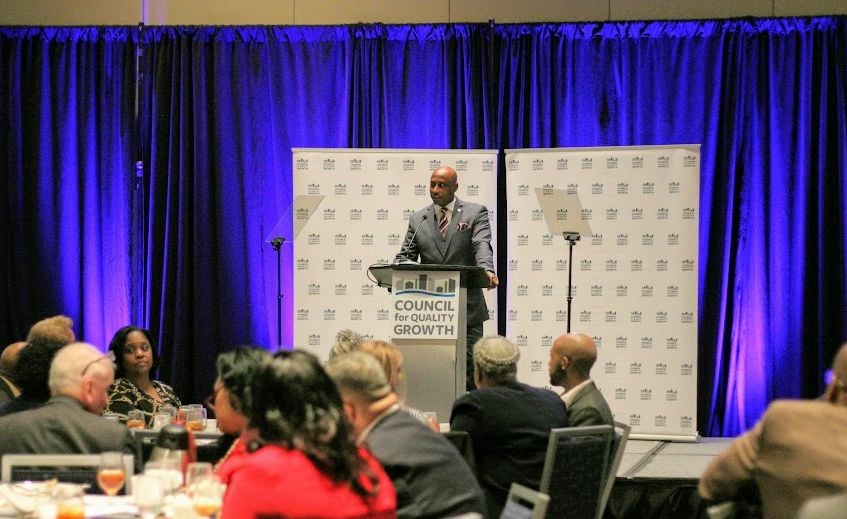 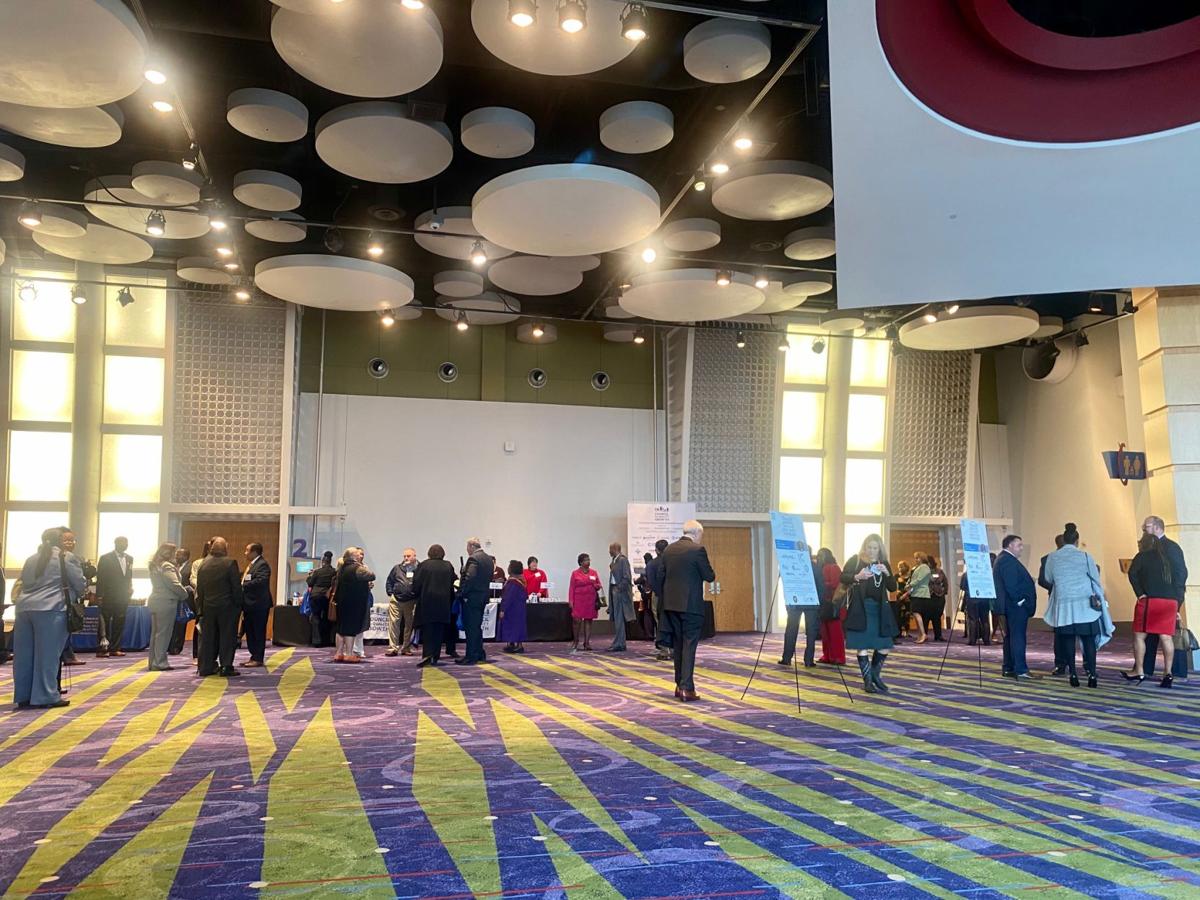 Attendees gather at the Georgia International Convention Center before the Clayton County State of the County address March 5 in College Park. 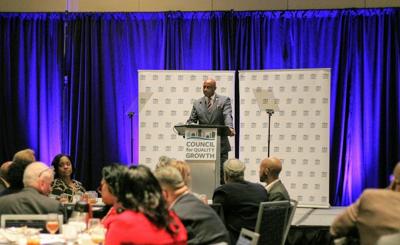 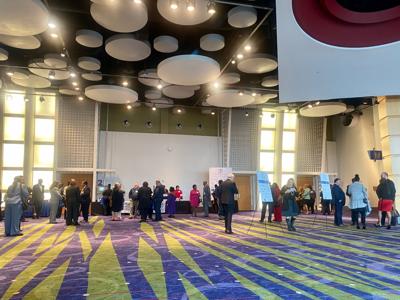 Attendees gather at the Georgia International Convention Center before the Clayton County State of the County address March 5 in College Park.

COLLEGE PARK — County, state, federal, municipal and business leaders turned out Thursday for the “State of the County” address at the Georgia International Convention Center.

Katherine Zitsch, director of the Metropolitan North Georgia Water Planning District, praised the December 2019 recommendation that the Supreme Court dismiss Florida’s suit against Georgia in the “water war.” Zitch said the Clayton County Water Authority wetlands “are a big part of that story because they recycle water.” By saving 10 percent of its water, she said, the county is able to serve 1.3 million more people. She also said CCWA “deserves a shoutout for watershed protection in Finding the Flint” and increasing recreational access.

District 4 Commissioner Demont Davis introduced Board of Commissioners Chairman Jeffrey Turner, who took the stage to Lil Nas X’s “Old Town Road,” noting the chairman “has continuously used his platform to assist in raising funds and drawing attention to groups such as CASA, Alzheimer’s Center and Kinship Care.”

Turner thanked the citizens of Clayton County, “a county turning the corner in a new direction, one of professionalism, transparency and (that is) results-driven, a county on the road to gaining credibility and trust.”

He pointed out the county’s strong fiscal position and nationally-competitive Aa2 credit rating. “Key credit factors include a robust financial position, an exceptionally light debt burden, a moderate pension liability and an extensive tax base,” Turner said. “But we do have a somewhat weak wealth and income profile. Despite that, the financial position of the county is very strong and is relatively favorable in comparison to the assigned rate of Aa2.” Turner said the county’s cash balance is 95.5 percent of operating revenues, “far above the U.S. median. In addition, the fund balance as a percentage of operating revenue, 27.7 percent, is on par with the U.S. median.”

Turner noted the county’s finance department has won the highest award for governmental accounting and financial reporting 41 years in a row and the Distinguished Budget Presentation Award for 16 consecutive years.

In 2019, all county employees got a 3 percent cost of living adjustment and merit increases up to 6.25 percent. First responders who move to Clayton County get $150 per month for one year if they rent and $250 per month for one year if they’re paying a mortgage. Minimum wage was increased to $10 per hour, up from $7.25. “It was time to quit talking about it,” Turner said, “and being about showing them they are valued.”

A new Community Engagement initiative, with Nickle Works LLC and the Communications Department, is meant to improve communication “between the county and all of its residents in the most efficient manner.”

According to Turner, Gov. Brian Kemp said Clayton County tourism’s economic impact was $1.5 million, up 3.7 percent from 2018. Fifty-two film and television productions brought $706,000 in fees from the county’s top five locations, Turner said, adding that Georgia State University had conservatively estimated the county’s economic impact from film and television at $1.3 million in 2019 with 405 production days logged. Films included Bad Boys for Life, “the highest-grossing January release of all time,” Jumanji 2, Coming 2 America, The Watchmen and Ozark Season 3, among others.

Turner also praised educational efforts, such as the Youth Council and Board of Health’s Personal Responsibility and Education Program (P.R.E.P.) to reduce teen pregnancy and sexually transmitted diseases, and the Clayton County Public Schools’ having two of the top 50 high schools in the country.

Turner urged all stakeholders to take an interest in each other’s problems and to “work collectively to move our county forward.”

JONESBORO—Clayton County officials handed out a list of each department's accomplishments for 2019 at the State of the County luncheon May 5.

For 2020 election coverage, head to news-daily.com/election2020

Three teens arrested at Mar-a-Lago after fleeing from police

Facebook will let employees work from home until July 2021

Doctored videos are already faking the cause of Beirut's explosion