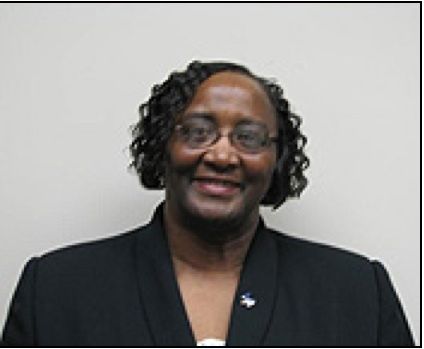 “For both (Linda Lord and Maudie McCord), I could always expect them to vote according to their own conscience,” Mayor David Lockhart said.

McCord lost her seat to Sandra Bagley during the recent elections. Lord decided not to run for re-election. Allan Mears will take her seat.

10 scenic running paths from around the world

There are few better ways to get to know a new place while traveling than to go for a run. Thistle has identified 10 of the most scenic running paths worldwide. Click for more.

Lockhart read special proclamations for both Lord and McCord Monday. Both council members served the city for about eight years and have lived in the city for 30 or more years.

McCord has also served as a member of the City Central Safety Committee and has been recognized by the Georgia Municipal Association for completing the Harold F. Holtz Municipal Training Institute for elected officials.

“While serving as a council member, Maudie McCord’s passion for children and education was evidenced by her creation of the Golden Scholars Award Program and the Teachers Breakfast,” Lockhart read from the proclamation.

McCord thanked residents for allowing her to serve for eight years. She said she strove to be as transparent as possible during her tenure.

“I guarantee you, everyone who called me, everybody who asked me a question, I gave them an answer,” she said. “There were no hidden agendas in my business.”

Lord was also recognized for completing the Harold F. Holtz Municipal Training Institute. She served as a member of the National Organization to Insure a Sound Environment, the Board of Directors for the Clayton County Municipal Association and the City Retirement Board.

“Linda Lord has always conducted herself with the highest degree of integrity, ability and dedication and provided exceptional service to the citizens of Forest Park,” Lockhart read from the proclamation.

Lord thanked residents for allowing her to serve. She also thanked the city’s department heads for helping lead the city forward.

“You are the best directors any city could ever be privileged to have,” she said.

She left some words of wisdom for the newly-elected council members.

“Please remember this position is not about you,” Lord said. “It’s about the city — its citizens, its businesses and its employees. You are elected to serve them, not special interest groups or those outside the city.”

The city presented both Lord and McCord with copies of the proclamations as well as framed pictures of some of their memorable moments in office, including their swearing in and the Kroger groundbreaking at the Gillem Logistics Center.

Lockhart said he would remember them both as council members who did what they believed to be best for Forest Park.

“When there was disagreement between them and other members of council, we could all know that they were doing only what they thought was right,” he said.

PHOTOS: See who's up for adoption at Clayton County Animal Control

PHOTOS: See who's up for adoption at Clayton County Animal Control

Appliances For Sale $175 and up Washers, dryers, stoves, and

Appliances For Sale $175 and up Washers, dryers, stoves, …

Happy Father's Day, submit a photo of your father to celebrate!

Share a photo of your dad to celebrate this Father's Day.

MORRIS: Reflect the love of God toward all