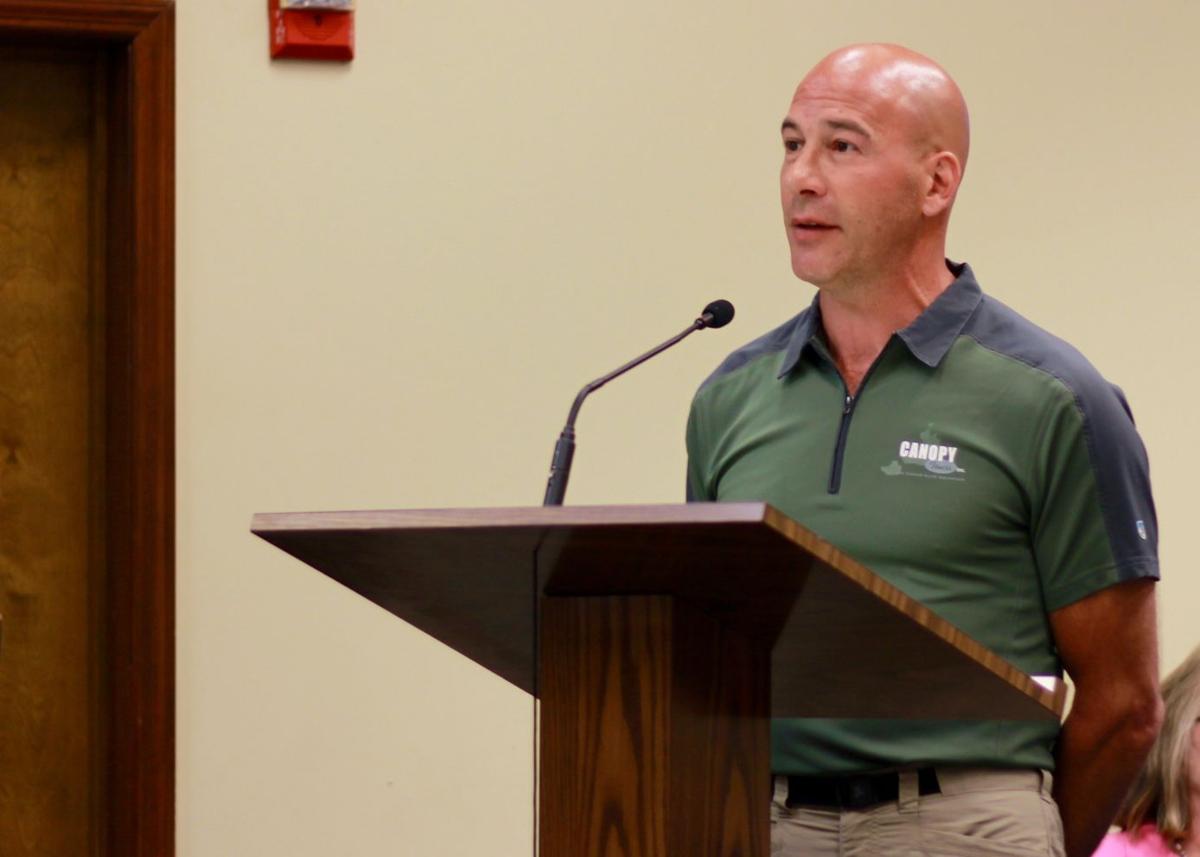 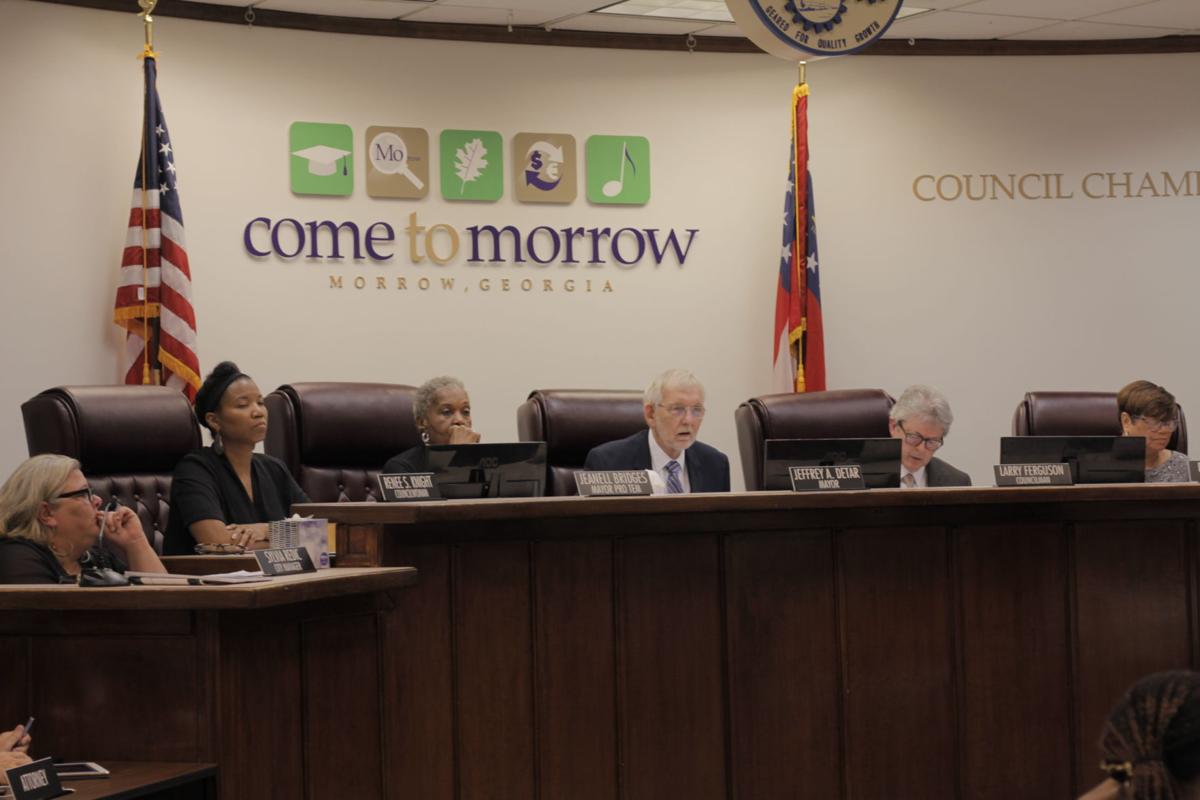 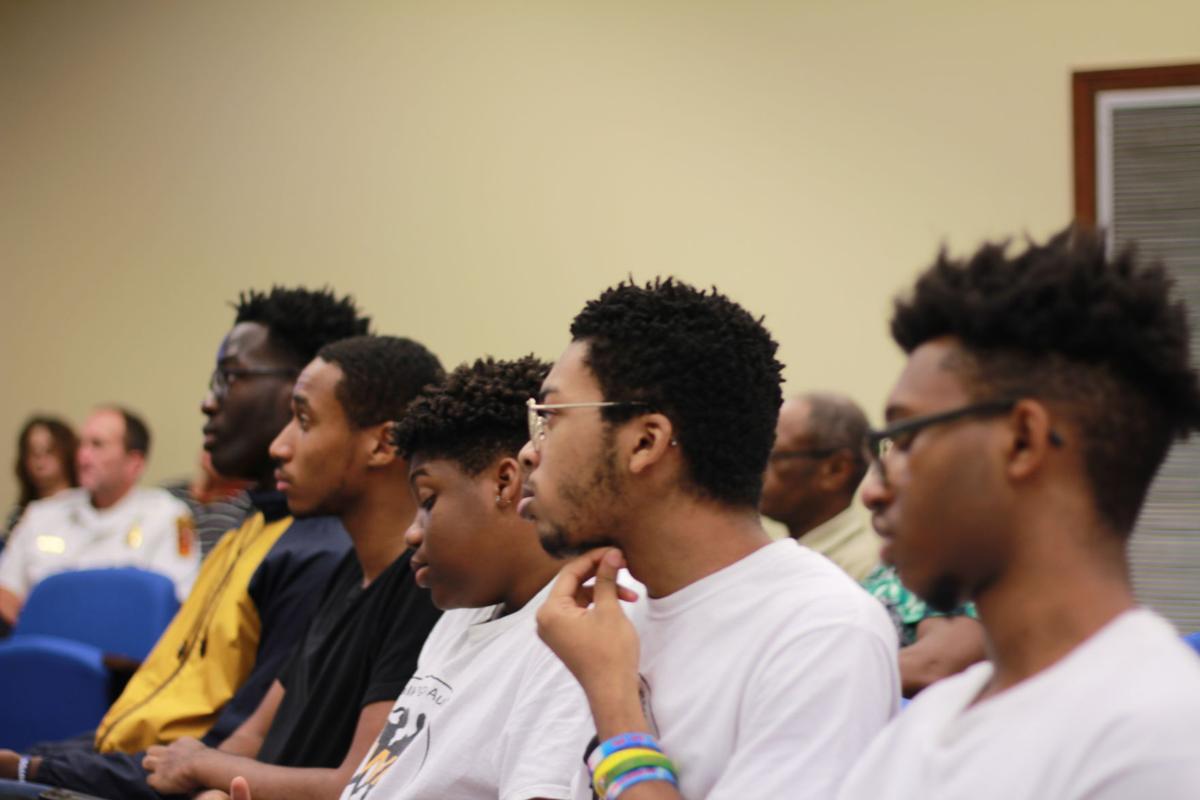 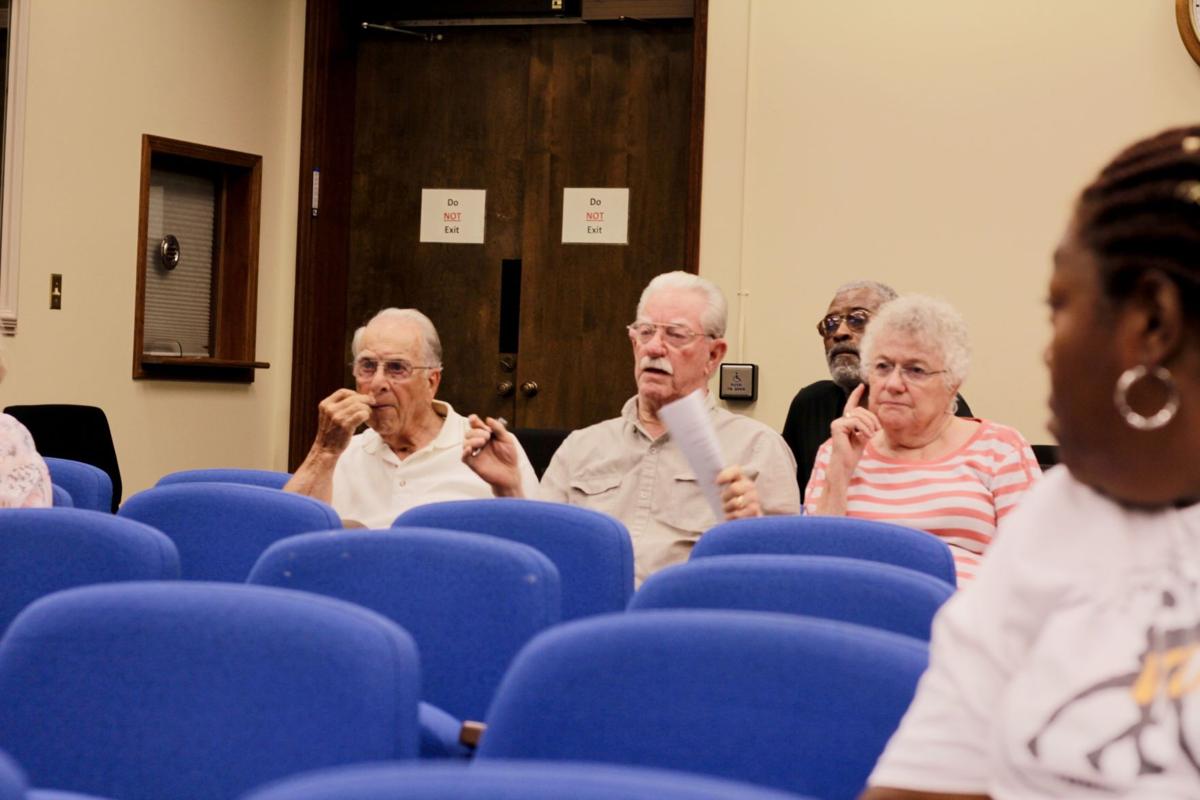 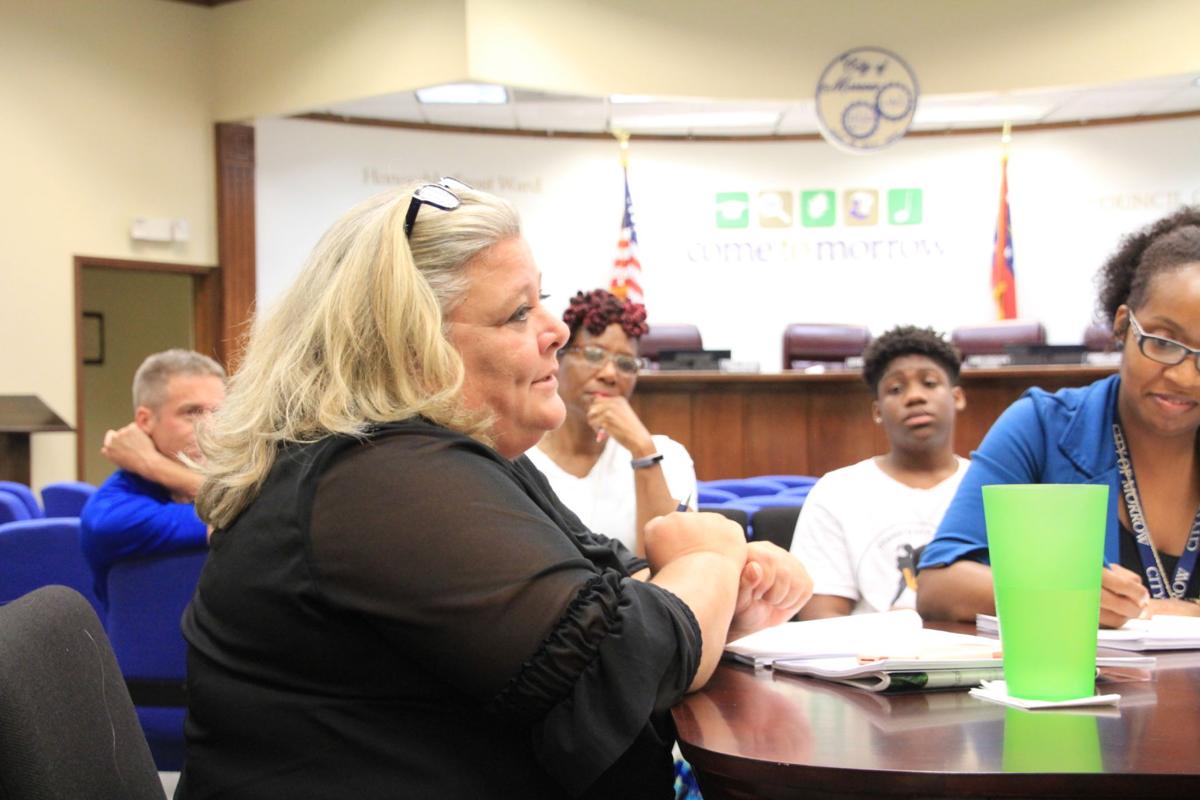 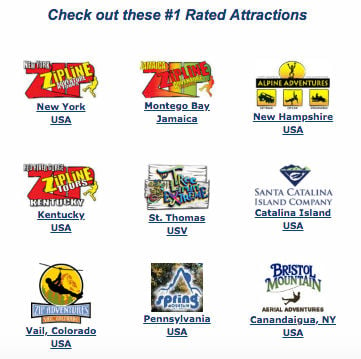 Screenshot of several other canopy tour and zipline projects Bradd Morse has developed. Morse is proposing a canopy tour for Morrow’s Barton Memorial Park that would incorporate Olde Towne Morrow as a staging area. (Special Photo) 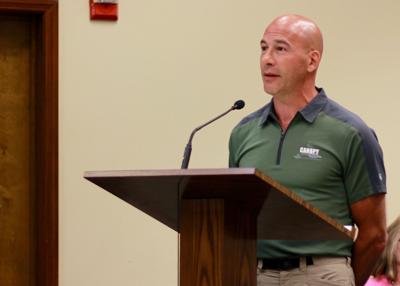 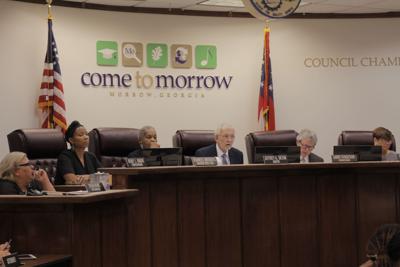 Screenshot of several other canopy tour and zipline projects Bradd Morse has developed. Morse is proposing a canopy tour for Morrow’s Barton Memorial Park that would incorporate Olde Towne Morrow as a staging area. (Special Photo)

MORROW — A nationally-recognized authority on ziplines and canopy parks is considering Morrow for a green tourist attraction in Barton Memorial Park that also could bring the troubled Olde Towne Morrow site near Southlake Mall back to life.

Bradd Morse, owner of Canopy Consulting, Inc., says he and his cousin and partner Jay Bialski, who builds and sells multimillion-dollar luxury properties in the Hamptons on Long Island, New York, would like to bring a canopy park to Morrow. Morse says Bialski is his financial backer.

“We build ecologically-friendly tourist attractions. That’s what we do,” Morse told the council during the July 24 work session. Solar power, composting toilets, and recycling are “part of our marketing strategy,” Morse explained. “We’re looking to come here.”

According to Morse, the park would include a series of platforms high up in the treetops, which visitors would traverse via ziplines.

“I’ve been doing this for 32 years. I own and operate my own businesses. I’ve sold other ones off and so forth over the years. This isn’t my first rodeo at developing attractions in communities,” he said.

During the council meeting, Morse said he would like to use Olde Towne Morrow, which is sitting unused next to Southlake Mall, as the check-in and parking point for the canopy park at Barton Memorial next to I-75 near Costco.

Morse envisioned the Olde Towne Morrow site as a place where visitors could check in. He envisioned removing some or all of the existing buildings and erecting poles for a separate aerial park, with eco-friendly vehicles shuttling small groups of 12 with two tour leaders between there and the canopy tour at Barton.

Olde Towne Morrow has been more like a ghost town the last several years, following a boondoggle in which former city manager Jeff Lampl bought several historic houses from other locations for next to nothing, trucked them in at about $200,000 each, and outfitted them with sub-code fire sprinklers. Last year, Lampl pleaded no contest in Clayton County Superior Court to five counts of falsifying fire code reports. Charges that Lampl lied under oath to a special-called grand jury, conspired in restraint of free and open competition and made false statements were dismissed as part of a plea deal. Lampl got six months probation and paid $12,000 in fines and restitution.

“My businesses have never been sued, I’ve never been in court, never had a major injury. We’ve had accidents here and there,” Morse said. “I’m in the outdoor adventure world. But nothing, nothing major. And that is amazing, okay? To the point where, when Lady Gaga needed someone to zip her in the concert, I was the one that they called because the insurance companies said ‘This is the only guy that’s never had an accident before.’”

Morse said that he is particularly interested in giving eco-adventure opportunities to kids who otherwise would miss out.

“In my last place, the school system could not afford to send the kids to appreciate this beautiful, awesome park I have, so what I did was, I came up with an idea. I trained all the phys ed teachers and made them certified instructors. Then the kids just came for free. Because my only cost was labor, And the point is, the students were never going to come and do my thing anyway. They didn’t have the money. The parents didn’t have the money. But what I did was help the students. Because there’s a tool sitting there that they should have access to, even if they couldn’t afford it. The learning that can take place is amazing.”

Members of the Walking in Authority Teen Council, who were present at the meeting, paid close attention to Morse’s presentation.

“Part of my background too is I’m a team-building specialist,” Morse said. “I’ve been doing this since I was 16, started out with Fortune 500 companies and teaching team dynamics and team-building in groups. I used to take youth at risk out into the wild and help them learn about working together as teams and so forth, and so I have a lot of experience with that, in developing teams and developing people.”

Most councilmembers seemed impressed by the proposal.

Although Morse said he’d spent the day “knocking on doors in the neighborhoods where I’m looking at going and introducing myself to people to find out what they think about me coming here,” some longtime residents of the Belfort Hills subdivision adjoining the woods said they were unhappy at the prospect of people ziplining through the trees.

“He thinks he can build that and it will not disturb people in the neighborhood,” said Chuck Whitehead, who lives on Argonne, a street that dead-ends at the park. “We already have I-75 day and night, day and night. This doesn’t have to happen. He says it’s not a zipline but you can’t build something up there that’s not a zipline.”

Gloria Broomfield, who has lived on Argonne for 45 years, added, “We already have enough strangers in that woods.”

Reynolds was established as a nature preserve and is overseen by a nonprofit board of trustees.

But Morse told the council he isn’t interested in setting up shop if he’s not wanted. Other locations Morse is considering, he said, include the entire Louisiana State Park system and Santa Monica, California.

According to flyers distributed to part of Argonne Street, Mayor Jeff DeTar will hold a town hall meeting Thursday, Aug. 2 at 6:30 p.m. to discuss the proposed canopy tour and zipline attraction. The meeting will take place at City Hall, 1500 Morrow Road. For more information, call 678-902-0928.

CDC was 'never blind' to early spread of coronavirus within the US, director says