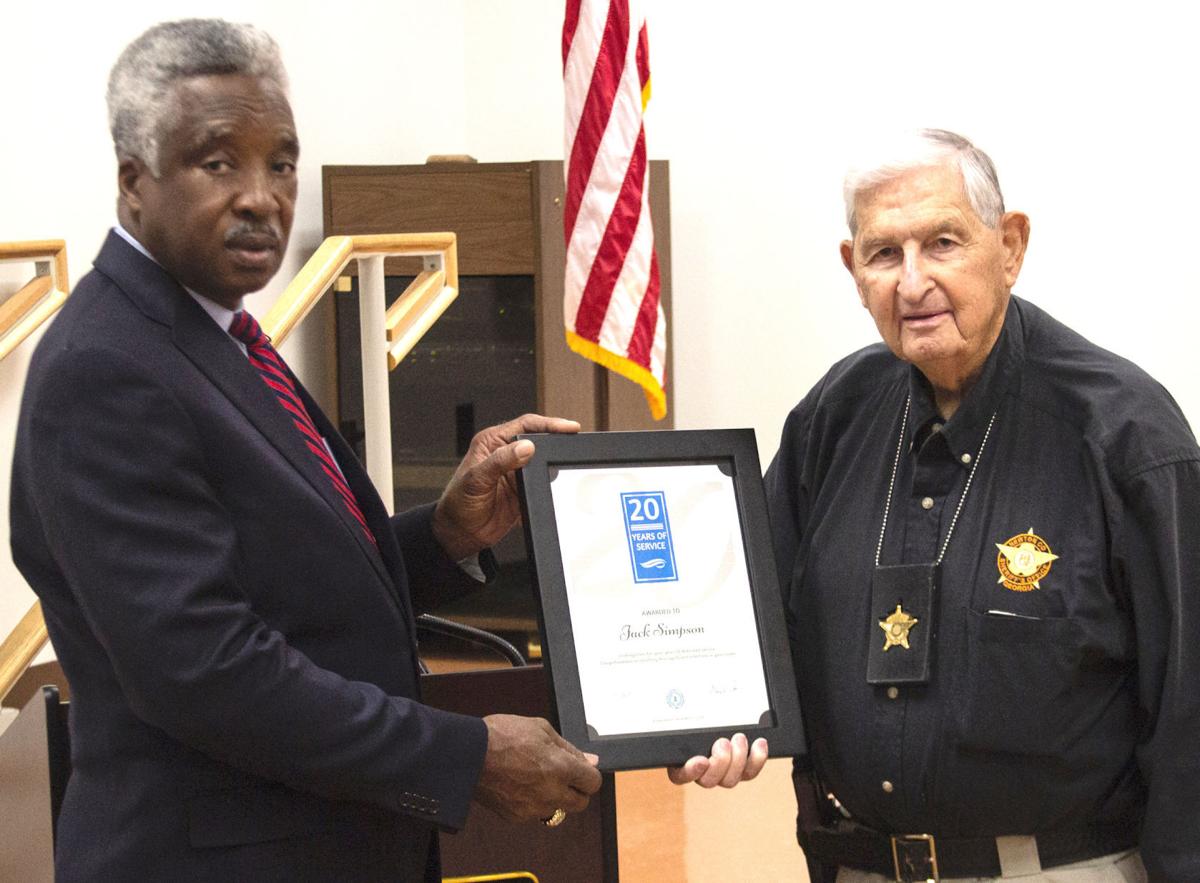 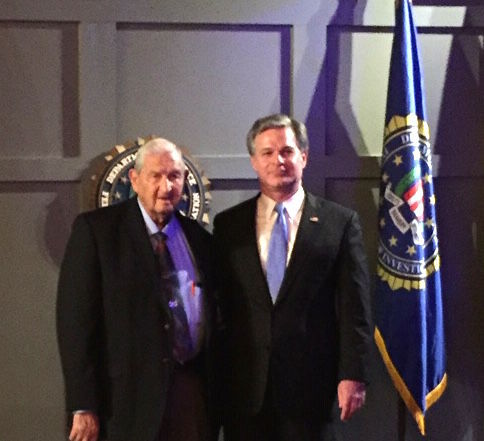 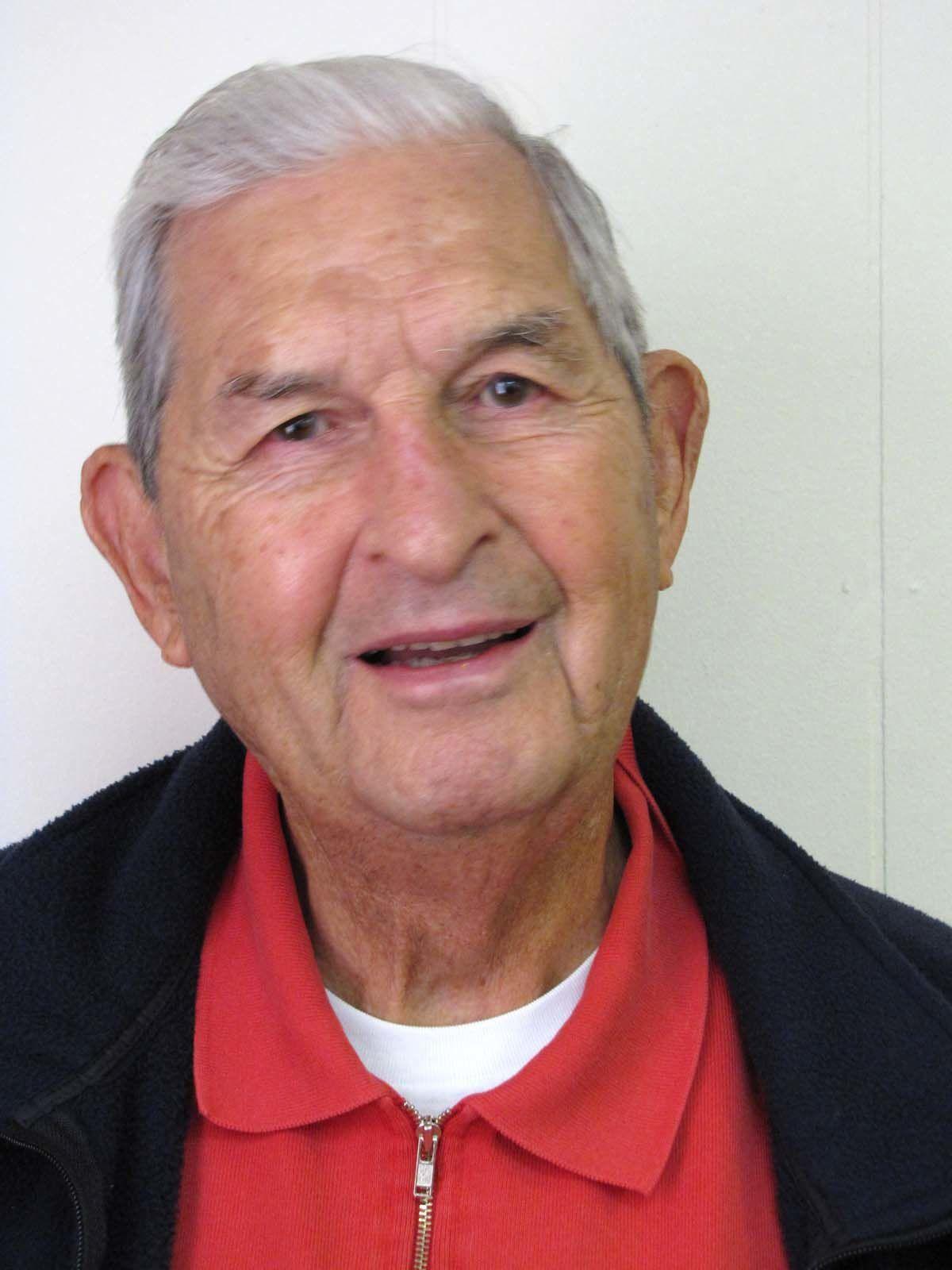 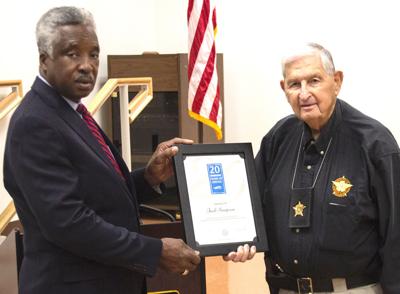 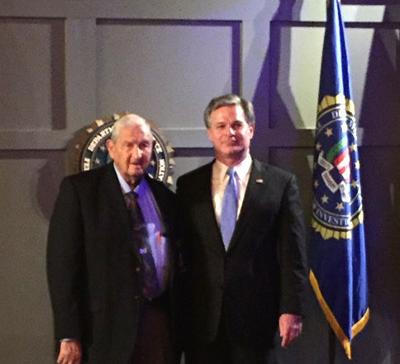 CONYERS — The stories are iconic and now so is the FBI man who was there doing his duty and witnessing what would become so much of America's history. As the oldest investigator in the nation, Jack Simpson of Rockdale County passed away this week at the age of 96, still working after more than half a century in law enforcement.

“Mr. Jack set the tone for the women and men who clocked in and out of the office every day,” Newton County Sheriff Ezell Brown said. “He showed up, did his job and made sure that his fellow officers represented our profession. He was well loved and respected across the aisle. Young, old, ethnicity did not have any type of barrier with him. He was loved.”

Simpson spent the last 20 years of his career working as an investigator with the Newton County Sheriff's Office (NCSO).

“I've always said he was a walking book of history,” Brown said. “He had so many amazing stories he would tell about high profile cases he worked...He was just a wealth of knowledge. His age, I think evidenced that age plays no role in the things we can actually do today. Mr. Jack was amazing at 96. He drove to work every day without problems. He went to lunch just like everybody else did. He returned to work and he did it all very gracefully.”

Simpson began his career as a special agent with the Federal Bureau of Investigation. During his two-decade FBI tenure, he was often right in the middle of some of the country's most notable cases.

It was April 4, 1968. The Rev. Martin Luther King Jr. was dead, killed by an assassin's bullet as he stood on the balcony of the Lorraine Motel in Memphis, Tenn. The hunt was on for the gunman, James Earl Ray, and his white 1966 Ford Mustang coupe.

When Ray's car was found in an Atlanta housing project, Simpson was one of the agents tasked with searching it for evidence and responsible for delivering that evidence to the FBI lab in Washington, D.C.

His boss was the legendary J. Edgar Hoover, the first director of the FBI. In June 1963, when Alabama Gov. George Wallace defied a federal court order demanding integration of the University of Alabama, Hoover sent his men to deal with the situation. Simpson was one of those G-Men.

Known as the “Stand in the Schoolhouse Door” incident, the Alabama governor blocked the door through which the black students hoped to enter. Simpson and the other FBI agents were there to monitor events and head off any violence from the gathering crowds. With Wallace on one side of the open doorway and U.S. Deputy Attorney General Nicholas Katsenbach on the other side of the doorway, the tense standoff lasted for hours before Wallace finally stepped back and the incident ended.

Another big case Simpson worked on was a little closer to home and became part of “Murder at Broad River Bridge: The Slaying of Lemuel Penn by Members of the Ku Klux Klan,” a book written by longtime Atlanta newsman and magazine editor Bill Shipp. It was a case that would eventually help lead to the Civil Rights Act of 1968.

Lemuel Penn and two other black men were heading back to Washington, D.C., after taking part in U.S. Army Reserve training at Fort Benning. All three were World War II veterans and because they were concerned about Ku Klux Klan activities in the region, they were traveling along back roads. In the early morning hours of July 11, 1964, the men stopped the car in downtown Athens to change out drivers. KKK members saw them and their Washington, D.C., car tag and decided they were agitators sent by President Lyndon B. Johnson.

The KKK members followed Penn and his friends out of town and when they got to the Broad River Bridge, they pulled up beside them, firing two shotgun blasts into the car, hitting Penn in the throat and killing him.

Simpson was one of the FBI agents assigned to investigate the murder. From a list of known KKK members, Simpson and his partner drew the name of James Lackey to examine. They learned everything they could about him from his family to his background and daily routine. Armed with the information, they sought to interview Lackey, who told the agents he knew nothing about the murder.

The FBI agents were not convinced. They continued to pursue Lackey and a week later they interviewed him again.

This would be the interview that broke the case wide open. Upon talking to Lackey, who had been sick, Simpson told him that there must be something bothering him or something on his conscience. He told Lackey he might feel better if he told the agents what happened. It was then the suspect blurted out that he drove the car. He then named the other two perpetrators, Howard Sims and Cecil Myers. Simpson got Lackey's signed statement. Shipp wrote a full account of the incident in his book and stated it was pivotal in creating a Justice Department task force whose work culminated in the Civil Rights Act of 1968.

After 23 years with the FBI, Simpson retired and joined the Rockdale County Sheriff's Office as an investigator for 10 years and then went to work for the NCSO.

“He said many times that he did not want to rust away in a rocking chair,” Brown said, noting Simpson's age. “As long as he was able to give, that was what life was all about. I'm so thankful the knowledge he gained over the 50 years that he did not die and take it with him. He shared it with us.”

For more than 25 years, Simpson, who lived in Conyers since the 1970s, also shared his wisdom with readers of the Rockdale Citizen and Newton Citizen. He was a regular columnist and entertained readers on a range of issues, some serious and others humorous. He shared stories of his family and their special times together.

“Jack was such a mainstay of our newspapers and an icon in the community, it is hard to imagine our weekend opinion page without his column,” Alice Queen, editor of the Rockdale Citizen and Newton Citizen said. “Although I know his first devotion professionally was to law enforcement, I also know he enjoyed writing his column and, like a true newspaper man, he never missed a deadline. In his writing—as in everything else he did in his life—you could always count on Jack.”

His wife of 40 years said she still enjoyed hearing his stories. Dottie and Jack Simpson married in 1980, and have seven grandchildren between them. Mr. Simpson was the father of three children from a previous marriage, Barbara Grayson, Robert Mark Simpson and Joan Mitchell. Mrs. Simpson was the mother of two sons, both of whom are now deceased, John Robert Jordan Sr. and Richard Lee Jordan Jr. The family's first great-grandchild is due around Christmas or New Year's.

“He had a good life,” Mrs. Simpson said of her husband. “He had many interesting stories to tell. You could sit and listen to the man tell his stories all day long and never get bored. He was larger than life. He was a very loveable, huggy man and very affectionate. He was honest to a fault and straight-laced in that regard. He never drank. He was a good man and one like you don't find these days. He was one of a kind ... Everybody loved him.”

Mrs. Simpson said it was about two weeks ago when her husband began saying he did not feel well. She said his back was hurting and he began falling down.

“His body was wearing down,” she said. “He had heart problems, kidney problems, back problems.” She said he died of natural causes and was not a victim of the COVID-19 virus.

Born in 1924, on the Fourth of July in Barnesboro, Pennsylvania, Jack Byron Simpson grew up during the Prohibition days of the 1930s, idolizing G-Men with Tommy guns as his heroes. He determined as a child that he would someday become an FBI agent. World War II came along and Simpson enlisted in the army, becoming a light artillery gunner during the invasions of southern France and Italy's Anzio Beach. After the war, he came back home, earned both his bachelor's and master's degrees, then taught school for five years before enrolling in law school. He was in his first year of law school when he took the test and qualified to become an FBI agent.

A recipient of two Bronze Stars, Simpson will be laid to rest next week with full military honors in the Georgia Military Cemetery in Canton. Additional funeral details will be forthcoming. Conyers' Scot Ward Funeral Home is in charge of the arrangements. Simpson will be buried in his NCSO uniform.

Thinking about popping the question? Let the Oscar Mayer Wienermobile help you out

A Hong Kong teenager's death became a magnet for conspiracies, and exposed deep problems in how the city operates

Wildfire-weary Californians, 'tired of this being normal,' consider uprooting their lives