Skip to main content
You are the owner of this article.
Edit Article Add New Article
You have permission to edit this article.
Edit
Home
News
Sports
Features
Opinion
Find a Job
Obituaries
Community
Place ad
e-Edition
Help
1 of 2 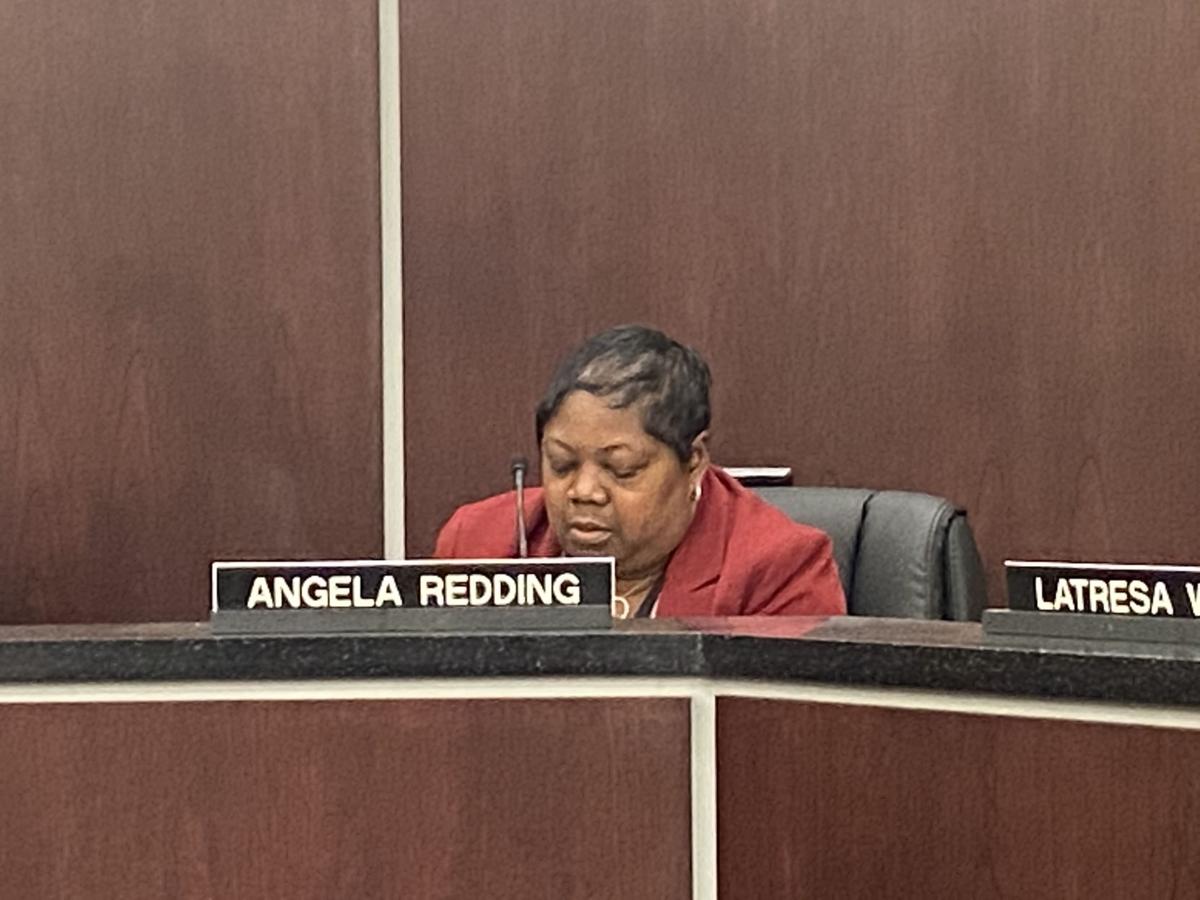 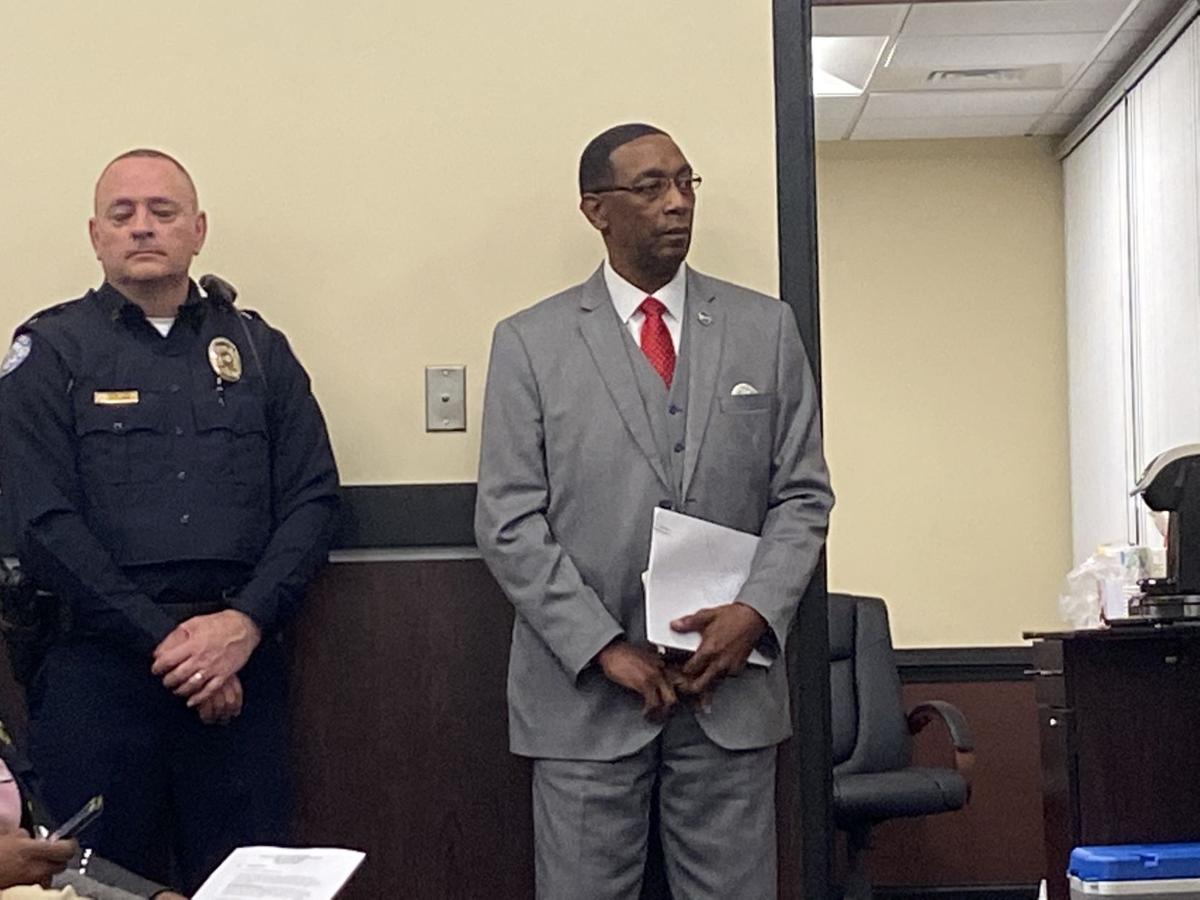 Forest Park Police Chief Nathaniel Clark (right) was named interim city manager in a surprise vote at Monday’s City Council meeting. The item had not been on the agenda but according to City Attorney Kevin Williams had been discussed during executive session. Clark replaces Angela Redding, who has crossed swords with some Councilmembers in recent months. 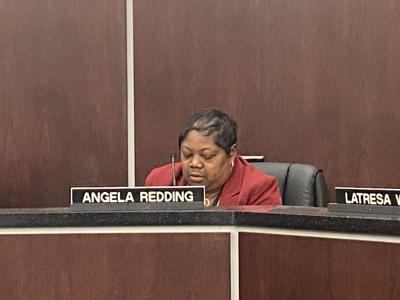 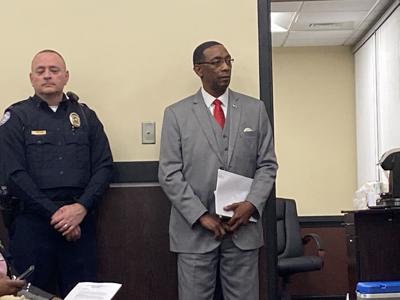 Forest Park Police Chief Nathaniel Clark (right) was named interim city manager in a surprise vote at Monday’s City Council meeting. The item had not been on the agenda but according to City Attorney Kevin Williams had been discussed during executive session. Clark replaces Angela Redding, who has crossed swords with some Councilmembers in recent months.

Voting against were council members Kimberly James and Allan Mears.

Rumors of friction between Wells, Antoine and Mayor Angelyne Butler on one hand and Redding on the other have been circulating for months. However, the decision came as a surprise to most in the packed council chamber.

Early in Monday’s work session, Clark, dressed in a suit, introduced the city’s new assistant chief of police, Antonio Fletcher, formerly of the Albany Police Department, who showed up in his dress uniform and left at some point during the meeting. After discussing a deal with The Collaborative Firm Inc., a planning company that would have worked closely with Redding, the council went into closed session at 6:25 p.m., returning 11 minutes past the scheduled 7 p.m. regular meeting time.

The council voted on a handful of routine agenda items and OK’d the planning contract. Then City Attorney Mike Williams advised members on amending the agenda “in order to discuss the status of the city manager.” That turned out to be a motion to not renew the contract for Redding.

Council member James said she was “in total disagreement” with the nonrenewal, praising her hard work. “I think she has done an outstanding job .... This one works. She does not just sit at the desk and Twitter her thoughts. She works very hard.”

Other council members said they liked Redding personally but that they had issues with how she did her job.

Antoine said, “It’s OK to disagree with someone professionally but agree with them personally, and that’s where we are at right now. I think we need someone who works better with the mayor and the City Council.”

Akins-Wells said she had “a two-and-a-half page list” of reasons why she thought Redding had to go and offered to share it with anyone who asked.

The councilwoman cited issues she had had with Redding not getting things done in Ward 4 as quickly as desired. Specifically, she stated that it took a month to get a sign put up and that Redding had waited a day to inform council members that a former city finance director had been fired.

“I kept telling Angela not to get involved in all this political stuff,” she said, adding that she had fought for Redding’s raise “when no one else would fight for her.” The council recently voted to give Redding a pay raise, which the mayor reportedly vetoed.

A bigger issue, Akins-Wells said, was that Redding had not fired police officers who allegedly conducted surveillance on her and Councilman Antoine.

Redding responded that she had no authority to fire police officers in the middle of a GBI investigation.

“That’s not my fault. That’s a legal matter,” Redding said.

The Georgia Bureau of Investigation is looking into whether the Forest Park Police Department, under former chief Dwayne Hobbs, acted improperly by installing cameras near the council members’ homes, tailing them and going through their household trash.

Asked late Monday whether the GBI was able to share any updates on the case, spokesperson Nelly Miles told the News, “(O)ur agency has been working to determine whether or not a formal investigation should be initiated. I don’t have anything new to share at this point, but will keep you posted as updates are available for release.”

Akins-Wells and Antoine announced Tuesday that they intend to sue the city over the police surveillance.

Redding also said that she had a list of her own and that it was longer than Akins-Wells’ list.

Upon his appointment, Chief Clark told James, “There is no job I can’t handle.”

Redding thanked the city for the opportunity and said, “I appreciate you all and all the glory goes to God.”

Both Akins-Wells and Redding promised to supply their lists of specific complaints to the News.

“I thank the city for the opportunity,” Redding said. “I know I’ve done my best in doing this job,” adding that she would have had 20 years with the city in June.

“I love Forest Park, and I’ve just done the best I can do. I totally believe that God is in control.”

This article was updated on Jan. 7, 2022 to reflect the fact that Redding's contract was not renewed.

Prevalence of binge drinking by state

Alcohol consumption has been on the rise with binge-drinking increasing by 21% during the COVID-19 pandemic. Zinnia Health explored binge-drinking trends and how they vary across several states. Click for more.

This is raw audio of a press conference held at the law offices of Edmond Lindsay and Atkins, LLP in Atlanta at 10 a.m. on Jan. 7, 2020. Attor…

Warm up with stew on cold winter nights