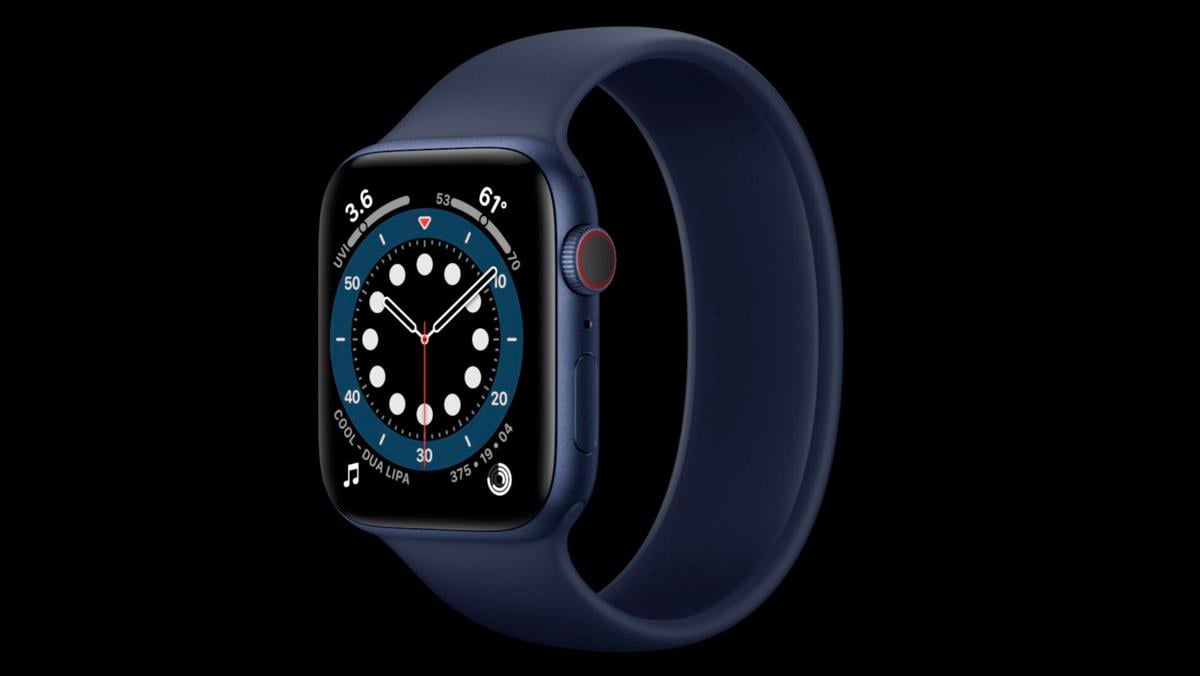 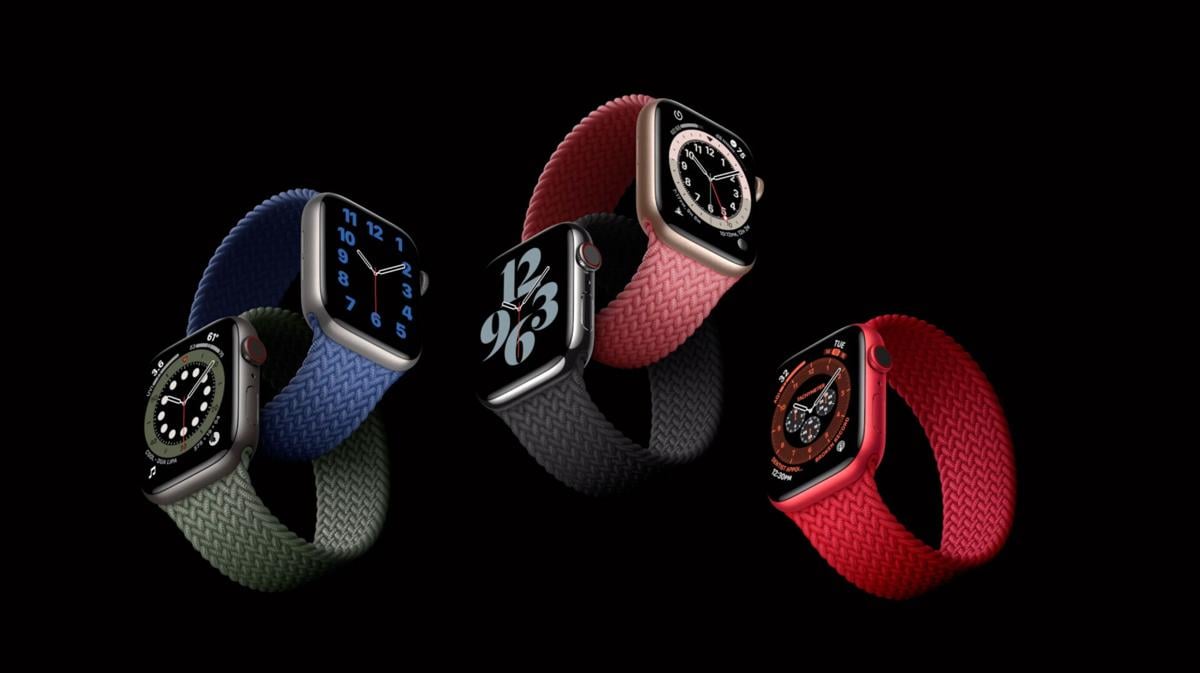 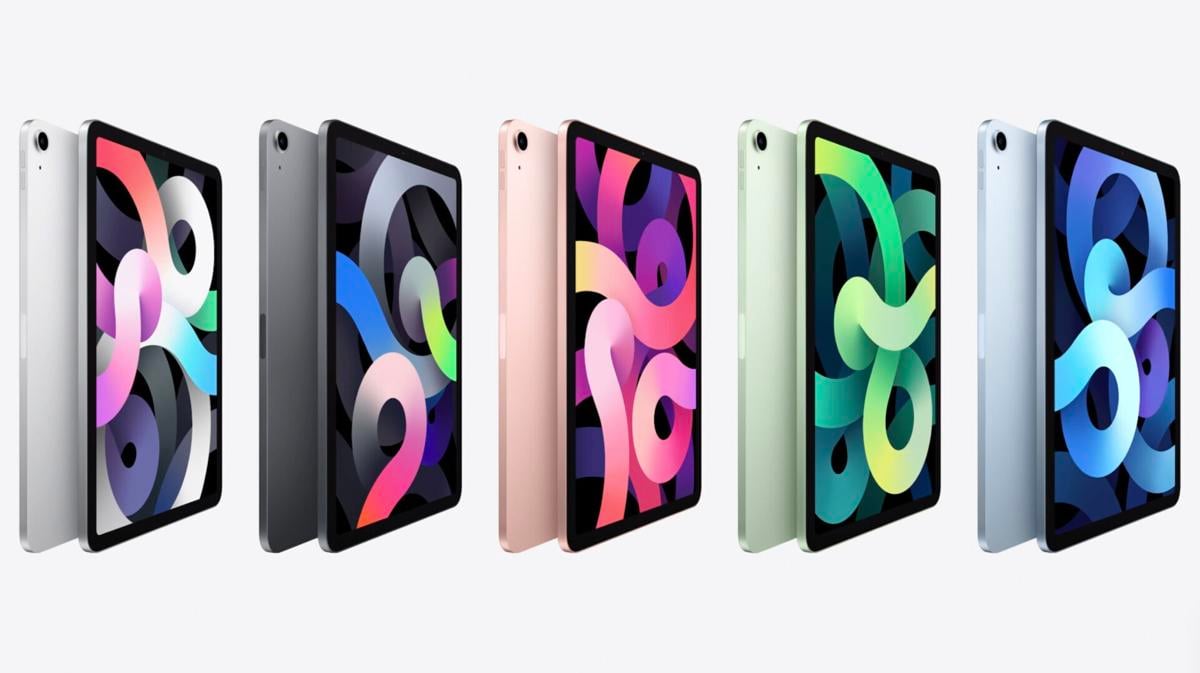 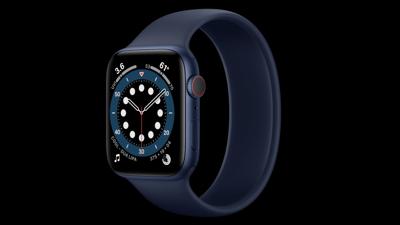 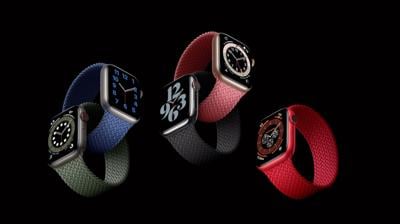 There may not be a new 5G iPhone just yet, but Apple tried to compensate for any disappointment by giving its fans several new devices to play with while they wait.

The company announced the latest versions of its Apple Watch and iPad, as well as a new subscription bundle that combines several of its services — albeit for a hefty price.

Here's everything Apple rolled out at its latest virtual product launch on Tuesday.

Apple made a pitch for the Covid-19 era with the sixth generation of its flagship wearable device, adding new health and fitness features to help monitor oxygen levels, hand-washing techniques and home workouts.

The Apple Watch 6 uses LED lights and photo sensors on its bottom surface to measure the amount of oxygen in a user's blood, by monitoring how much light the blood reflects. The device can also notify users if they are at a higher altitude, to remind them that their blood oxygen levels may be different than normal.

But beware the fine print: Apple warns that its blood oxygen measurements "are not intended for medical use, including self-diagnosis or consultation with a doctor, and are only designed for general fitness and wellness purposes."

The watch starts at $399, with a version that has cellular capability costing $499. Both will officially hit stores this Friday.

For those who don't want to pay as much to monitor their blood oxygen levels, Apple unveiled a slightly cheaper version of the watch with more limited features.

It will run the latest version of watchOS. The cellular model allows for phone calls, messages and more. Like other models, it has fall detection, the latest motion sensors and it's swimproof.

The Apple Watch also won't come with a USB power adapter anymore, said Lisa Jackson, Apple VP of environment, policy and social initiatives, framing it as a way the company is continuing to go green.

That means if you don't have one laying around at home to charge your watch, you'll need to purchase one separately.

The 8th generation of the iPad features what Apple says is an all-day battery, faster graphics and processing, a better camera and the A12 bionic chip, which Apple says is "more powerful than ever."

The device has a 10.2-inch display and comes with new iPadOS 14 features that better integrate its Apple Pencil stylus. It's available Friday, starting at $329.

Apple threw some shade at rival Google during this announcement, saying its new iPad is six times faster than the top selling Chromebook.

As with the watch, Apple chose to double down on the iPad on Tuesday, announcing what CEO Tim Cook described as an "all new, completely redesigned iPad Air."

The new iPad features a larger 10.9-inch screen, a smaller Touch ID sensor for fingerprint unlock, and a new A14 silicon chip that Apple says is its most advance yet and will significantly improve performance.

The tablet comes in five different colors, including rose gold, green and blue, and will be available from next month starting at $599.

Another big change to the iPad Air: It'll support the more universal USB-C adapter instead of Apple's proprietary Lightning connector, meaning you'll be able to charge it with the same cable that charges a new MacBook Air or a Google Pixel.

Apple already switched to USB-C with the iPad Pro released earlier this year, and the latest update could provide hope that more of the company's future devices will enable cross-connectivity outside its ecosystem.

Services have become a big business for Apple, accounting for more than 20% of its revenue in the most recently completed quarter. Now it's giving customers a way to buy all of them in a bundle called Apple One.

The subscription service comes in three tiers. The cost for an individual subscription is $14.95, which gets you Apple Music, Apple Arcade, Apple TV+ and iCloud. A family subscription goes for $19.95, which allows those services to be shared with up to six family members. Finally, a premier subscription for $29.95 a month includes all those services plus News and Fitness (more on this in a minute) subscriptions. It also bumps up the storage to 2TB.

Apple is offering the new service on a 30-day free trial for any services that customers do not already have. For example, if you have Apple Music but not Apple TV+ or Apple Arcade then you get a trial of the other two when you switch to Apple One.

The company is offering another new subscription service, called Fitness+, which provides members with exercise classes like yoga and cycling. It costs $9.99 per month and you'll need an Apple Watch to use it. It's also bundled with Apple One.

Both services are being closely watched by competitors. John Foley, the CEO of fast-growing fitness service Peloton, said in an investor and analyst meeting that he was "digesting" Apple's new fitness offering but felt his company still has the upper hand with its custom bikes and treadmills.

"Once again, Apple is using its dominant position and unfair practices to disadvantage competitors and deprive consumers by favoring its own services," a Spotify spokesperson said in a statement to CNN Business.

On Tuesday, Apple held its signature product launch but with one major change, it was virtual.

Will an Apple One subscription bundle save you money? We break it down

Apple's newly announced subscription bundles are the company's latest effort to push its music, streaming video, gaming and other services on users.

How to honor RBG by supporting her favorite causes

What does justice for Breonna Taylor actually look like?

Henry Golding says being linked to Bond role 'is an honour'

David Ortiz admits he had Covid-19, but was asymptomatic