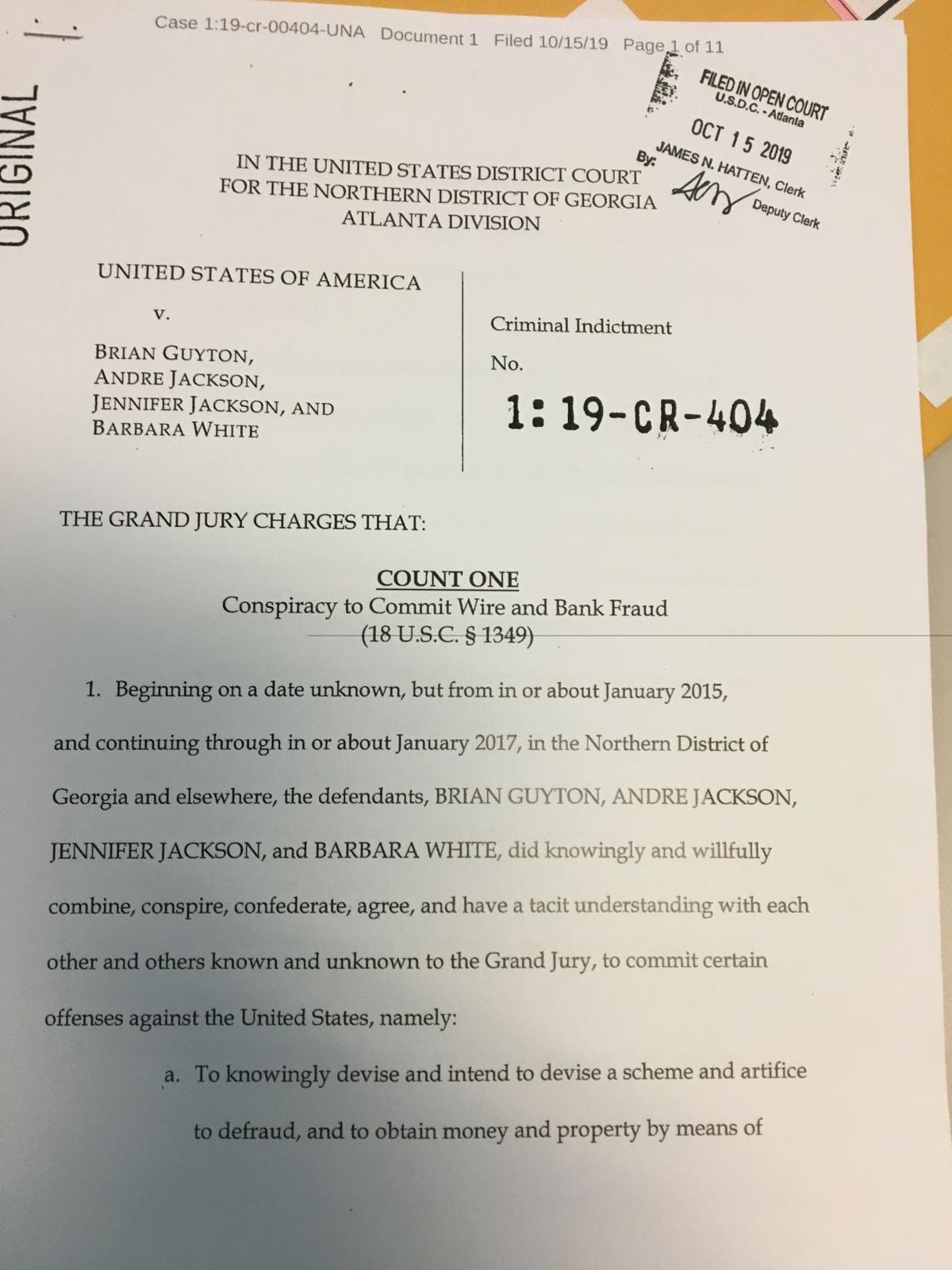 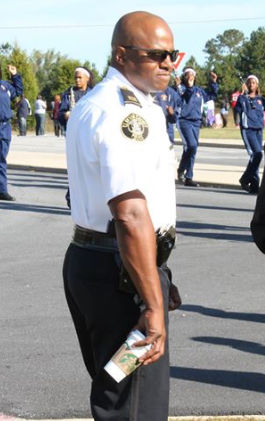 A federal grand jury has indicted Jackson, his wife and two others on alleged wire and bank fraud charges related to a luxury-car purchasing ring. 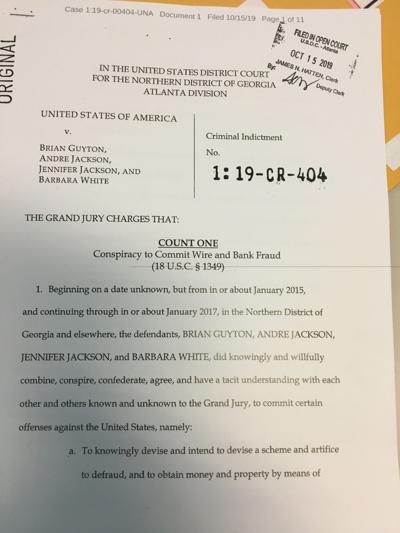 A federal grand jury has indicted Jackson, his wife and two others on alleged wire and bank fraud charges related to a luxury-car purchasing ring.

ATLANTA — A federal grand jury has returned a 12-count criminal indictment against a former Clayton County Police Department officer and three others, alleging they lied on loan applications for luxury cars, used straw buyers to purchase the vehicles, promised to pay the notes, subleased the cars to other people, then defaulted on the notes.

Andre Jackson entered a plea of not guilty on Oct. 21 and is free on $10,000 bond with special conditions. A pretrial conference is scheduled for 9:30 a.m. in federal magistrate court Nov. 12 in Courtroom 1875.

According to the 11-page indictment filed Oct. 15, Jackson, who in 2015 was a Clayton County Police Department officer, was listed as the registered agent for Alot Frontier Group LLC and A.R.C. Financial Group Inc., Jackson, along with Brian Guyton of Intercontinental Motoring LLC and Alliance Trucking, “and other conspirators contracted and otherwise arranged for the purchase of high-end cars in the Northern District of Georgia, Southern District of Texas, and elsewhere for the purpose of reselling or subleasing the cars to third parties.”

The indictment alleges they did so by recruiting straw purchasers “to apply for car loans to purchase high-end cars in exchange for cash payments.” While he was with CCPD, according to the indictment, Jackson “used his position...to recruit police department employees and other individuals in the community. Andre Jackson told prospective ‘straw purchasers’ that the car subleasing program was legitimate and would increase their credit score.’” He and others allegedly did so by “fraudulently list(ing) and caus(ing) others to fraudulently list employment with Alot Financial Group, LLC (CEO, $102,000 annual salary) and ARC Financial Group, Inc. (CEO, $425,000 annual salary) in car loan applications.”

In addition, the indictment claims, Jackson and three others “knowingly and falsely executed and caused others to falsely execute sales agreements and loan financing documents which certified to the lenders that the loan applicant would not sell, rent, lease or transfer any interest in the vehicle without the lender’s written permission.”

Jackson allegedly was involved in the following transactions:

Codefendants named in the indictment include:

♦ Barbara White, about whom no other information was given in the indictment, other than that she allegedly “fraudulently listed and caused others to fraudulently list employment with ARC Financial Group (Regional Director, $14,443.87 monthly salary) and Clayton County Public School (Principal, $160,000 annual salary) in car loan applications.”

♦ Jennifer Jackson, who is listed on the federal court’s additional conditions of release as Jackson’s wife, and who the Georgia Secretary of State’s corporate filings “listed as the CEO, CFO, and Secretary for World Medical Inc.”

Clayton County Police Chief Kevin Roberts told the News that Jackson was a captain when Roberts became chief, and that “He resigned without notice as a result of a federal investigation related to possible stolen automobiles.” The News has contacted Clayton County Human Resources to confirm whether White had worked for the county but has not received confirmation as of press time.

A surfer was bit by a shark in Florida's Volusia County, marking its fourth attack this year