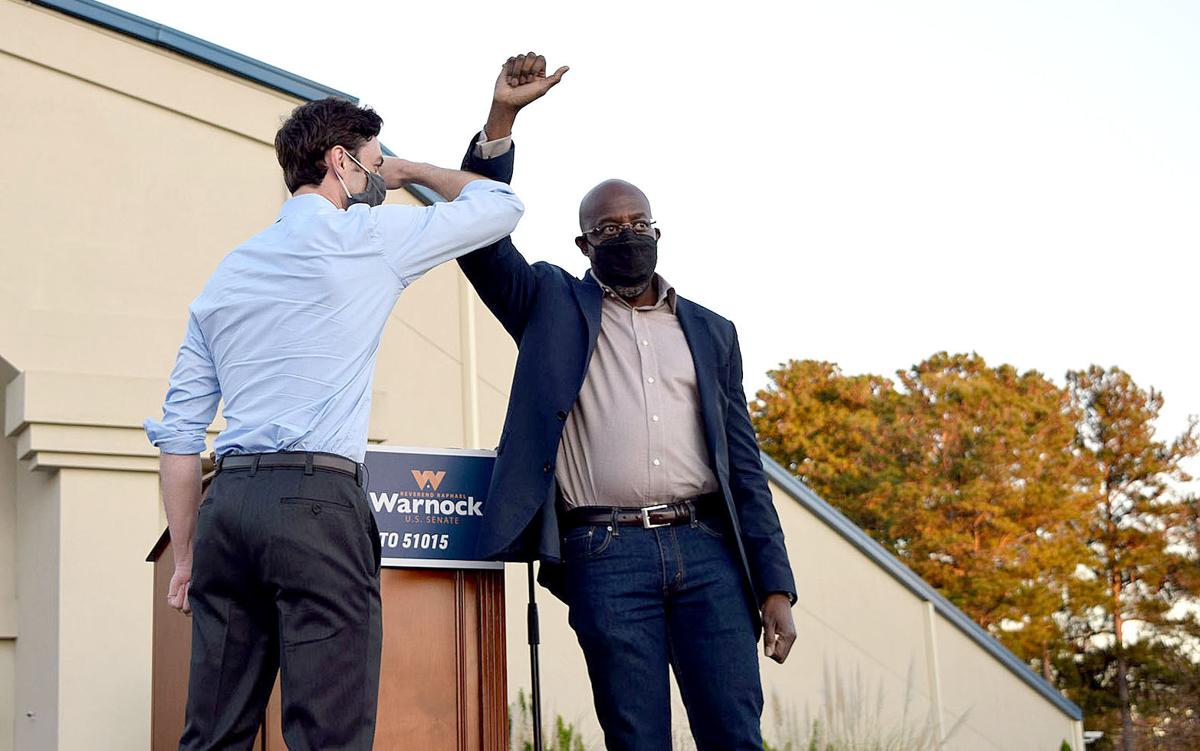 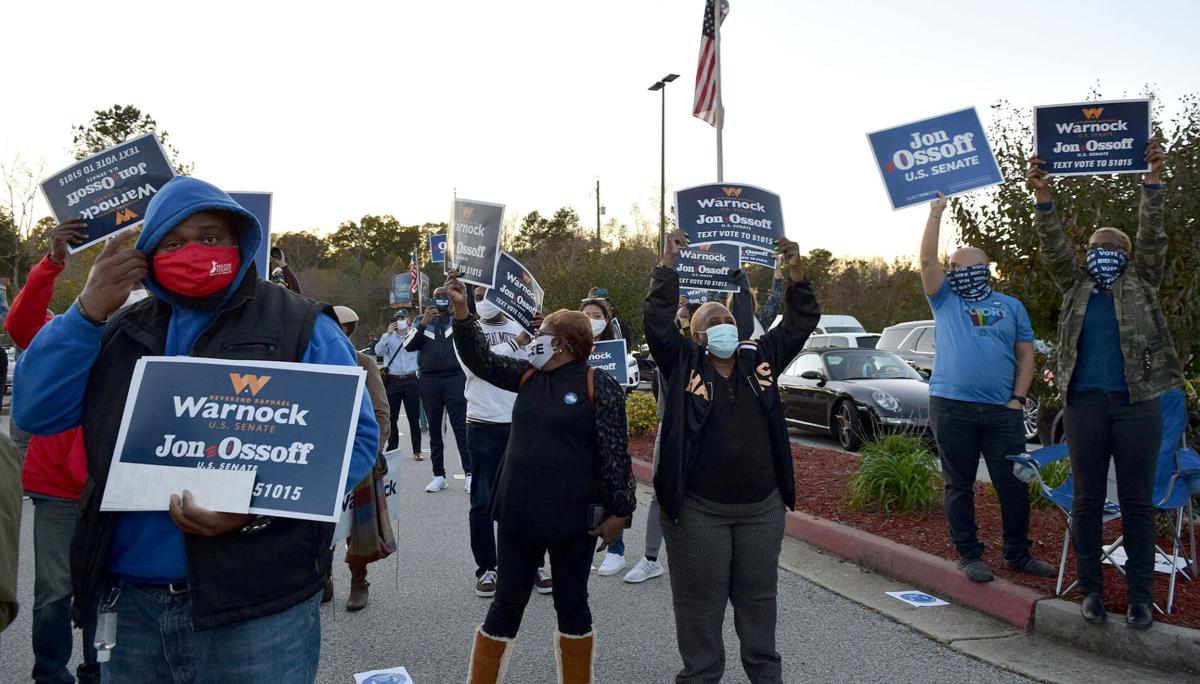 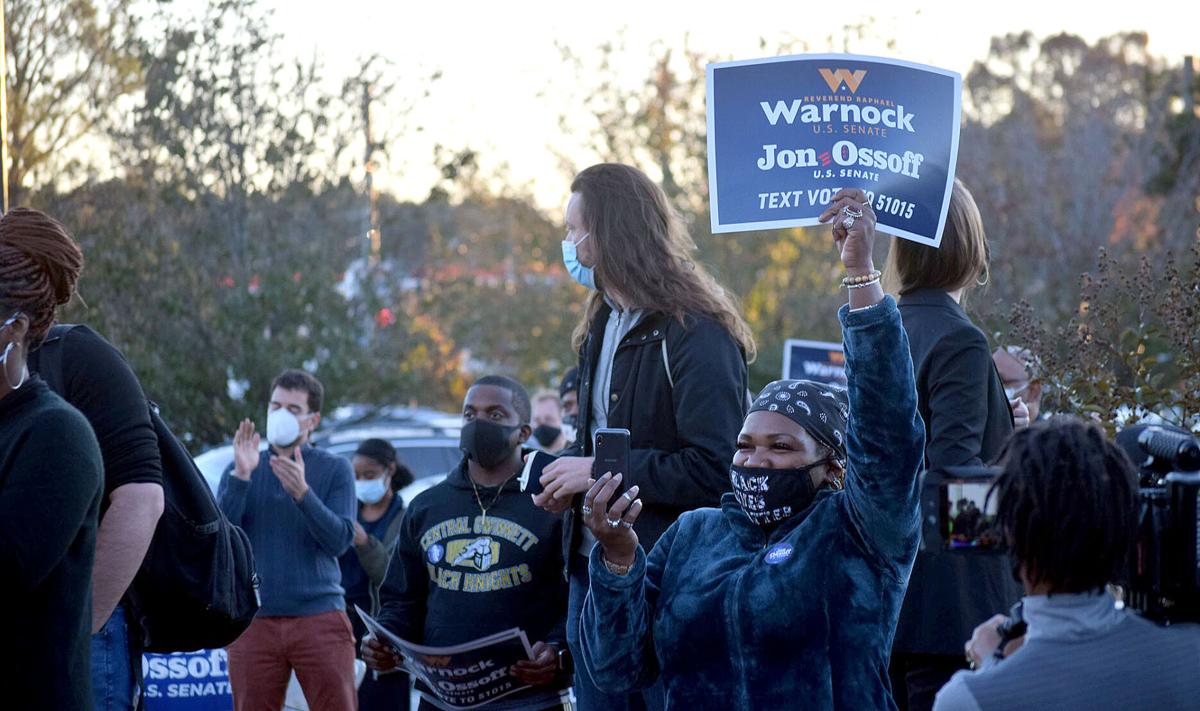 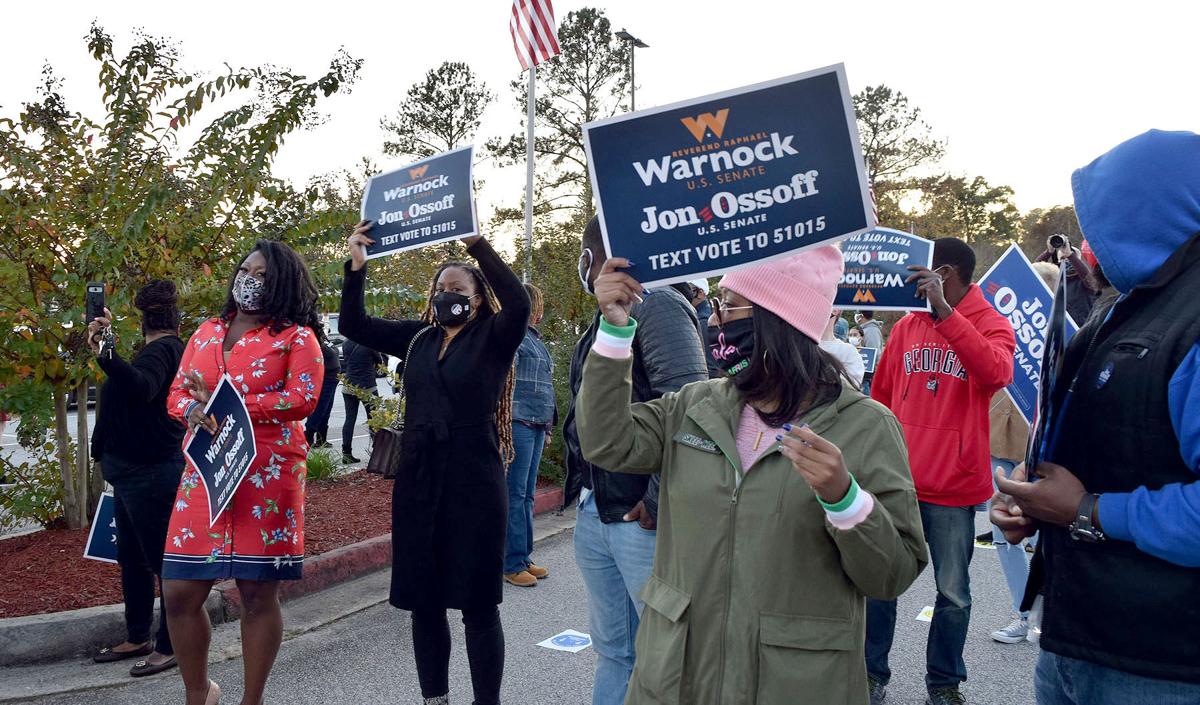 Above and below: Supporters hold signs during a Jon Ossoff and Raphael Warnock rally in Jonesboro at Divine Faith Ministries International. 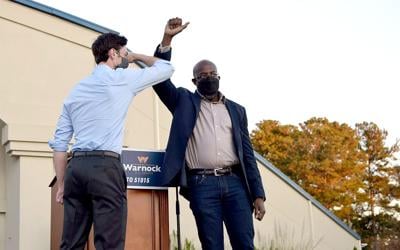 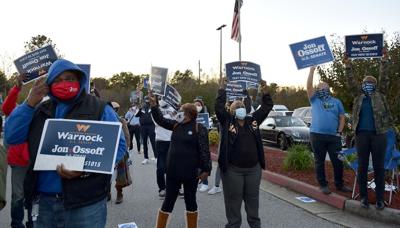 Above and below: Supporters hold signs during a Jon Ossoff and Raphael Warnock rally in Jonesboro at Divine Faith Ministries International.

U.S. Sen. Kelly Loeffler and her runoff opponent Rev. Raphael Warnock are squaring off over how to bolster health care and insurance coverage amid a bruising stretch of campaign attack ads in Georgia. Warnock appeared at a get-out-the-vote rally with fellow Democrat Jon Ossoff in Jonesboro Thursday.

Warnock, the senior pastor of Atlanta’s Ebenezer Baptist Church, has fixed health care as the hallmark issue of his campaign to unseat Loeffler, who until recently gave few insights on the campaign trail about her health-care stances beyond opposition to the Affordable Care Act (ACA).

Stacker curated a list of the greatest speeches given in the 20th century (1900–1999) from American presidents and political figures, international leaders, civil rights activists, celebrities, artists and ordinary citizens. Click for more.

“These so-called plans that are being laid out by the Republicans are no plan at all,” Warnock said in one of two virtual news conferences Nov. 16. “Simply announcing that you’re going to cover pre-existing conditions does not answer the question.”

Loeffler’s campaign dismissed the criticism from Warnock and went on the offensive, calling his plan too extreme for Georgians who favor less government involvement in their health insurance. Loeffler spokesman Stephen Lawson sought to assure the senator’s plan would be less costly and include coverage of pre-existing conditions.

“Warnock wants a government takeover, which would eliminate your private insurance, skyrocket costs and turn your doctor’s office into the DMV,” Lawson said.

Warnock, who was joined in a virtual conference Nov. 16 by U.S. Sen. Tammy Duckworth, D-Ill., has advocated expanding Medicaid in states like Georgia and empowering the federal government to negotiate drug prices with pharmaceutical companies. He also favors adding a public option to the Affordable Care Act.

Clashes between Loeffler and Warnock look to ramp up in the coming weeks ahead of the Jan. 5 runoff election, as both campaigns pour millions of dollars into television ads and the two contenders meet for a face-to-face debate on Dec. 6.

A pivot by Loeffler to focus more on health care in the race could signal her push to compete with Warnock on an issue he dominated in the months before the Nov. 3 special election, when Loeffler was forced to fend off a fierce challenge from fellow Republican U.S. Rep. Doug Collins of Gainesville.

GOP Sen. David Perdue has also faced broadsides from his Democratic opponent, investigative journalist Jon Ossoff, over health care and insurance coverage in Georgia’s other heated runoff race, which together with the Loeffler-Warnock contest could decide the balance of power in the Senate.

Perdue, like Loeffler, has said he supports protecting coverage for patients with pre-existing conditions, while Ossoff, like Warnock, has argued Republican-backed legislation contains loopholes allowing insurers to deny paying for treatment.

Ossoff also slammed Perdue for declining to participate in a Dec. 6 debate, saying the senator “shouldn’t run for re-election” if he shirks public debate. Perdue’s campaign accused Ossoff of having “lied repeatedly” in two debates before the Nov. 3 election as the reason for not participating next month.

Wins for both Ossoff and Warnock would likely tip the Senate in Democrats’ favor along with control of the U.S. House and the presidency, clearing the way for President-elect Joe Biden and Democratic lawmakers to enact their priorities with little resistance for at least the next two years.

Early voting for the Senate runoff elections starts Dec. 14. The deadline for Georgia voters to register for the runoffs is Dec. 7.