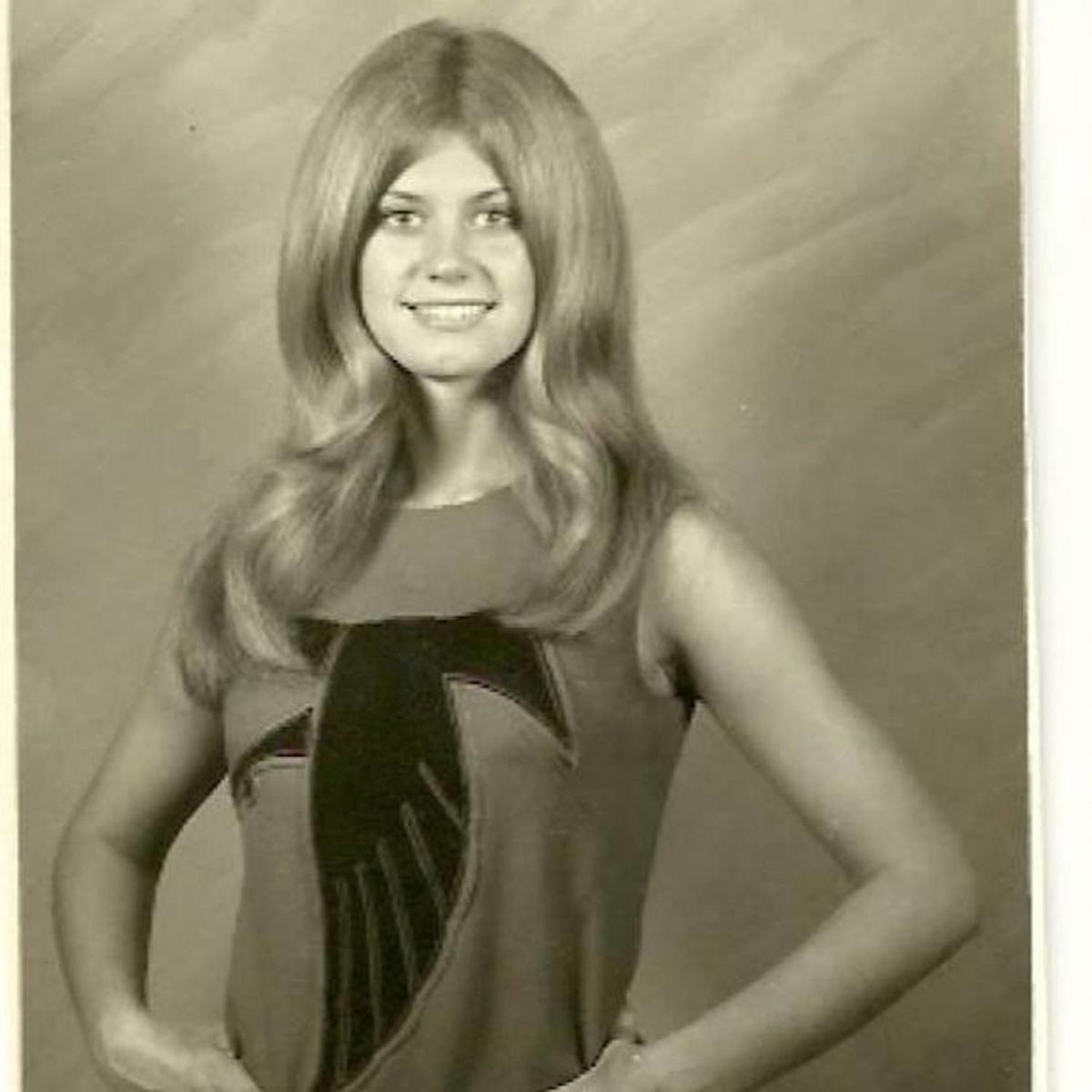 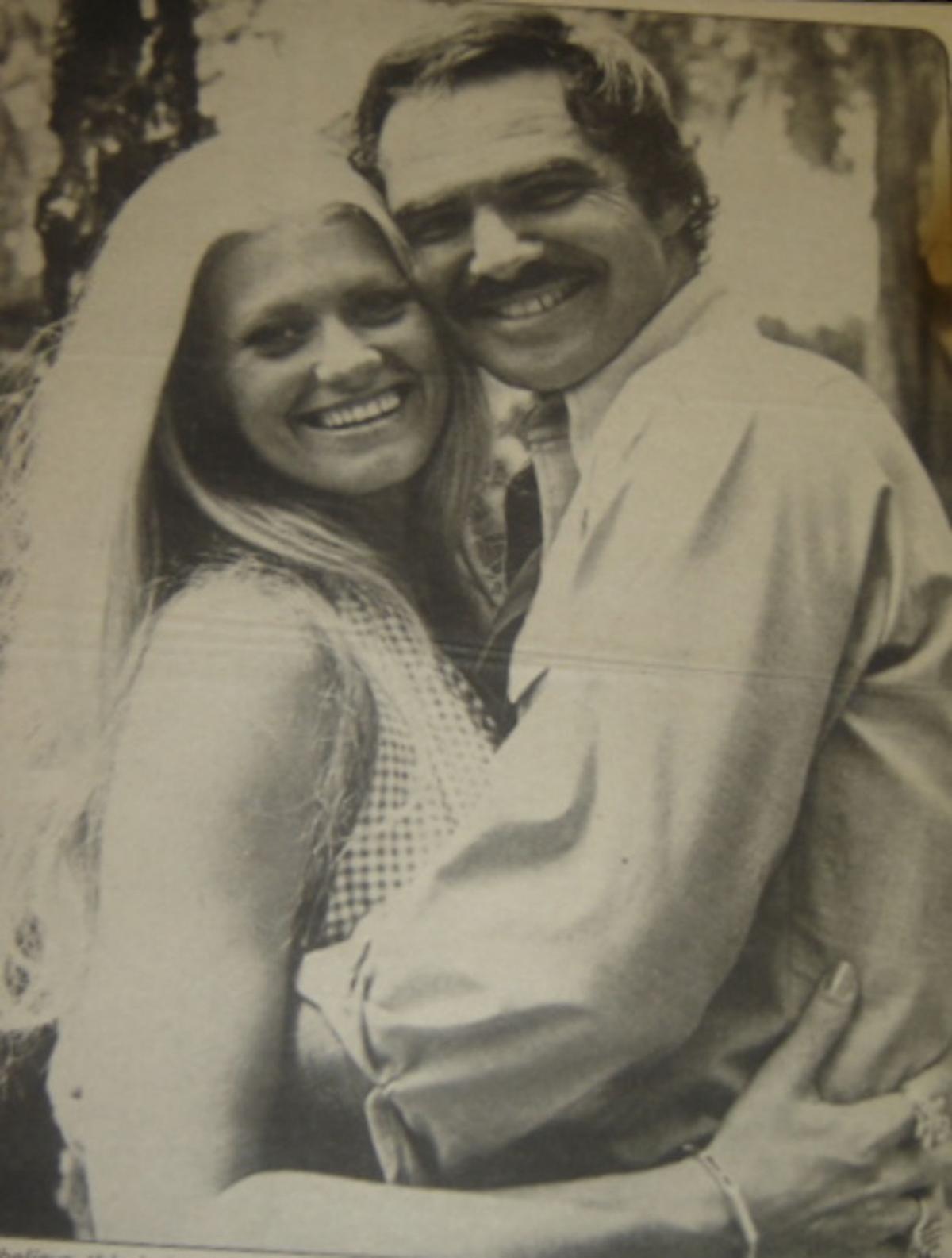 Diana Goodman McDaniel is shown here with Burt Reynolds. She was an extra on two of his films. (Special Photo) 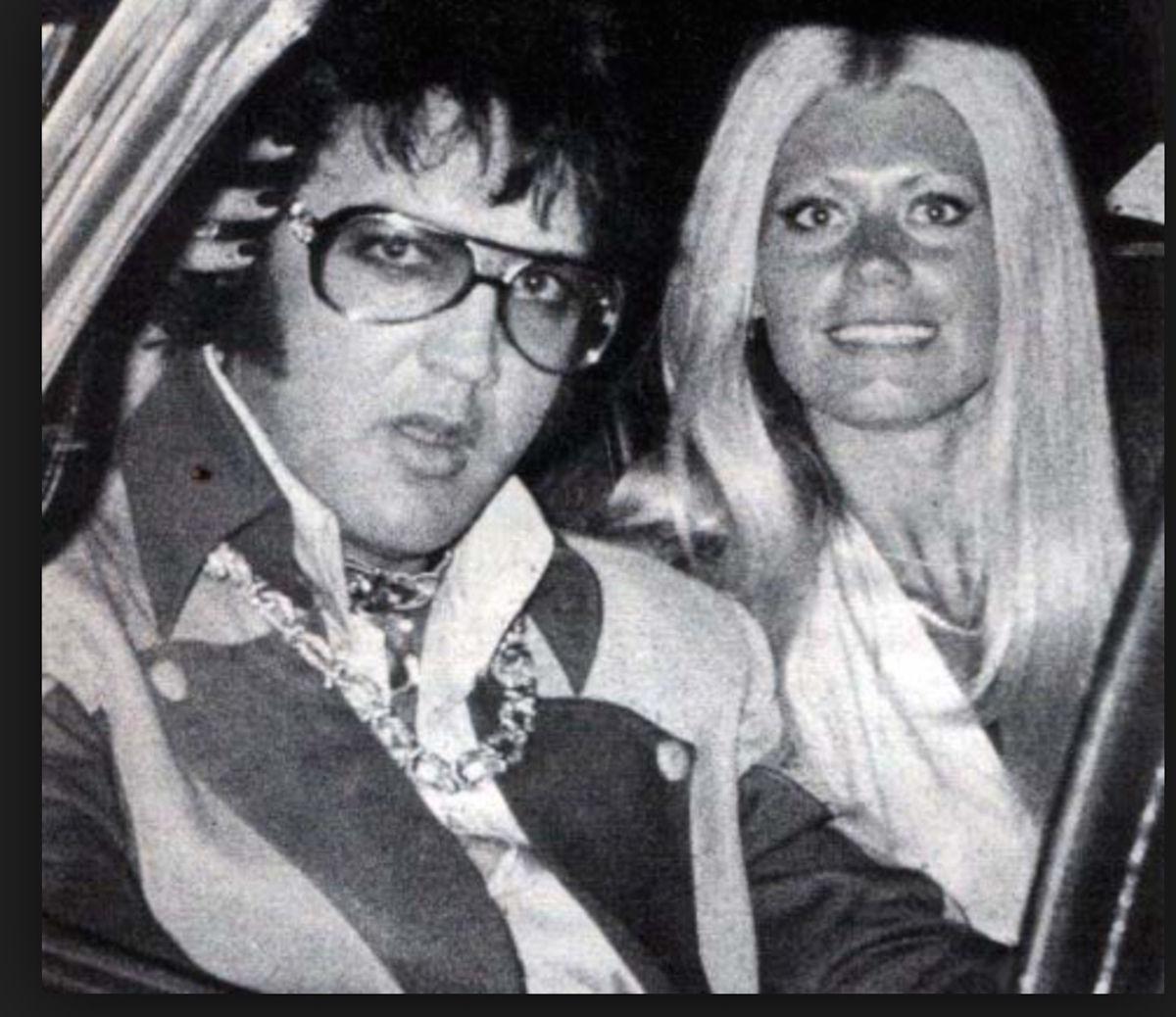 A former Hee Haw Honey, Diana Goodman McDaniel had a special relationship with Elvis. She was devastated by his death. (Special Photo) 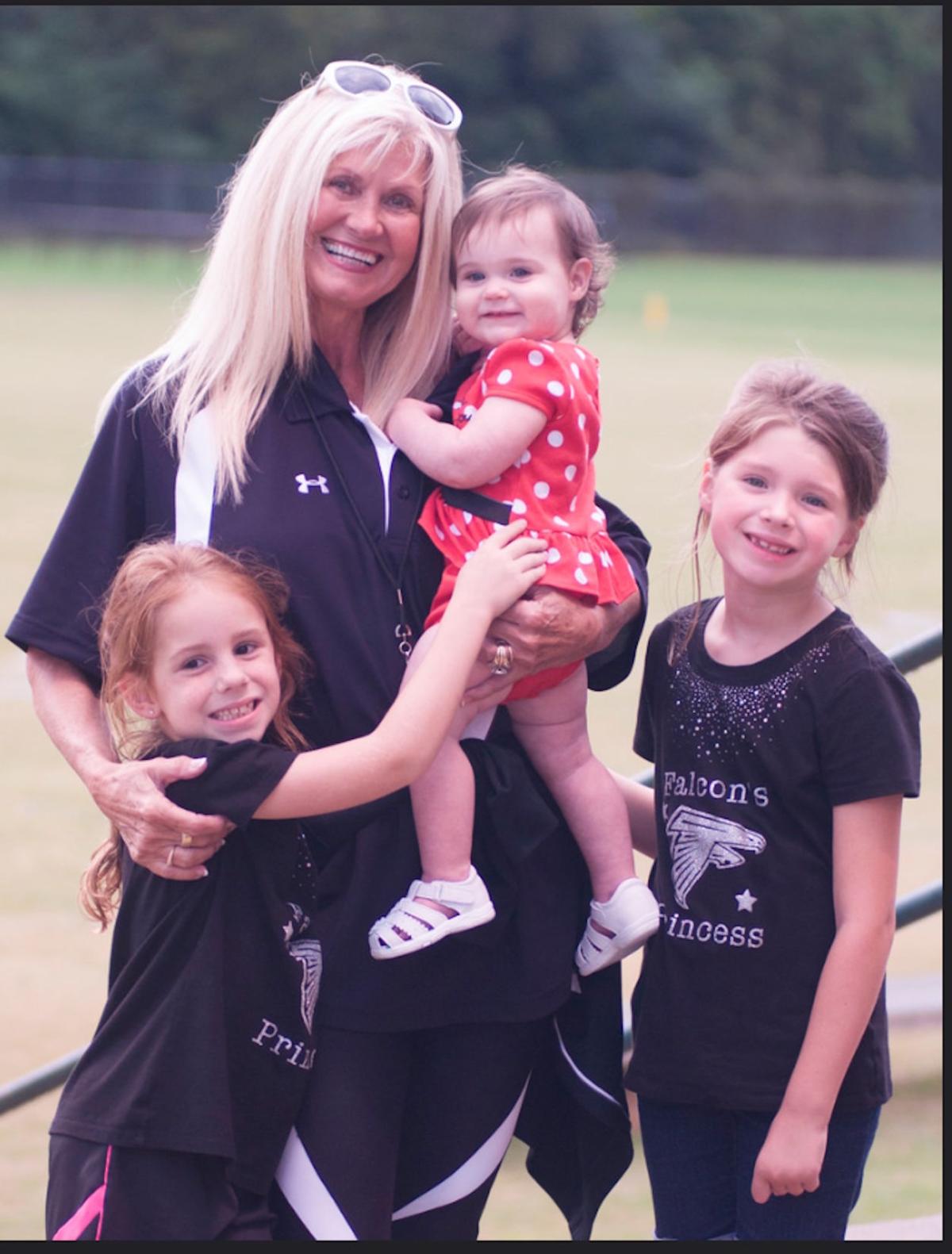 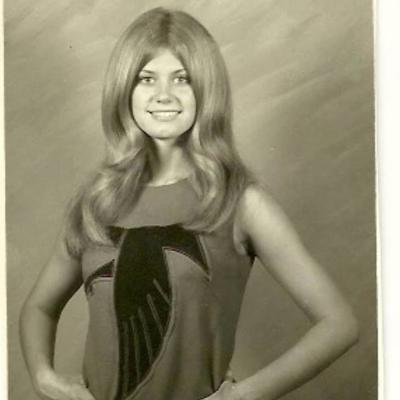 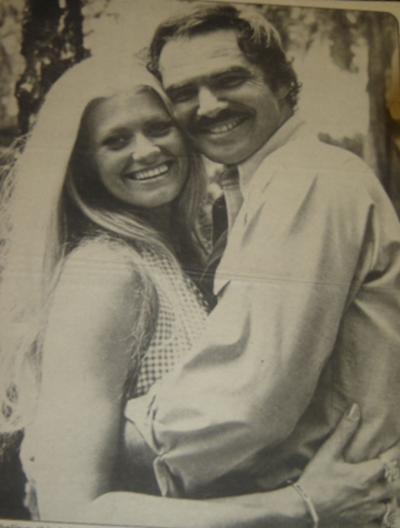 Diana Goodman McDaniel is shown here with Burt Reynolds. She was an extra on two of his films. (Special Photo)

A former Hee Haw Honey, Diana Goodman McDaniel had a special relationship with Elvis. She was devastated by his death. (Special Photo)

JONESBORO — Her long blonde hair twisted around huge hot rollers and wearing a blue floral peasant top, denim jeans and 3-inch heels, Diana Goodman stepped aboard Elvis Presley’s private plane ready for the journey of a lifetime. Anxiously sitting by the phone for weeks after they first met, she finally got the call she was waiting for and now “The King of Rock and Roll” was flying her out to meet him at one of his concerts.

For Miss Georgia USA 1975, getting dressed in less than two hours was a small feat, but Elvis’ call gave her only 30 minutes until the limousine arrived to whisk her off to the plane waiting on the tarmac. Arriving for the long flight feeling somewhat bedraggled and self-conscious about her six pieces of mismatched luggage, some of which was held together by duct tape, she wondered if the well-heeled limo driver and flight crew might be laughing behind her back thinking Elvis sure had lost his ability to make good choices in women.

“I have five hours to straighten up this mess of a girl,” Goodman remembers thinking at the time. “I buckled up for this long flight. Finally, we were airborne. I gazed across the blue sky, striped with orange and gold from the summer sun and watched as Los Angeles faded from my sight. On a beautiful, clear and sunny day, I was on my way to an adventure that would forever impact my heart and my life.”

Indeed, this former Forest Park High School homecoming queen hoping for a shot at stardom has quite a story to tell about falling in love with Elvis Presley and the high-flying times that found her in the company of some of the most famous men of the day. Ultimately getting her big break, she would become a regular performer on one of the top rated TV shows at the time.

Goodman shares these stories and more in the recently released “Hollywood Lights, Nashville Nights: Two Hee Haw Honeys Dish Life, Love, Elvis, Buck and Good Times in the Kornfield.” Co-written with another former Hee Haw Honey, Victoria Hallman, “Hollywood Lights, Nashville Nights” is a fun, gossipy — sometimes dramatic—read about two young women and their experiences with fame and the famous in the 1970s and ’80s. The book, which is published by Bear Manor Media, is also available at amazon.com, or by messaging Goodman on Facebook.

Looking at photographs sprinkled throughout “Hollywood Lights, Nashville Nights,” one sees the stunningly beautiful, long-legged Goodman with her trademark Miss Clairol Baby Blonde hair hanging down to her waist posing in a tight-fitting shiny jumpsuit. Another photo shows her sitting beside Elvis in the backseat of his car as the driver navigates them through a throng of fans. Another picture is one of Goodman with her head tilted back laughing with Elvis as she sits on one side of him and his long-time friend and assistant Joe Espisito sits laughing on the other side.

One cannot help but think this surely is a long way from the shy little girl who secretly entered the Hendrix Drive Elementary School beauty pageant in sixth grade. She walked across the stage wearing an ill-fitting dress with her eyes firmly staring at the floor.

“Oh, it was horrid,” she said laughing during an interview this week from her home in Canton. “Because I wasn’t forthcoming with my parents, I had on a dress that was too big and I walked across the stage with my head down completely. I couldn’t look at the audience. But when it was over, I wasn’t disappointed. I was just happy I made it through without passing out.”

When her parents found out, they were shocked. She had never told them she was going to be in the pageant. They thought she was just going to the school to watch her friends. The daughter of Faye Goodman Phillips of Forest Park and the late Raymond Goodman, who passed away in 1994, would often shock and surprise her family in the years to come.

Her first foray into the limelight would grow steadily as Goodman got involved in drama at school and became a cheerleader. Soon after graduating from Forest Park High School in 1969, she was selected to be an Atlanta Falcons cheerleader. Goodman cheered for the NFL team several years and today remains in touch with many of her fellow cheerleaders.

Beautiful and still turning heads at 67, she is enjoying this stage of her life spending time with friends and family, many of whom still live in Clayton County. She stays close to her three sons Colt, Jordan and Zane McDaniel and loves playing with her three granddaughters; a grandson is on the way. She also cherishes the many memories she has of her beloved husband of 30 years who passed away in 2017 from cancer. It was Roger McDaniel who always told her, “You should write a book.”

They met in Nashville when he was 42 and she was 34. He had played in a band with Jerry Lee Lewis and had once had his own band, but by the time they met, McDaniel was a banker. Neither had been married before and they became close friends first before falling in love.

Goodman’s voice is still tearful when talking about her husband, but she said writing the book helped her get through some of the loneliest days after his death. She said he had a wonderful sense of humor and liked to tell people, “Yeah, I took her from Elvis.”

With her husband encouraging her, she said the two of them would often sit in bed at night laughing and talking while she typed notes into her laptop about her days as a Georgia beauty queen who caught the eye of Elvis Presley. There are stories in “Hollywood Lights, Nashville Nights” that tell about her dates with astronaut Buzz Aldrin, movie star Clint Eastwood and American heartthrob Ricky Nelson. Writing in an easy-to-read conversational style, Goodman puts the reader in the midst of the moment.

“Hollywood Lights, Nashville Nights” follows Goodman’s roller coaster ride of meeting, dating and going on tour with Elvis Presley. He showered her with jewelry and clothes before things ended badly with a confusing break up due to a misunderstanding. It had to do with photos taken by paparazzi of Goodman and Burt Reynolds standing together and smiling. She was an extra on Reynolds’ film “Gator” and then on “Smokey and The Bandit.” Elvis didn’t like seeing the picture of her with Burt and ended their relationship. The book tells how Goodman could not move on after Elvis. She was in love with him and had put her life on hold, hoping for a future with him. She went on dates, but compared everyone she went out with to “The King of Rock and Roll.” When she learned of his death in 1977, she was shocked and went into mourning.

By 1979, Goodman said she was beginning to put Elvis behind her and again started thinking about her dream to make it in show business. She was lamenting being 30 in a town where 25 is considered over the hill. It was then she realized her phone answering machine light was blinking. Pushing the button, Goodman heard the voice of Hee Haw producer Sam Louvullo. He was calling because he wanted to cast her as Trixie Dixie in the Dixie Twins sketch comedy part of the popular TV variety show. Goodman would spend the next five years being one of the infamous Hee Haw Honeys.

PHOTOS: Movies come to life at the Studio Service Group in Forest Park

FOREST PARK — Studio Service Group is an enormous but unassuming warehouse. On the outside it looks like any other metal building, but on the …