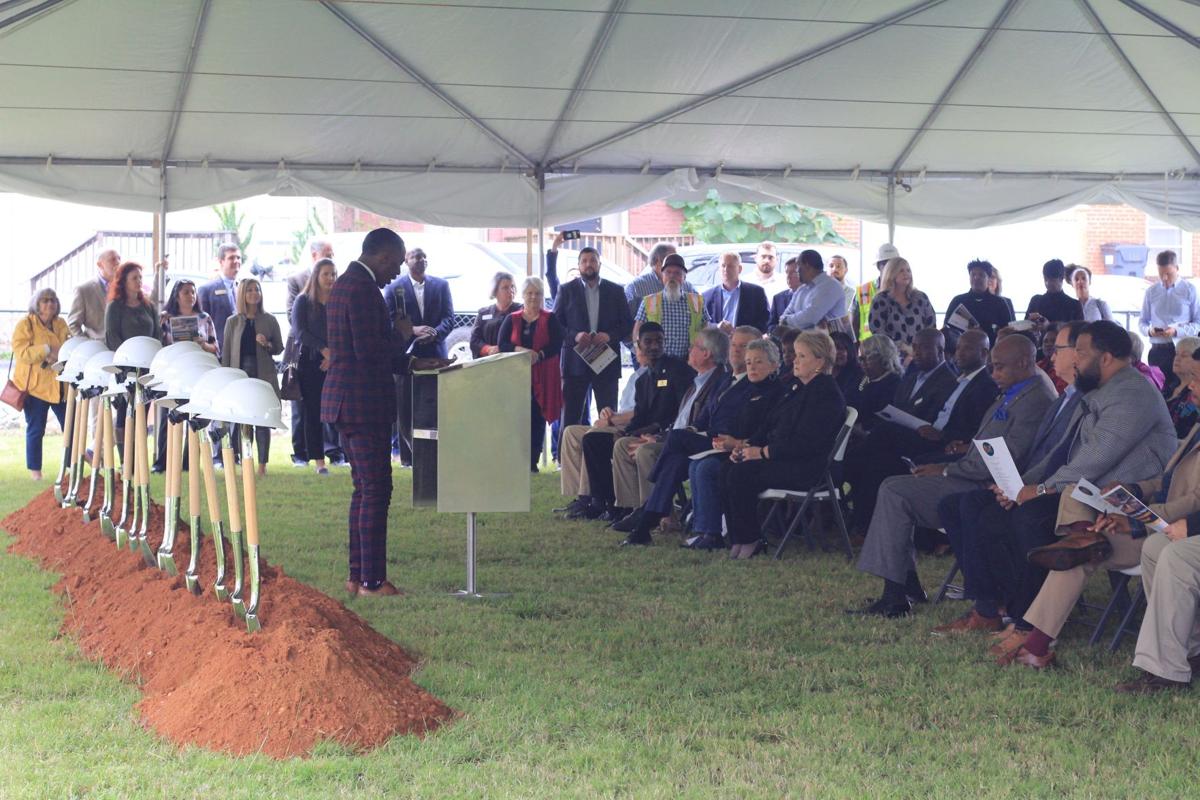 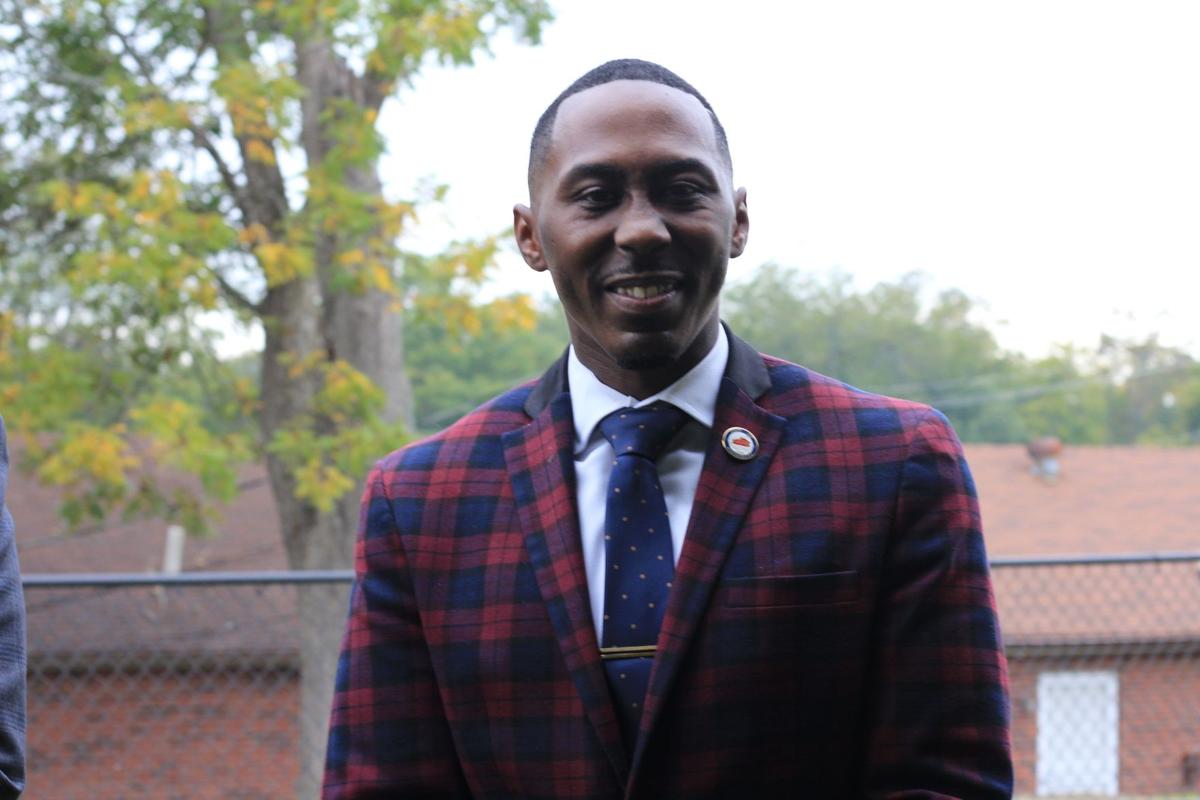 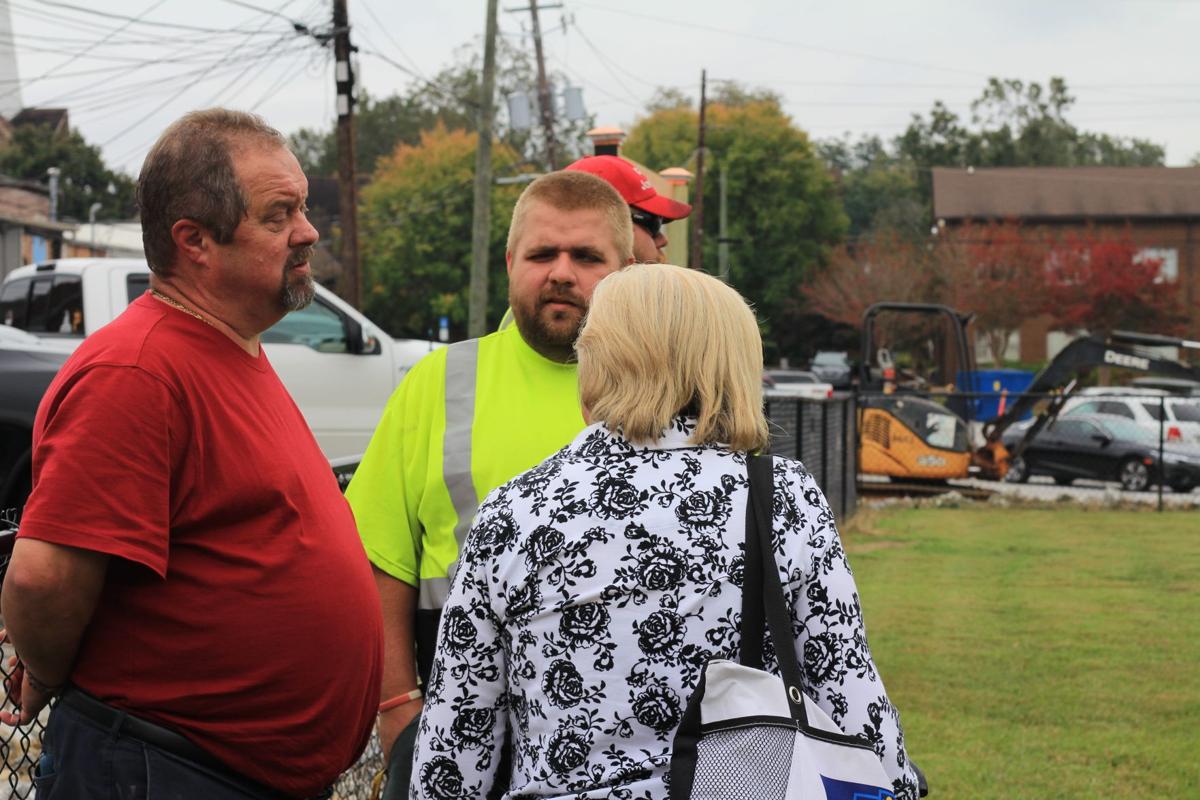 Crowds packed the tent at the ceremonial groundbreaking for Broad Street Plaza in Jonesboro Oct. 29. 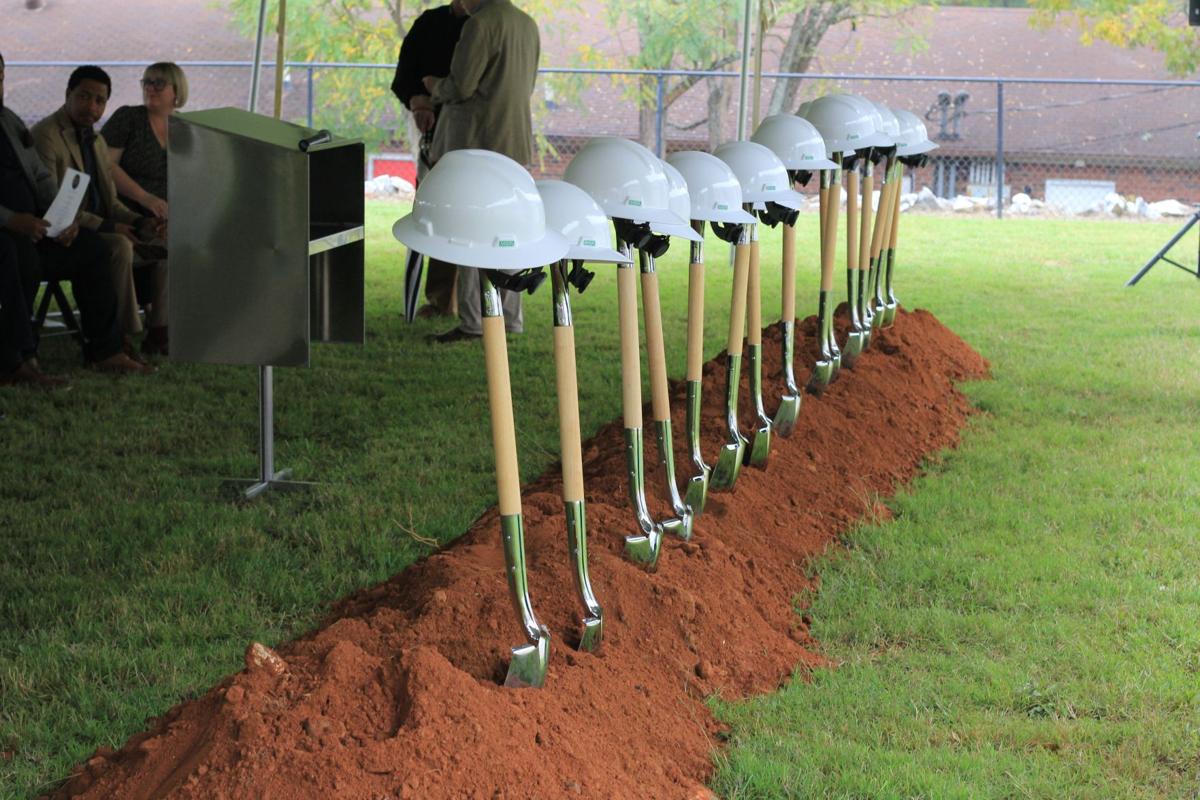 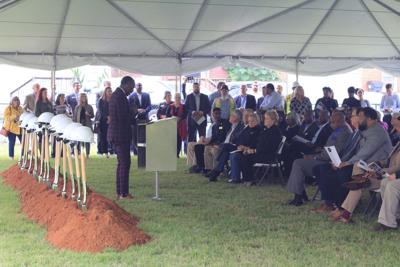 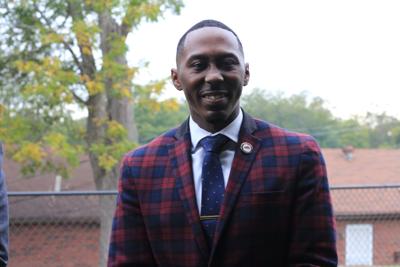 Crowds packed the tent at the ceremonial groundbreaking for Broad Street Plaza in Jonesboro Oct. 29.

JONESBORO — After all the planning, all the fundraising, all the permits and business deals and site surveys, the city of Jonesboro broke ground Oct. 29 on its long-awaited Broad Street Plaza project.

A giant digital screen on a trailer parked behind the shops on Main Street flew viewers through a conceptual design of the pedestrian plaza to come. Behind the Old Firehouse, a large tent sheltered most of the county’s biggest political wheelers and dealers, as well as a long pile of red dirt, punctuated by silver ceremonial shovels topped by hard hats, from the late-afternoon clouds.

This event was City Manager Ricky Clark’s baby. Acting as master of ceremonies, Clark called up key players in the project one by one in a carefully-choreographed groundbreaking ceremony.

Mayor Joy Day praised Clark for his efforts in putting together the nuts and bolts of the project, as did Reynolds, who spoke of Clark’s fundraising efforts.

“When I said, ‘You’re going to need some money to make this whole Main Street thing happen,’ he said, ‘OK. I’ll throw a party.’ And he threw a gala, and he raised $70,000 to help support the Main Street program,” Reynolds said. “So anything that you guys think is possible, I believe that you have the capacity to do it because of who you are as a community.”

See a 3-D conceptual flythrough of the project: youtu.be/JZsB6cRWVTU.

Dignitaries attended the groundbreaking for Main Street Jonesboro. The project will change the face of downtown Jonesboro, inviting a more ped…