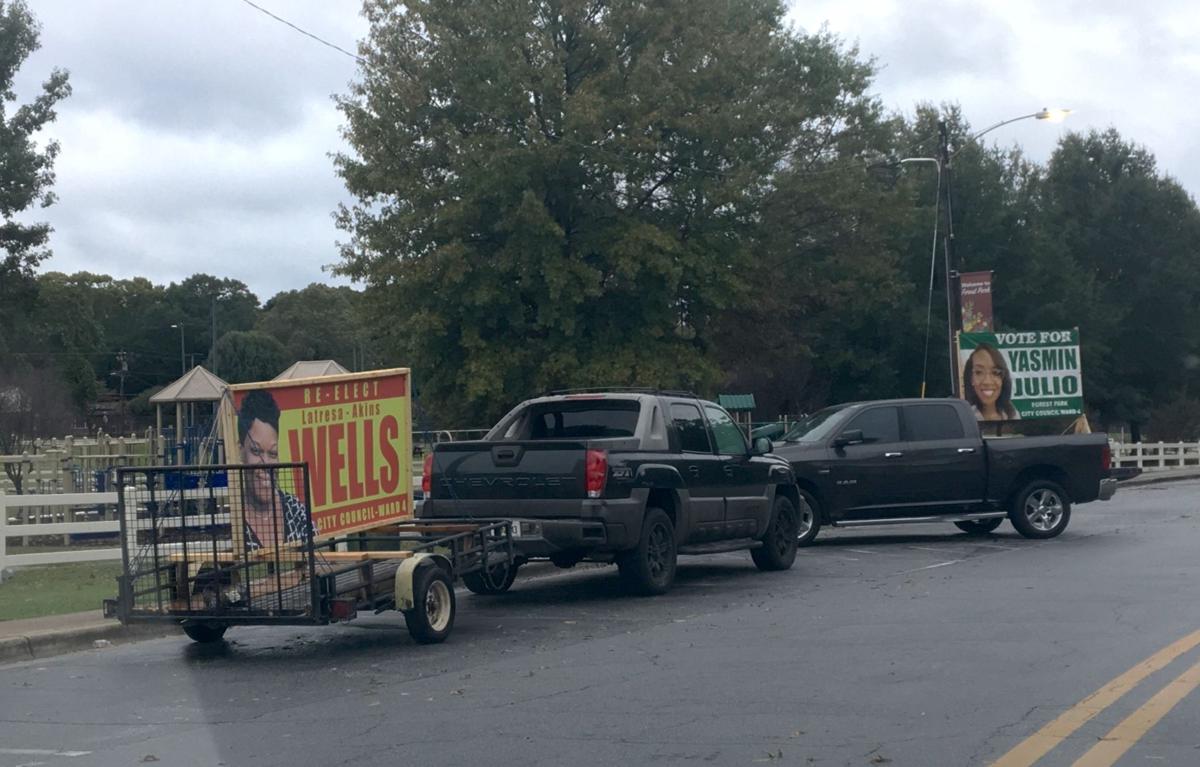 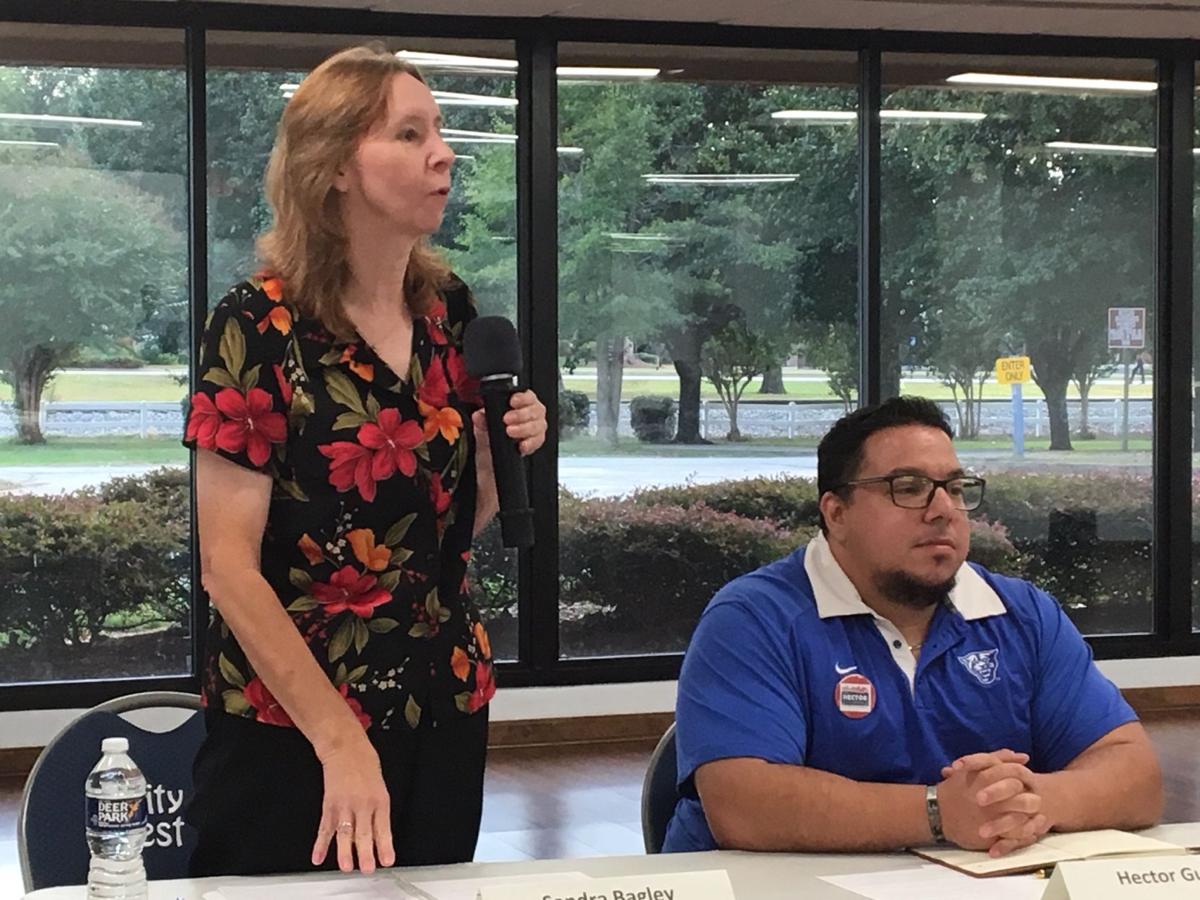 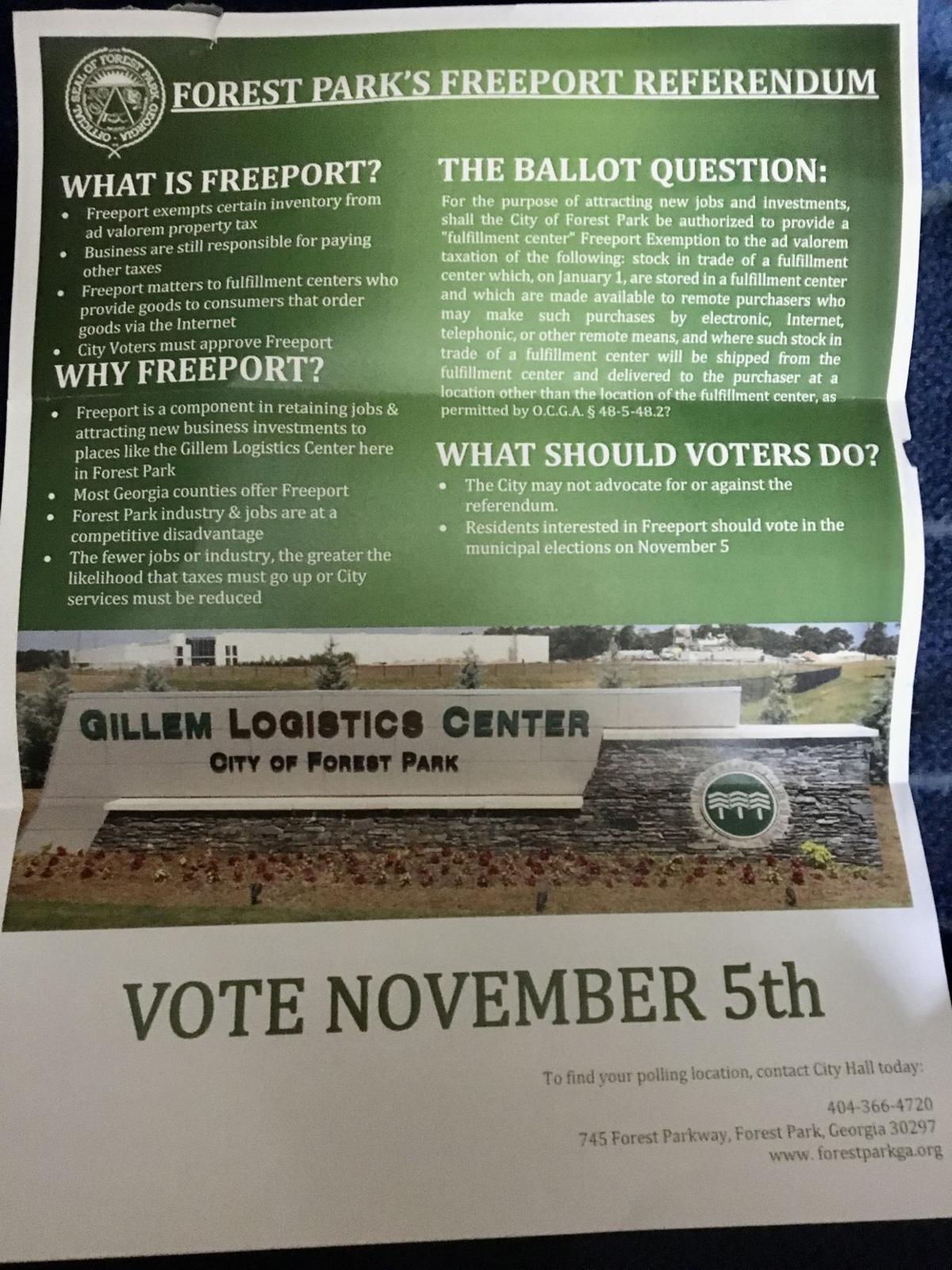 The state Elections Office is investigating why a city-distributed "informational flyer" was handed out inside the Forest Park polling place on Election Day. The flyer supplied information about the pros of passing a freeport exemption ballot measure but did not list any of the cons. The measure passed. State elections law forbids electioneering inside polling places. 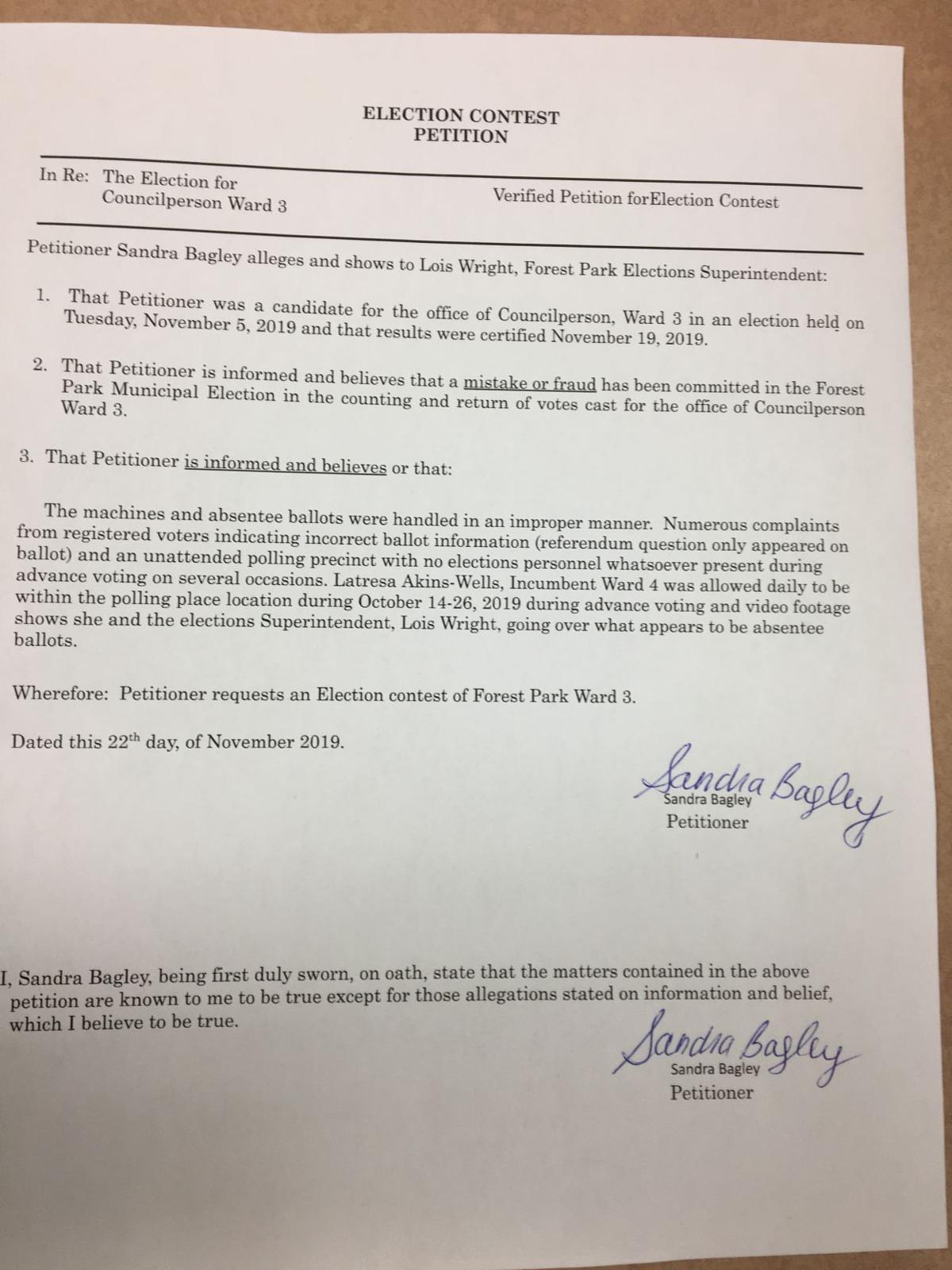 Forest Park Ward 3 Councilwoman Sandra Bagley has filed a petition to contest the Nov. 5 election, alleging "a mistake or fraud has been committed...in the counting and return of votes cast" in her race against Hector Gutierrez. 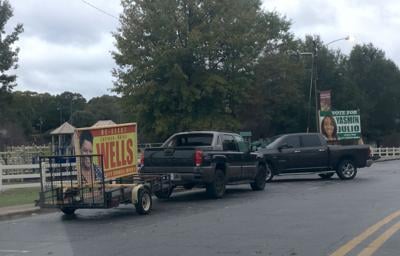 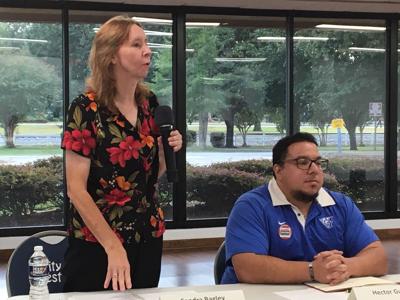 The state Elections Office is investigating why a city-distributed "informational flyer" was handed out inside the Forest Park polling place on Election Day. The flyer supplied information about the pros of passing a freeport exemption ballot measure but did not list any of the cons. The measure passed. State elections law forbids electioneering inside polling places.

Forest Park Ward 3 Councilwoman Sandra Bagley has filed a petition to contest the Nov. 5 election, alleging "a mistake or fraud has been committed...in the counting and return of votes cast" in her race against Hector Gutierrez.

Julio, who lost a bitterly-contested Ward 4 council race to incumbent Akins-Wells, filed a petition Nov. 20 to contest the election. The petition names Election Supervisor Lois Wright and Akins-Wells as defendants. Akins-Wells said this and other complaints Julio filed after losing to Akins-Wells in 2015 were “bogus” and that “nothing has come of them because they are lies.”

Julio also filed a complaint with the Clayton County Elections Office, which was forwarded to the Georgia Secretary of State’s office.

“Julio has lost the last two elections and has done absolutely nothing for Forest Park except come out of hiding during Ward 4’s election time,” Akins-Wells told the News. “I did everything like I was supposed to, broke no laws and touched no ballots. It’s not against the law to take ABRs (Absentee Ballot Requests) to City Hall. That’s all I did. My mailbox is there, paper work is there and nobody told me that it was against any law to come to City Hall during the election.”

Ward Three Councilwoman Sandra Bagley, who lost to challenger Hector Gutierrez, told the News she was also filing an election challenge Friday. Bagley told the News her issues were with “candidates inside polls and a lost absentee ballot box key then 10 add(itiona)l absentee votes 13 days after the election.”

The News saw Bagley file her petition in the Clerk of Superior Court’s office Friday afternoon. Bagley alleges that City Hall security footage shows Akins-Wells and Wright “going over what appears to be absentee ballots” and that Akins-Wells “was allowed daily to be within the polling place location during October 14-26, 2019 during advance voting.”

The News attempted to reach both Akins-Wells and Wright for comment on Bagley’s allegations late Friday afternoon.

Akins-Wells said, “Her (Bagley’s) claims are bogus. She’s a sore loser and looking for anything to justify her losing except the fact that she has done absolutely nothing for Ward 3 and goes against anything that certain member of council want that’s going to help move our city forward and the people wanted different. Move on!”

She added, “I would like to say that unless they have facts about me breaking some law that they should refrain from mentioning my name in these bogus complaints.”

On election night, Wright announced that Gutierrez beat Bagley 221 to 132, which elicited a celebratory roar from those in the stands. However, the final numbers Wright announced were Gutierrez 140, Bagley 132—a difference of eight votes as opposed to 89.

A separate challenge Bagley had filed Sept. 23 against Wright for qualifying challenger Patricia Manley was dismissed with prejudice Nov. 1 by Superior Court Judge Aaron B. Mason because Wright later removed Manley from the list of qualified candidates. (“Dismissed with prejudice” is a legal term for “this is the final word on the matter.”)

The Secretary of State’s Office also has opened an investigation into the presence of city-authorized flyers touting possible benefits of a proposed freeport tax exemption for fulfillment warehouses. City officials had called the flyers, which were being handed out inside the polling place on Nov. 5, “informational” but did not include any possible drawbacks the proposal might present. An investigator from the Elections Office had the flyers removed that morning after the News called to ask whether they were allowed inside the polling place.

Wright told the City Council that the differences in election night and final numbers were the result of “human error” and that one voting machine tape printout had been overlooked. Wright also said she thought she had misplaced the absentee ballot box keys, called Public Works to cut off the lock, then found her keys in her purse.

Wright was reviewing Bagley’s filing after the News sent her a copy.

Stacker compiled data on all drama TV shows from the ’80s and ranked them according to IMDb user rating to bring you the best TV dramas of the decade. Click for more.

It's not just your imagination. Drivers in the pandemic have gotten more reckless