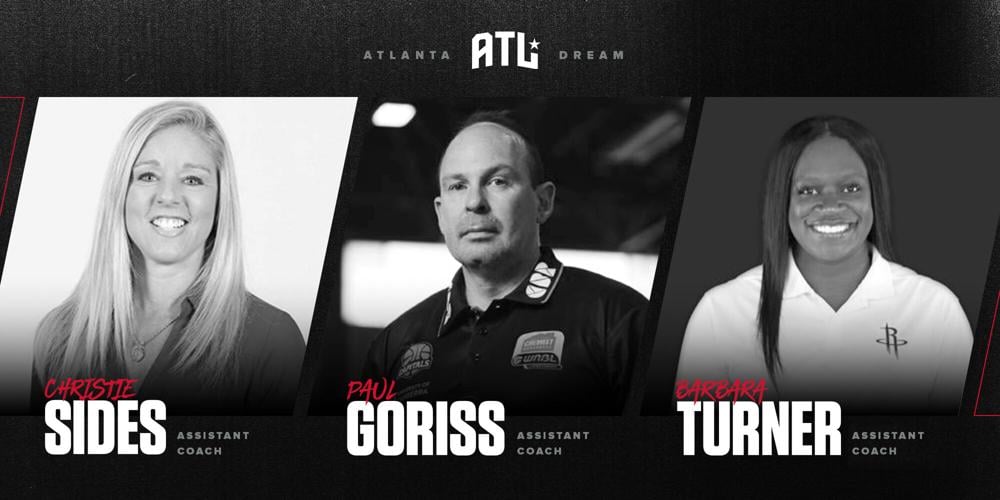 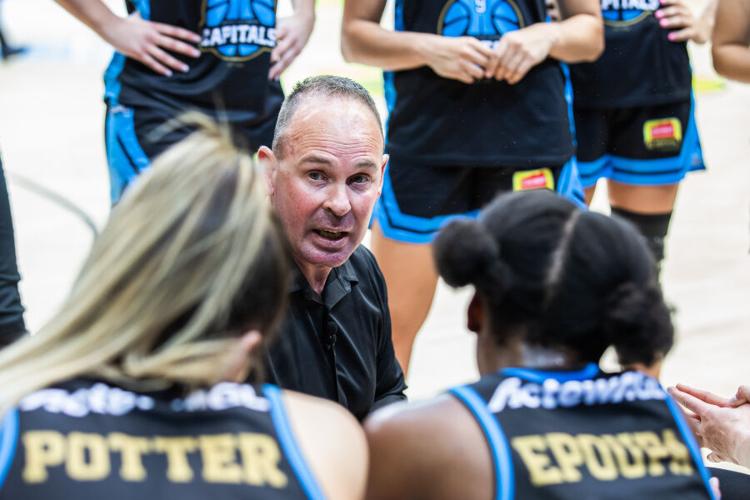 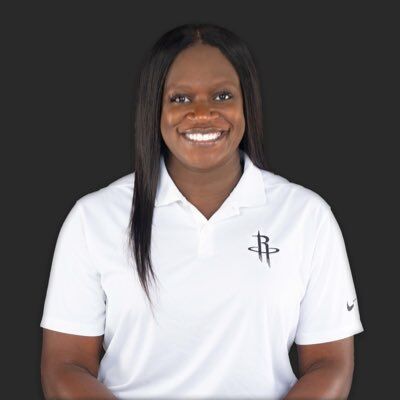 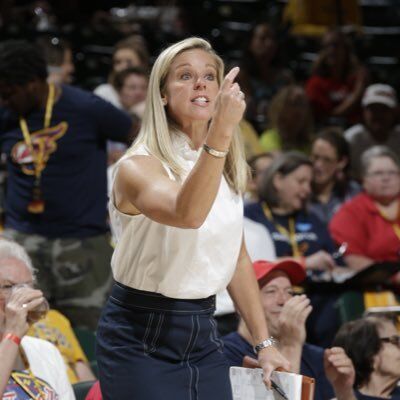 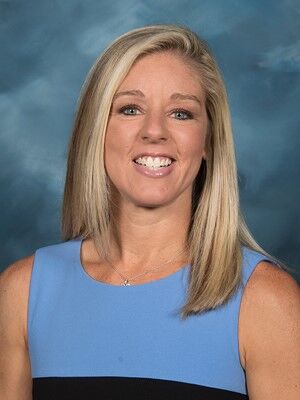 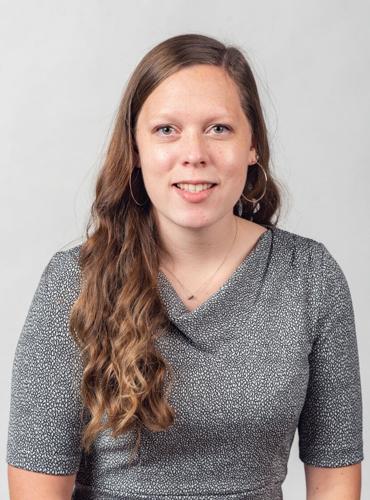 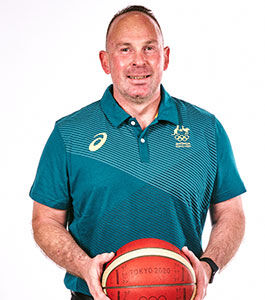 “Each member of this staff will serve as a critical resource for our players, and for me as a first-year head coach,” Wright said. “I believe that iron sharpens iron, so it is important for me to surround myself with world-class coaching talent and resources to help me — and in turn, this franchise — grow in the first year of our rebuild.”

Sides brings nearly 20 years of coaching experience to the Dream, most recently serving as the associate head coach for the Louisiana-Monroe Warhawks. She comes to Atlanta with eight years of WNBA coaching experience, spending two years with the Indiana Fever and six with the Chicago Sky, leading the Sky to their first Eastern Conference Championship in 2014 and serving as an assistant coach in the WNBA All-Star Game in 2015.

“Christie brings a ton of league experience to the Dream and she fits right in with everything we’re trying to build here,” Wright said. “Her energy is off-the-charts and she is well-respected by players in the league. She shares my excitement about what we’re building here in Atlanta and is going to be a great addition to our staff.”

In between her WNBA coaching stints, Sides served as associate head coach for Northwestern. She played an instrumental role in the continued growth and development of No. 5 overall selection and current Atlanta Dream player Nia Coffey, the highest-drafted Northwestern basketball player in school history.

“I am thrilled to be back in the W and I am so thankful for the opportunity to join Tanisha in her first season leading the Dream,” Sides said. “I spent several years coaching against Tanisha and there are two things that never wavered about her: she was always the hardest worker and has always garnered respect from the basketball community. I believe these qualities will play a huge role in the success she will bring to this organization for years to come. I look forward to rolling up my sleeves and going to work with her and the rest of the Dream staff this season.”

“I wanted someone on our staff who could bring fresh ideas and a newness to our approach with this team, and Paul will fill that role perfectly,” Wright said. “Paul has a ton of experience as a head coach and built a WNBL Championship team from scratch. He has a great basketball mind and will serve as a sounding board for me as I continue to grow as a coach.”

Goriss coached the Australian U19 Women’s team to a bronze medal at the 2015 FIBA U19 World Championship in Russia. He also served as an assistant coach for the Australian U19 Men’s teams that competed at the 2011 and 2013 FIBA World Championships. His first experience on a WNBL coaching staff was with the former South East Queensland Stars for the 2015-16 season, when he took over the franchise in the latter half of their season. Goriss also coached current Dream guard Kristy Wallace with the Australian Junior National Team and in the WNBL.

“I am really excited to join the Dream and help head coach Tanisha Wright build this team into a championship contender,” Goriss said. “In talking with both Dan Padover and Tanisha, what stood out to me was the way they want to build the Dream the right way, their desire to give back to the city of Atlanta, and their love for the game. I know what it takes to build a franchise and I want to support Tanisha any way I can to help build this team into something Atlanta can be proud of.”

Turner joins the Dream after spending the last year as a player development assistant and translator with the NBA’s Houston Rockets. She played three WNBA seasons after the Seattle Storm drafted her 11th overall in the 2006 WNBA Draft, where she played her rookie season alongside Wright.

“Barbara’s hire is really special to me personally as she is a young, talented basketball mind and really understands the game,” Wright said. “As a former player herself, Turner had to develop and grow her game to play at the highest level which will help our players connect with her on a different level. She is a young talent whose career is just beginning to take off, and we’re lucky to have the chance to bring her to Atlanta.”

Turner has spent 15 seasons playing overseas, acquiring a US and Turkish dual citizenship while playing in Turkey, most recently playing two seasons with Çankaya Üniversitesi in Ankara. She was a distinguished player at Connecticut, where she led the Huskies to back-to-back National Championships in 2003 and 2004.

“This is a full-circle moment for me to return to the WNBA as a coach,” Turner said. “I’m grateful and excited for this opportunity to join the Atlanta Dream and help Tanisha build something special for the city of Atlanta. I’m really looking forward to working with this staff and our players to work towards bringing a WNBA Championship to Atlanta.”

McNeil and Buria round out the Dream’s development staff. McNeil brings nearly 20 years of player development and coaching experience to the Dream, most recently serving as the Head of Player Development and Scouting for GMG Sports & Entertainment and a Youth Developmental Coach for the NBA’s Washington Wizards. Buria spent the 2019 season and a part of the 2021 season as an athletic training assistant with the Dream before heading to College Station to serve as Texas A&M’s women’s basketball athletic trainer for the 2021-22 NCAA season.

“Dale and Katie’s addition to the team is representative of the importance we are placing on year-round player development and player health,” Wright said. “Dale comes with a ton of valuable experience and has worked with professional athletes for years. He will be extremely beneficial to us as we build our team through the Draft. Katie will come in and support our head athletic trainer, Natalie Trotter, which allows us to provide even more care for our athletes. She is a rising star in this field, and we feel lucky that she is returning to the Dream to work with us this season.”

The Atlanta Dream will tip off their milestone 15th season in the WNBA in May 2022. The team currently plays home games at the Gateway Center Arena @ College Park and has qualified for the WNBA Playoffs in nine of its first 14 seasons.

If you're planning on firing up the grill this weekend, consider trying out one of these recipes.  Click for more.

'I don't know if we're going to be able to handle the increase': Minnesota clinics brace for influx of abortion patients