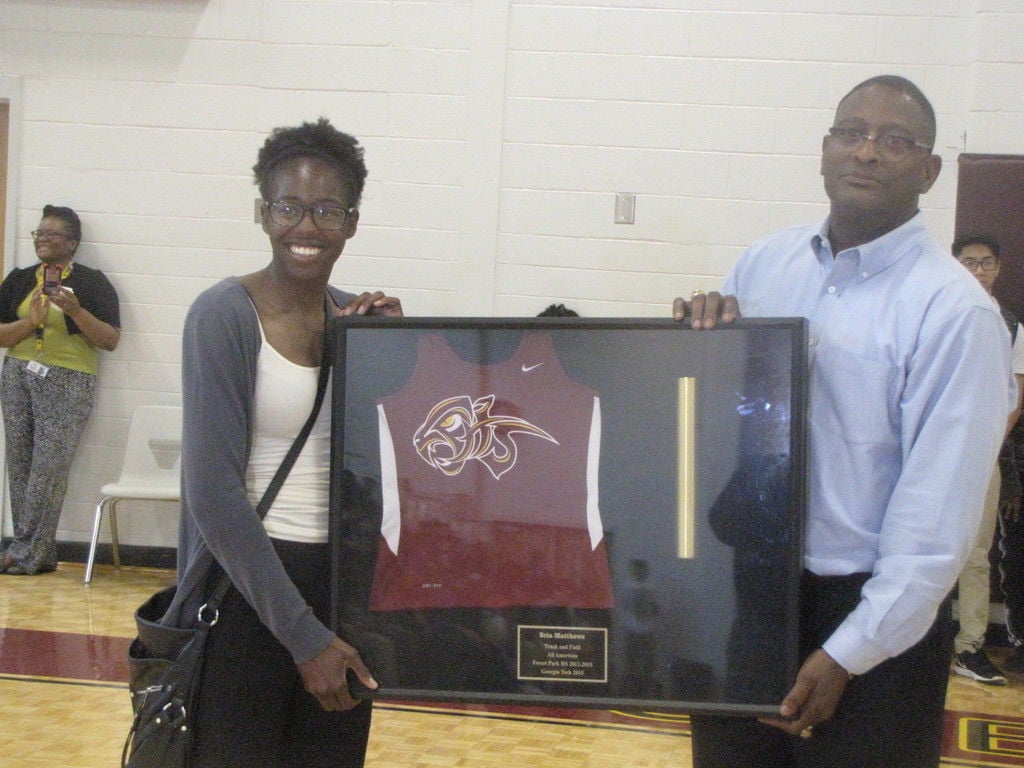 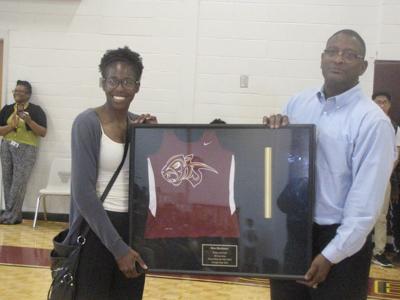 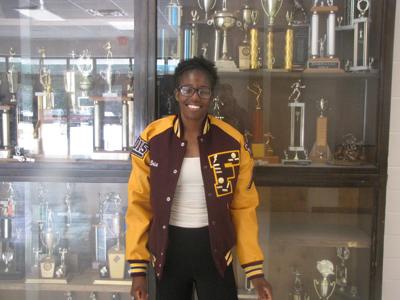 FOREST PARK — Forest Park High alum Bria Matthews became just the third student-athlete to have their jersey retired in a ceremony held Tuesday at the school.

In front of a crowded gym of current students, the 2015 graduate was honored with a framed track jersey by Principal Derrick Manning and Athletic Director Angela Arnold that will hang on the walls of Forest Park High. She was also given a custom letterman’s jacket.

Matthews broke the state record in the triple jump in the Class AAAAA championship as a senior at Forest Park High. She was the first girl in the state of Georgia to reach 42 and 43 feet in that event, and was named an All-American by MileSplit and USA Today. Her season culminated in an individual state championship in the Class AAAAA triple jump.

Matthews earned a full athletic scholarship to Georgia Tech where she continued her stellar career. As a freshman this season, she won gold medals in the triple jump and long jump at the Atlantic Coast Conference Indoor Track and Field Championships. Matthews was named Women’s Field MVP by the league coaches.

“Bria Matthews defines the true essence of a model student-athlete,” said Arnold. “She is very humble. She works hard in the classroom and on the track. She is extremely passionate, dedicated and focused. Bria is simply a young lady of excellence.”

Congress or President Trump Must Fix the PPP Tax Glitch