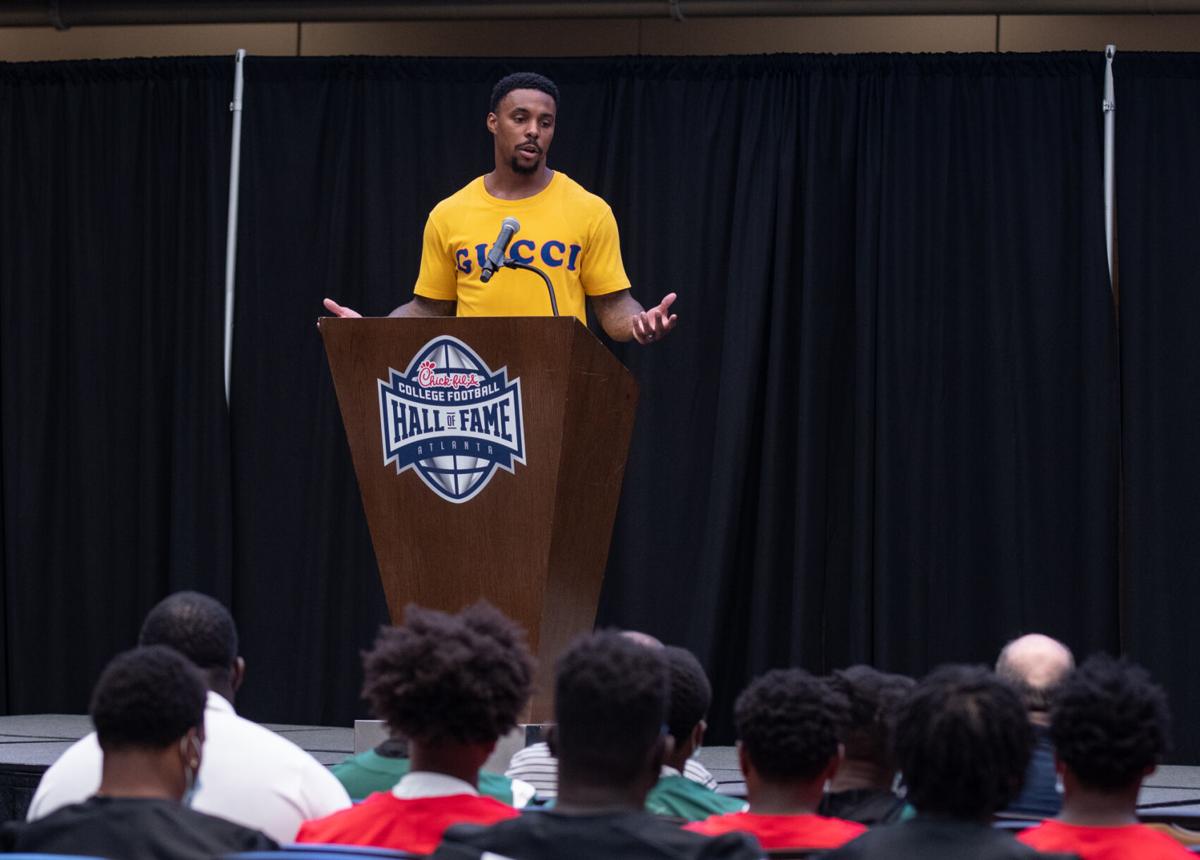 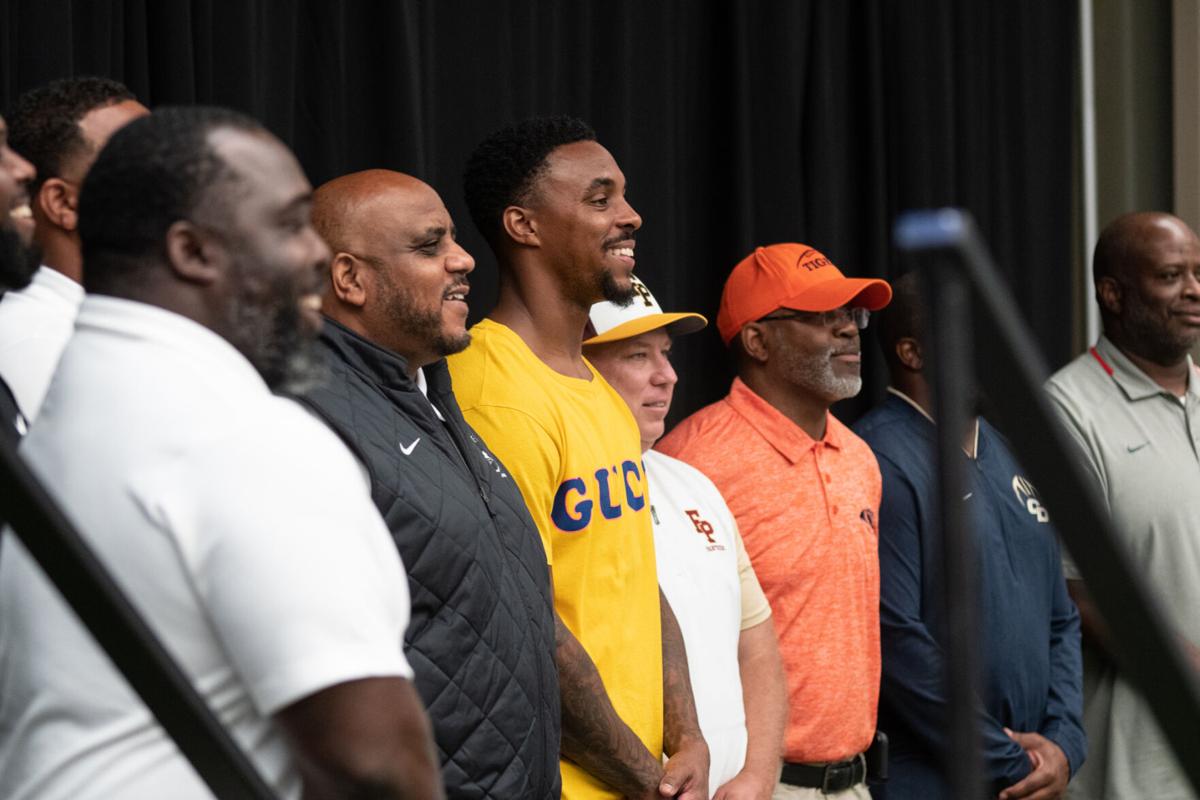 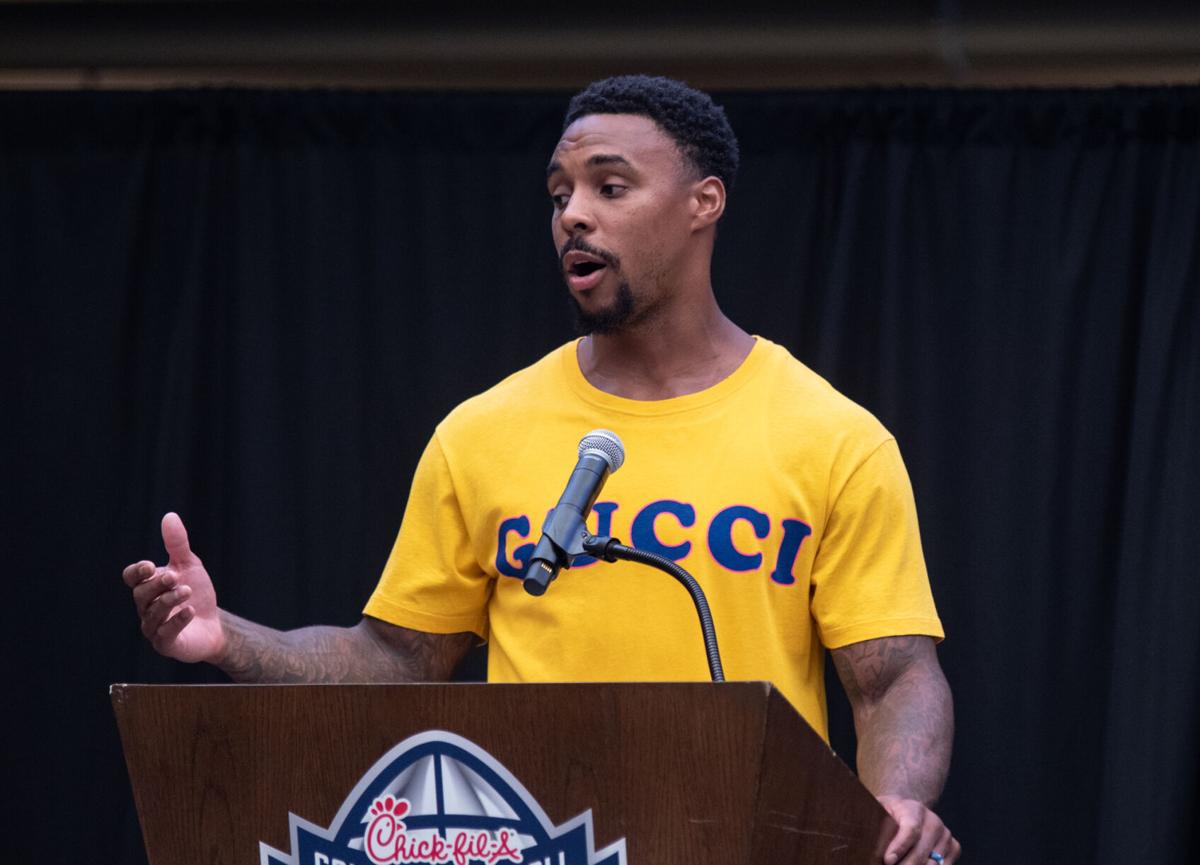 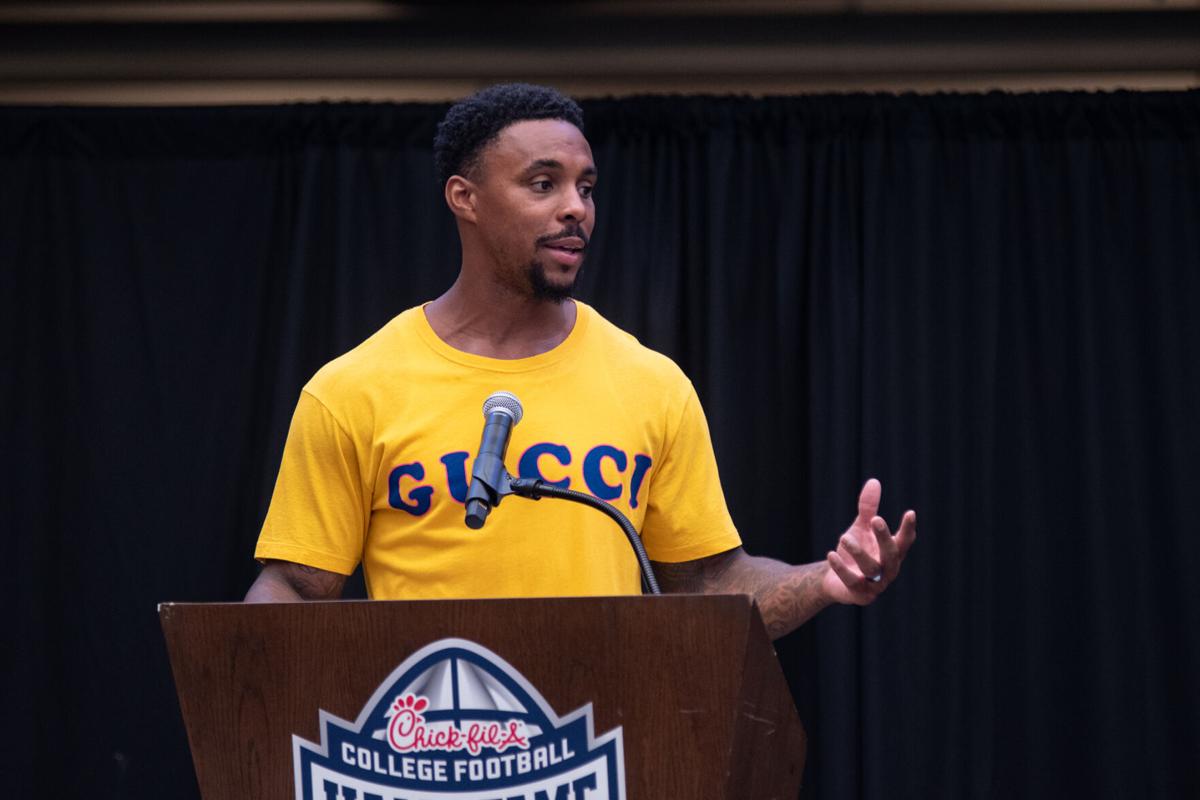 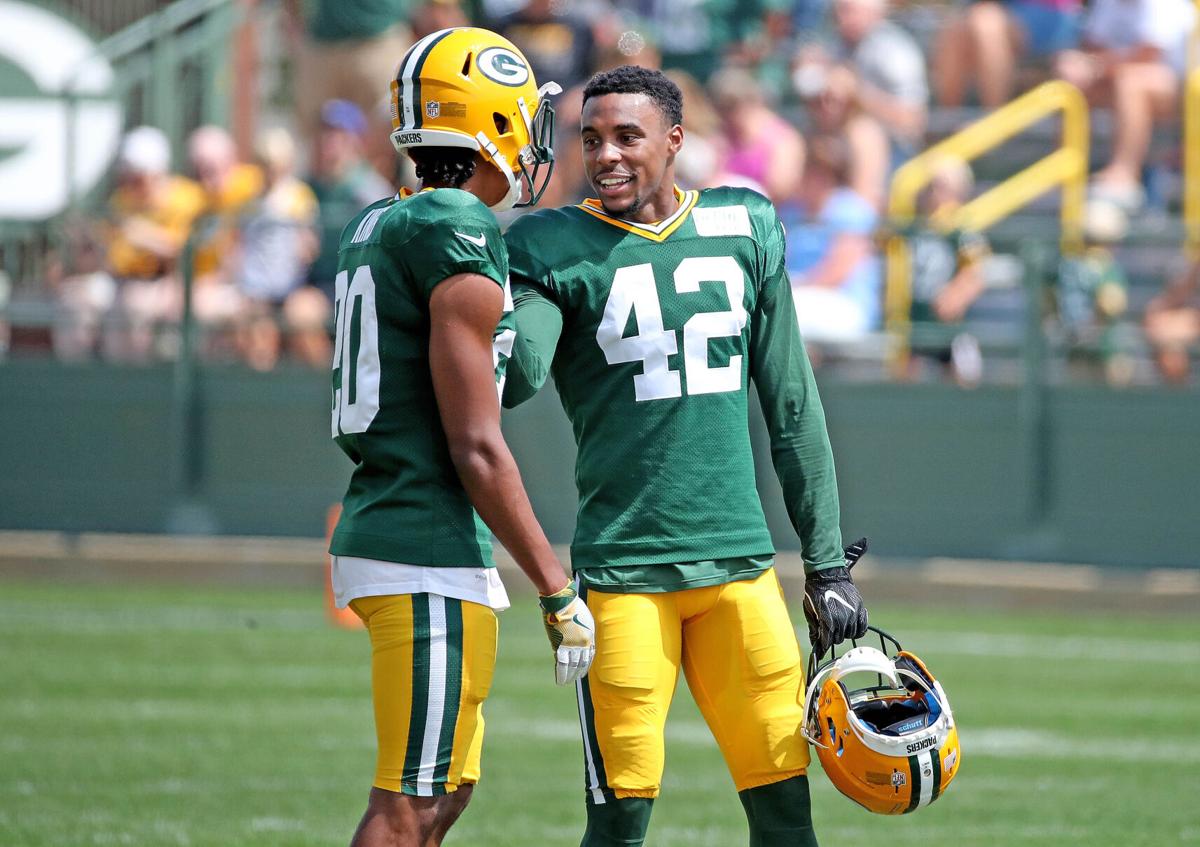 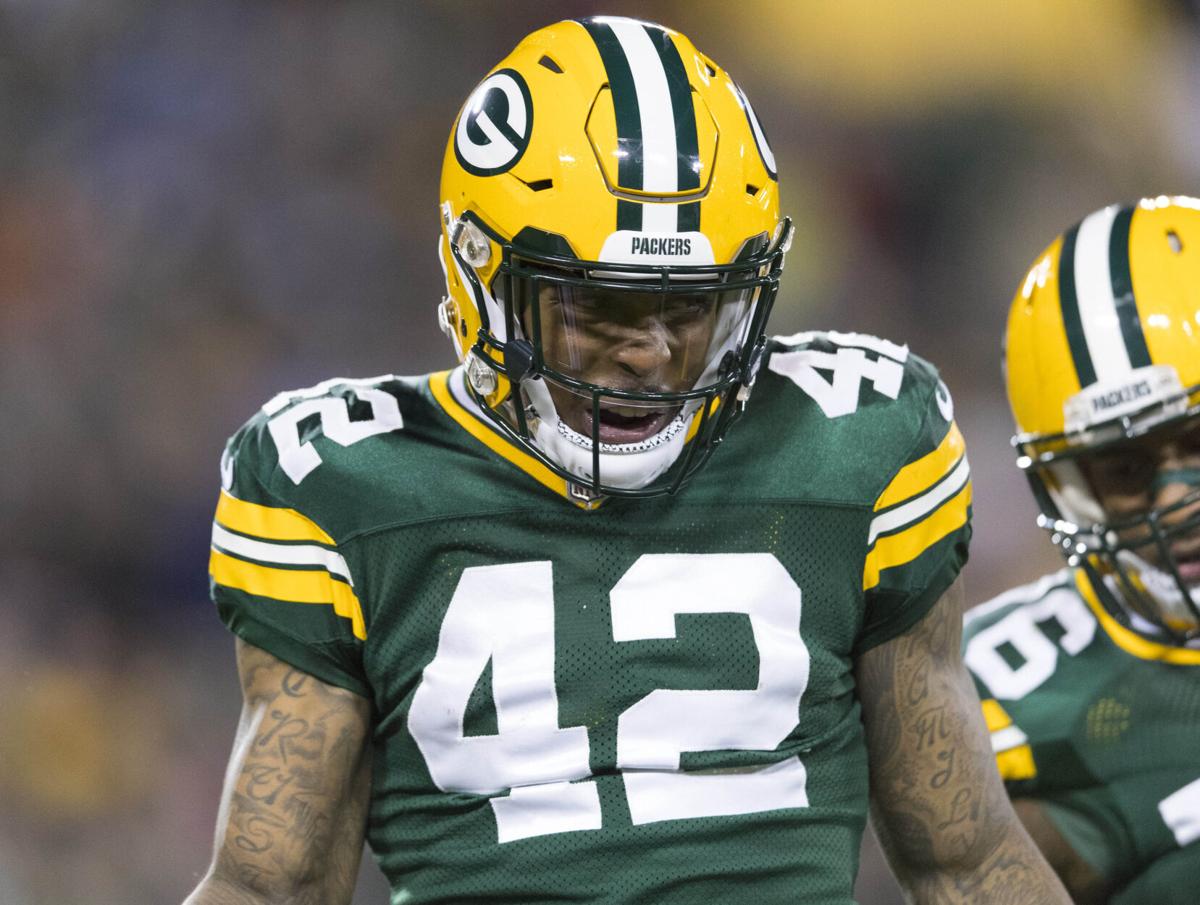 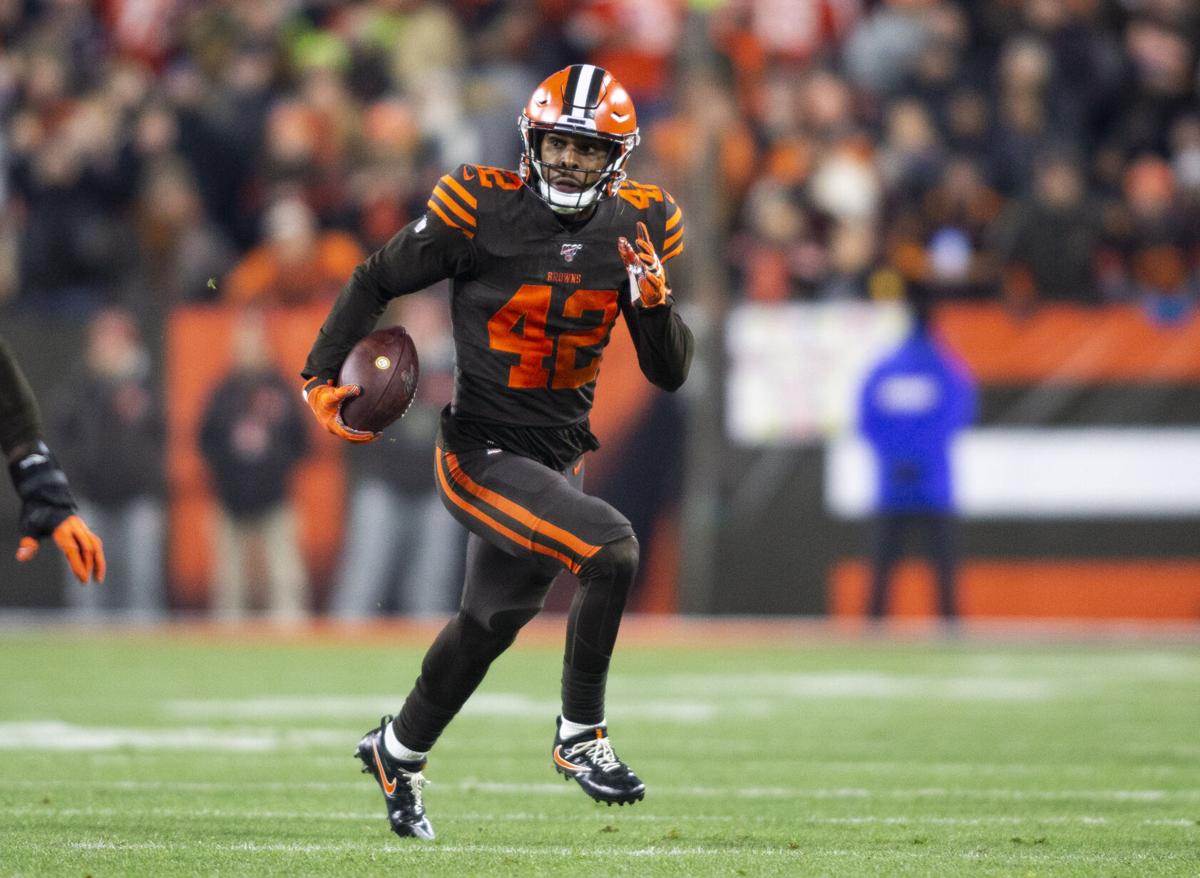 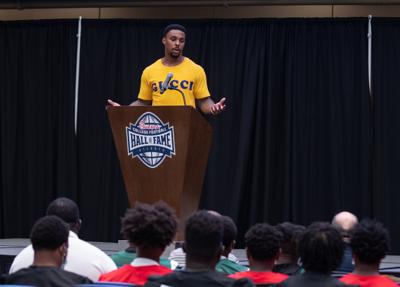 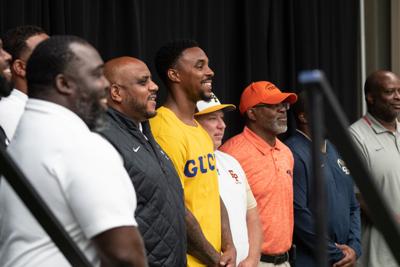 Longtime NFL player and North Clayton graduate Morgan Burnett, the featured speaker at Clayton County Public Schools Media Day, shared guidance surrounding what he called the “three C’s” — consistency, class and character — and stressed taking pride in Clayton County. He advised the players from opposing programs to get to know each other, citing his friendships with fellow Clayton alumni Tashard Choice (Lovejoy) and Jamal Lewis (Jonesboro) that continued from high school to Georgia Tech, where they were teammates after being high school rivals.

“You never know when you can help each other down the road,” Burnett said.

Now 32, Burnett continues to give back to his home county. It has been an important mission since the Green Bay Packers made him a third-round pick in the 2010 NFL Draft.

“It’s all about making it out of the county, learning and meeting new people, and the knowledge that you gain from those experiences, bring it back and help the next person do the same thing,” Burnett told the players, who were joined by coaches and the media in the preseason showcase for Clayton football. “That’s a cycle, my goal and my foundation, that’s a cycle that we want to repeat, constantly gaining knowledge, constantly getting better as a person, and finding a way to cycle back, give back and make the next generation better.”

Burnett has lived out that cycle.

He soaked up a variety of experiences, on and off the field, in his 10 NFL seasons. He made 770 tackles and 10 interceptions in 121 career games (112 starts), including a 130-tackle season with the Packers in 2014. He also played for the Pittsburgh Steelers (2018) and the Cleveland Browns (2019), though his career highlight came with the Packers — a Super Bowl XLV championship.

During the 2019 season with the Browns, he tore his Achilles and sat out the 2020 season. He announced his retirement from pro football on March 29, 2021.

“I have no regrets,” Burnett said. “I’m thankful. I’m blessed. I can walk away from the game healthy. I can play with my kids. I can tell them a bunch of stories I have from all the way up. … (Retirement) is cool for me. Now I can really sit back as a fan and just really enjoy watching the ball from high school to college to the professional level. I have two boys playing football now so it’s fun just watching. I’m still learning and any knowledge I can pass on I’m willing to help.”

Though Burnett and his family have settled in Cobb County — he and his wife have 12- and 6-year-old sons, and an eight-month-old daughter — he still makes regular trips back to Clayton County, thanks in part to his older brother Cap, the head football coach at North Clayton. He has those direct ties to his alma mater, but has worked with many others in the area through his long-running youth football camp. At the conclusion of his media day speech, he offered to help the coaches at the remaining Clayton high schools in any way he could.

“I respect these coaches, 100 percent,” Burnett said. “People don’t really understand it. There’s more to it than walking up and down the sideline in the cool team gear. It’s a lot of hours, a lot of time put in and a lot of energy they pour into these kids. You see the difference they make in building these young men. I respect them.”

Burnett remembers his own coaches, along with watching his older brother in his current role, and it’s a big part of why he keeps giving back to Clayton County. He wants to help them in their work to build young men.

“It means a lot (to give back to Clayton),” Burnett said. “It started with my older brother Cap, his leadership and what he went through as a great county star and going to the University of Georgia and seeing him come back and give back, pour into me and my buddies and our school. I wanted to do the same thing if I had the opportunity to. I really don’t look at it as me doing it. I look at it as a team effort and I just want to be a part of that, starting the cycle, where we leave and we always want to come back and keep that cycle going, keep that positivity going in our county.”

‘Ghosts’: Utkarsh Ambudkar on What to Expect When Jay Is Possessed by Hetty

Should ‘The Walking Dead: World Beyond’ Have Gotten a Third Season?

‘Jeopardy!’: Ken Jennings & Mayim Bialik to Stay on as Hosts Through Season 38

Renewed TV Shows 2021: Find Out Which Series Will Return for Another Season