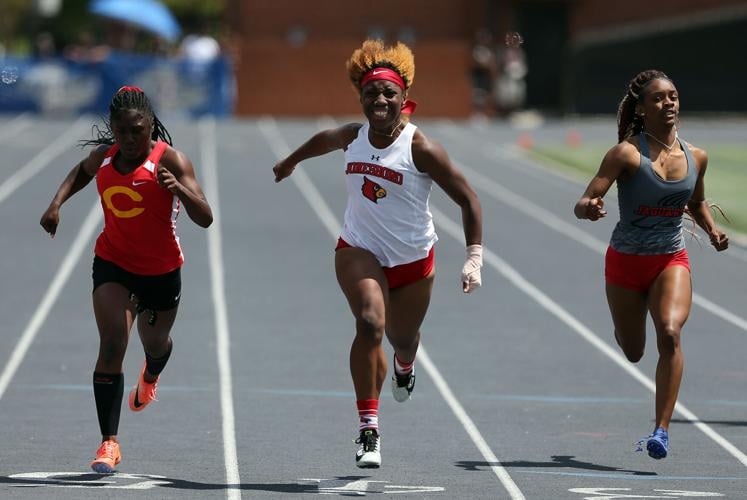 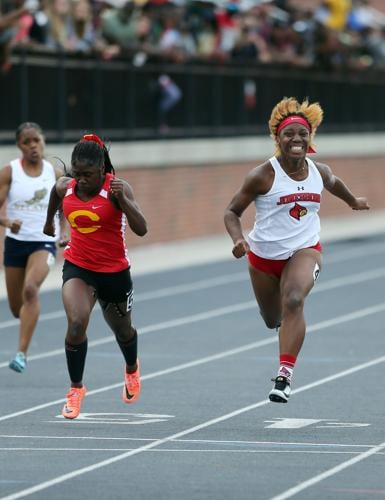 Jonesboro’s girls excelled in the Class AAAAA Track and Field Championships at Carrollton over the weekend.

Lyons did her usual work in the sprints, highlighted by a victory in the 200-meter dash in 24.07 seconds. She also was state runner-up in the 100 at 11.88 seconds. The sophomore’s big season also included a sweep of the Region 3-AAAAA championships and the Clayton County titles in the 100 and 200.

Adams was the AAAAA champion in the high jump at 5 feet, 4 inches, improving on the 5-0 mark she reached in winning the 3-AAAAA title. She won the Clayton title at 5-2 in March.

Jonesboro’s state placers list also featured Ayana Pugh, who was fourth in the shot put at 39-6 1/2, and Kamora Taylor, who was seventh in the 100 at 12.48. Pugh was region and county champion in the shot put this season before the state meet.

The Jonesboro boys team got a memorable performance from Emmanuel Campbell in the triple jump. His best leap of 44-6 1/2 was good for second in AAAAA.

Morrow’s Damian Fantroy sped to a runner-up finish in the AAAAAA boys 100 with a time of 10.71 seconds. The Mustangs’ Kennedy Hood placed fourth in the girls long jump at 17-8 1/2.

15 of the best poker films of all time

Calling all poker enthusiasts: PokerListings compiled a list of 15 of the best poker movies ever made using IMDb criteria. Have you seen them all?   Click for more.

4 tips to master the grill (plus a great grilling recipe)