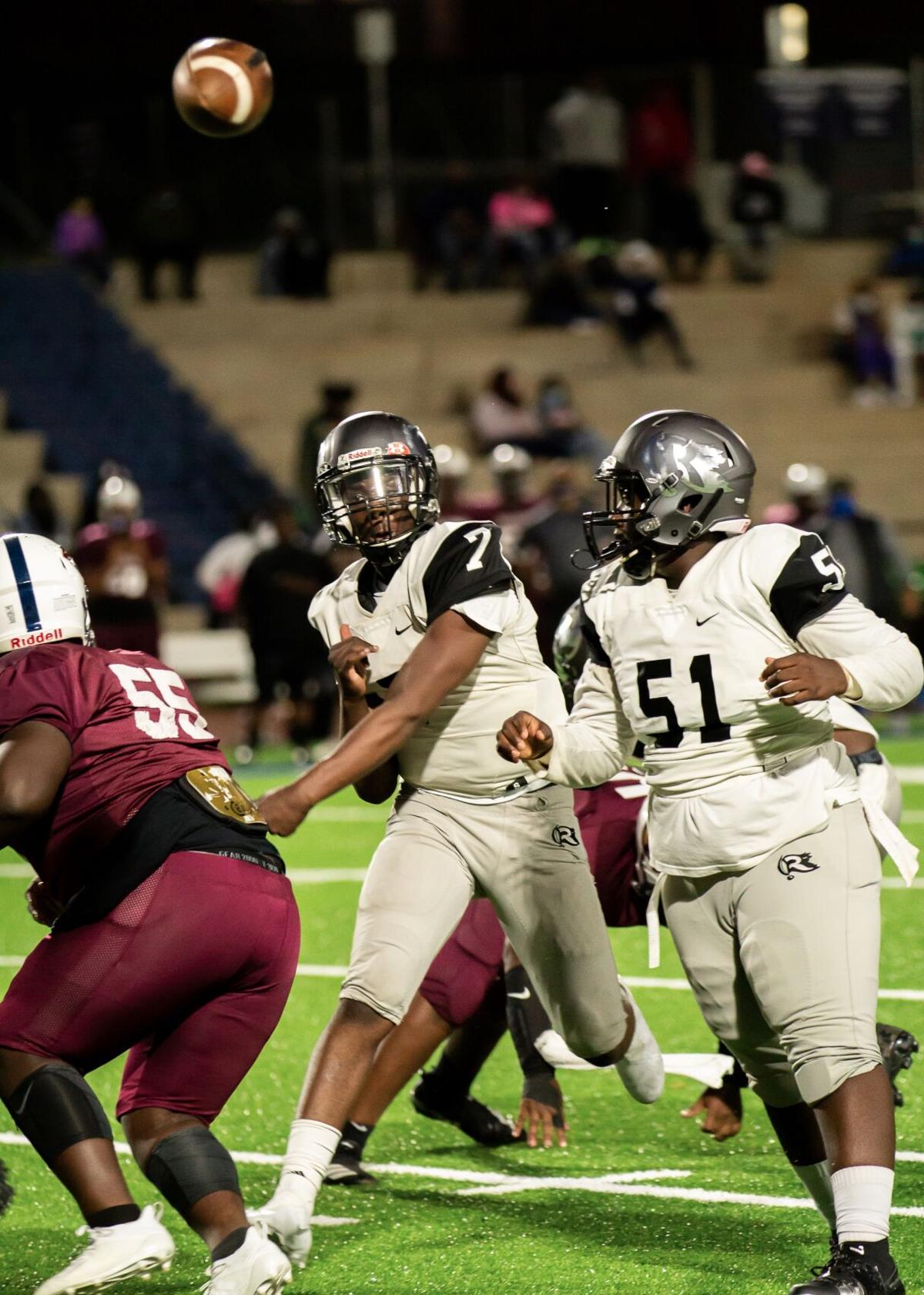 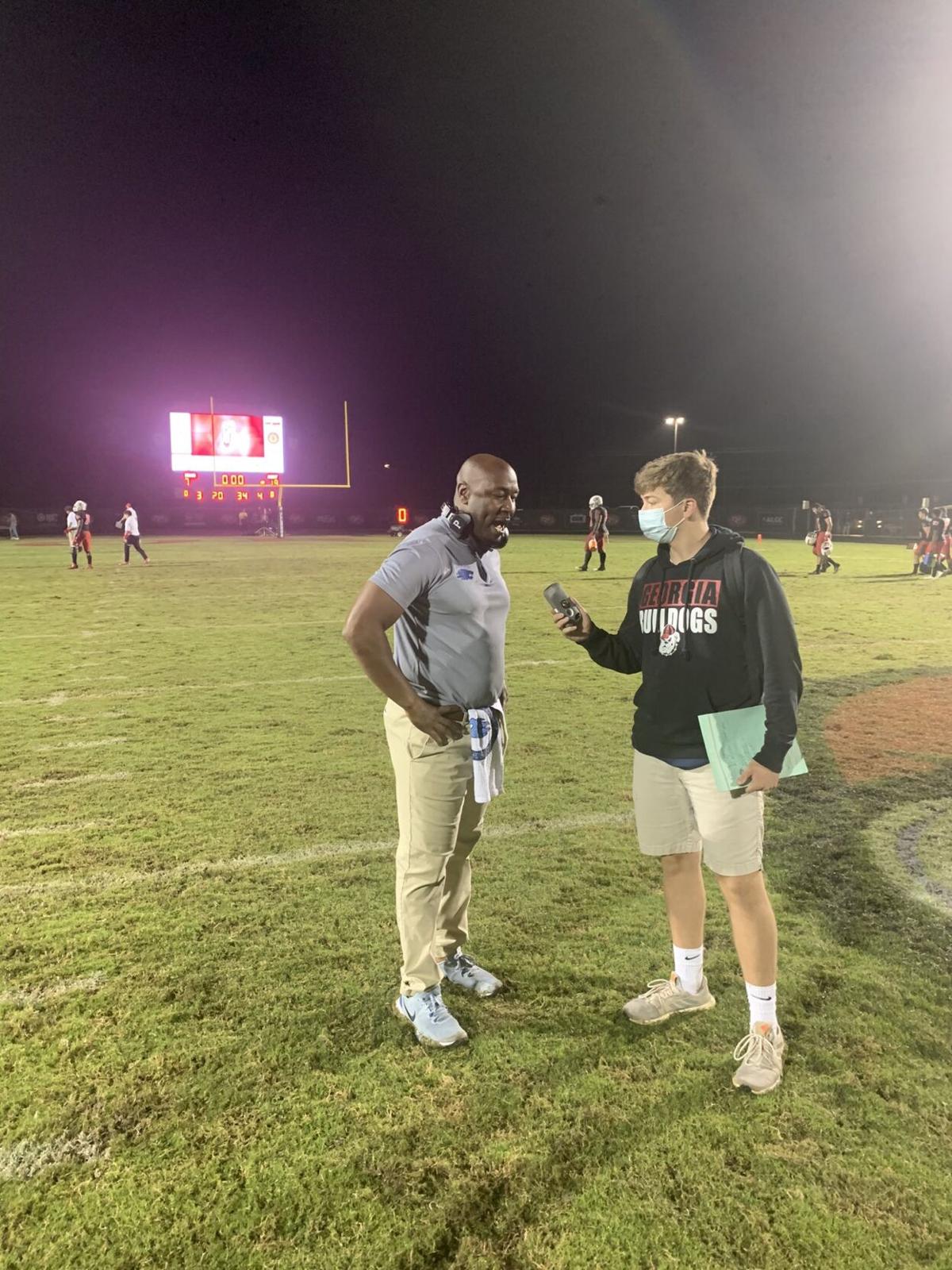 Lovejoy coach Edgar Carson is interviewed after his team’s win at North Gwinnett. 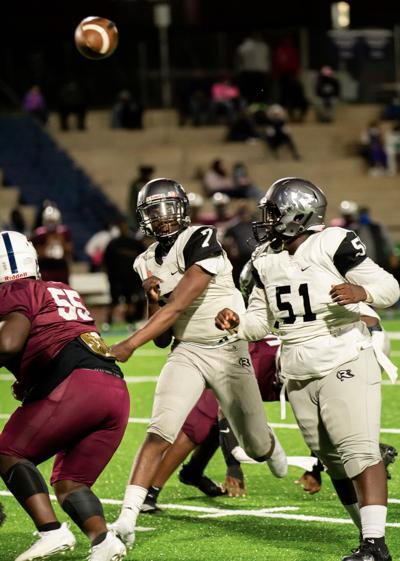 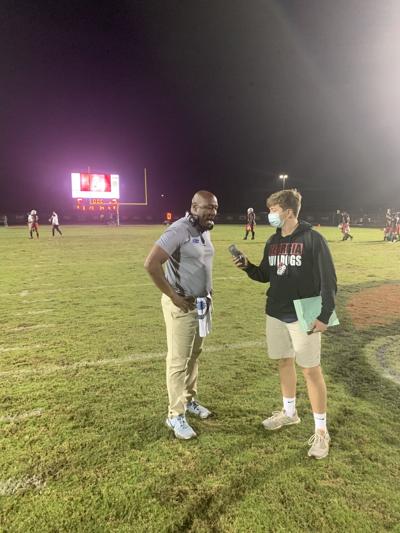 Lovejoy coach Edgar Carson is interviewed after his team’s win at North Gwinnett.

Clayton County qualified five football teams for the state high school football playoffs, which begin Friday, but only one gets to play at home.

Region 5-AAAA champion Riverdale earned that right with a 5-0 record in region play, including last week’s 34-0 shutout of Luella. The stifling defense shown last Friday has become the norm this season for the Raiders (6-2), whose only losses have been single-score setbacks in non-region games with Mays and Pebblebrook.

Their domination of AAAA has been eye-popping — they shut out all five of their region foes and outscored them by a margin of 190-0. The victory over Luella secured their first region championship since 1998. Kamari Murphy and Derwin Burgess II had interceptions in the win, and Daquan Gillett had a sack, while the offense was led by quarterback Avaun Rucker, who rushed for a touchdown and threw for three scores, all to Fred Collins III.

The run through the region brought a No. 1 seed for state and a home first-round game against Cedar Shoals (2-6).

Mount Zion joins Riverdale in the AAAA bracket, fighting through COVID-19 issues that resulted in multiple game cancellations and an 0-5 start. The Bulldogs bounced back with region wins over Hampton (36-7) and McDonough (34-8) just four days apart to close the regular season, and those performances sent them to the playoffs under first-year head coach Buster Davis.

Mount Zion draws a very difficult first-round game at second-ranked Jefferson (8-0), which has dominated almost every team on its schedule.

Clayton County has two teams in the AAAAA playoffs with Jonesboro playing at Griffin and Mundy’s Mill traveling to Starr’s Mill.

Jonesboro (7-2) got its season off to a 6-0 start before a two-game losing streak. It rebounded with a 14-7 win over Mundy’s Mill in the regular-season finale. Up next is Griffin (6-4), which has won five of its last six.

Mundy’s Mill (4-6) won three of its final five games to reach the playoffs and the matchup with Starr’s Mill (8-1), which is on an eight-game winning streak since losing to AAAAAAA East Coweta in the season opener.

Lovejoy (8-2) faces a long trip south in the AAAAAA first round, traveling to face Valdosta (4-4) and its renowned first-year head coach, Rush Propst. The Wildcats lost two of three to close the season, but have the confidence of getting through a tough schedule that includes an impressive win over AAAAAAA power North Gwinnett.

The Lions have played at a high level defensively much of the season with a talented group led by senior Israel Nwokocha, who has eight sacks and 17 1/2 tackles for losses.

South Carolina next test for JT Daniels, No. 13 Georgia