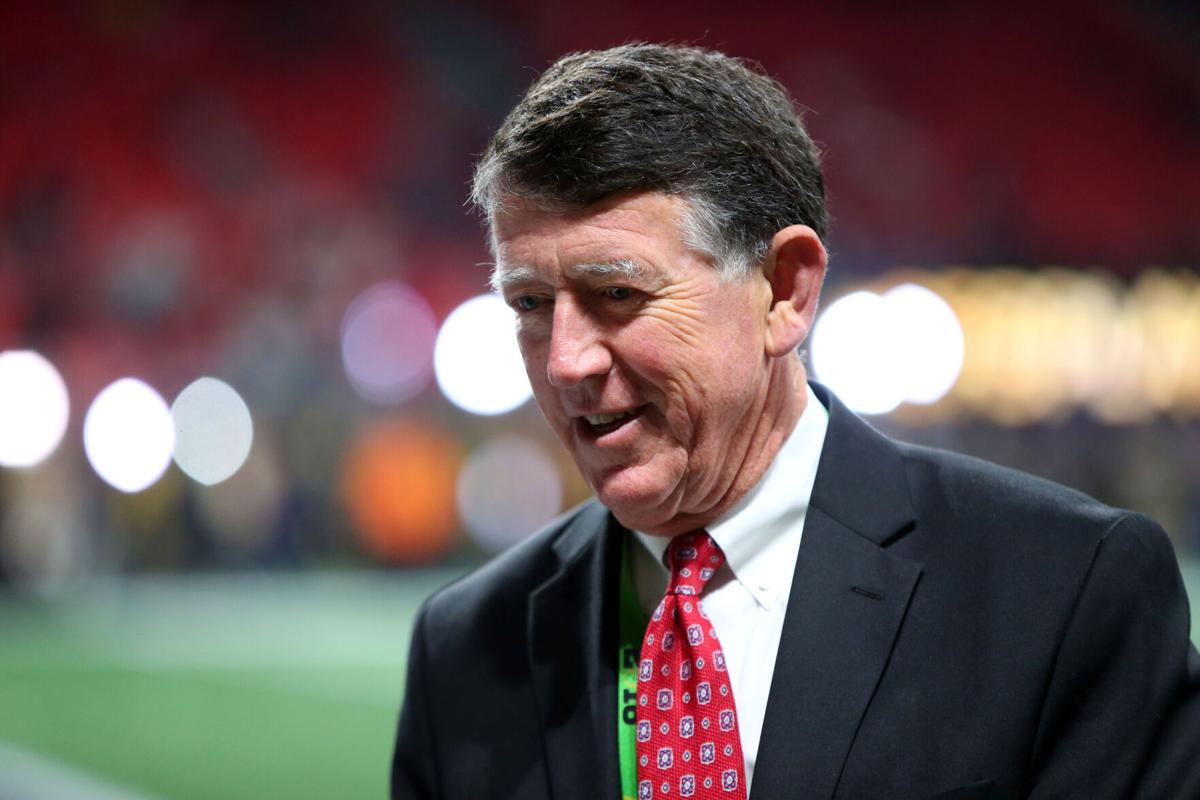 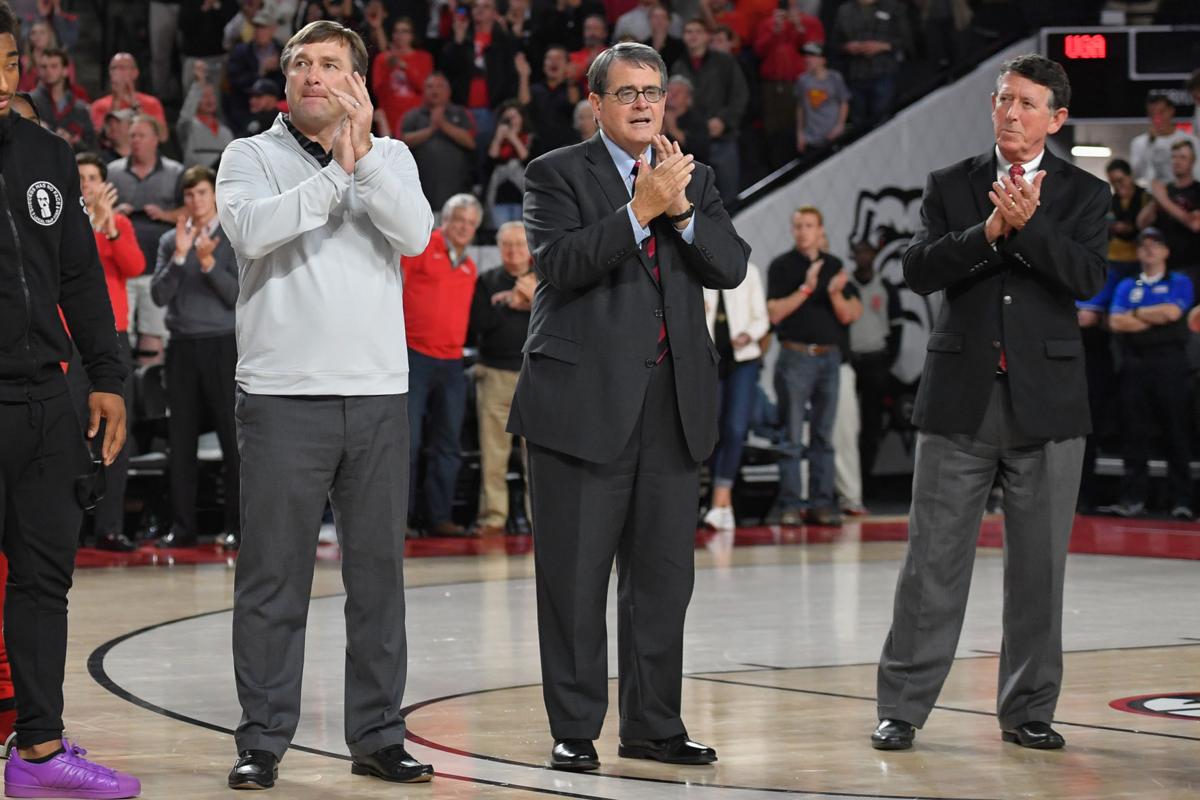 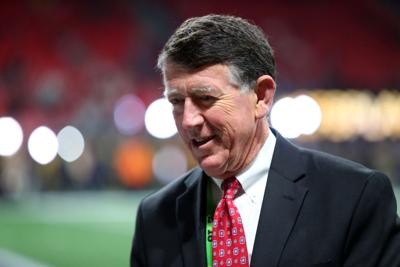 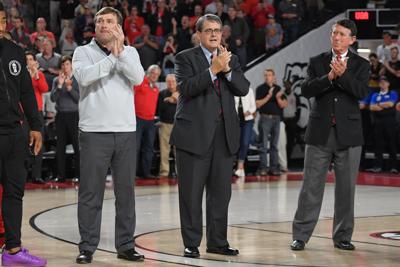 For Greg McGarity, his career could be likened to that of a caddie advancing into a successful realm that enabled him to buy the country club where he once toted the golf bags of established members; or maybe the kid who bagged groceries at the neighborhood store and grew up to own an entire chain of stores; or perhaps a ball park Coca-Cola vendor who became the owner of the ballclub.

This fall marks McGarity’s 10th anniversary as the Georgia athletic director. Emotionally, it was his dream job, but he never set his sights on becoming the Bulldogs’ AD.

“In college athletics, dream jobs may never come about,” he said over a down-home meal recently as he reflected on his career path. “Because of my love and passion for the University of Georgia, I always thought about how nice it would be to return home for that opportunity, but I really didn’t think it would happen.”

Growing up in a college town is a blessing to many. Those who do never want to leave. If they leave, they can’t wait to find a way back. That idyllic life, centered on the university and its boundless options and opportunities, impacted Greg’s life as it has so many others.

His father, Stuart, Sr., had a position in the office of student placement and aid; his mother, Fran, was a member of the staff of Louise McBee, who was the Dean of Women and later Vice President of Academic Affairs. His dad managed the football program sales at Sanford Stadium, and one of Greg’s early jobs was selling game day programs.

There was an enduring musical bent in the family. Stu put together a local band to play for wedding receptions and other social events. Greg’s uncle, Dr. Hugh McGarity, was director of bands at Clemson and wrote the Tigers’ alma mater. Another uncle, Lou, spent most of his adult life in New York, where he played trombone in the Arthur Godfrey Band, Benny Goodman’s Big Band and Tommy Dorsey’s Band, among others. He later joined the Skitch Henderson Band for the Tonight Show in the early years of Johnny Carson.

Greg grew up on South Milledge Ave., where the McGaritys were neighbors of the Don Basinger family. Greg was friends with Mick Basinger. As youngsters they learned the finer points of tennis from UGA’s Dan Magill. Greg was also a playmate of Mick’s soon-to-be famous sister, Kim. In fact, Greg was the first to see Kim Basinger topless, but it was not a sensation back then. They were four years old.

He had the good fortune to become a protégé of the colorful and extraordinary Magill, Georgia’s multi-accomplished icon. Greg’s first assignment was that of a ball chaser at the tennis courts. During tennis practice when a Georgia player connected with a ball with such erratic force that it flew out of the tennis stadium, the Georgia coach would yell, “Ball over, Greg!”

With an eagerness which brought everlasting fulfillment — protégés always wanted to please their sovereign — the youthful McGarity would dash posthaste into the parking lot and retrieve the ball. After all, no used tennis ball should end its life leaning against a curb in the parking lot, decreed Magill. It should wear out on the courts when it literally falls apart.

From those halcyon days, Greg would lead a consequential life in, of all places, Gainesville, Florida, changing from the red and black of his youth into the orange and blue of the University of Florida. In Gainesville, he became a close friend and confidante with, of all people, Steve Spurrier, one of the Bulldogs’ all-time nemeses who had the nauseating habit of deriding McGarity’s alma mater any chance he could.

A close relationship with the highly regarded Jeremy Foley, generally considered one of the leading athletic directors in the NCAA in his prime years at Florida, enabled Greg to experience an up-close and personal view of athletic administration. He no longer chased errant tennis balls. He sat in on facility development meetings, he often accompanied Foley on high-level hiring missions for prospective Gator coaches. He vacationed with Foley, Spurrier and Billy Donovan, the Florida basketball coach who won two national championships. He was within arm’s length of the seat of power at a major University. That naturally led to the goal of running his own program someday.

He was learning and growing, eager to take on any assignment that would make his school a big-time player in all sports. After a dozen years, he became the beneficiary of feelers from other schools with regard to running a college athletic program. He and his wife, Sheryl, a native of Moultrie, Georgia, adjusted to Florida living and were very happy. It was a given that when retirement came about, they would have a Sunshine State address. He wasn’t going to take just any job, and while he didn’t hold out hope that he would be fortunate enough to return to Athens as the chief UGA administrator, he thought about how emotionally rewarding that would be.

His family still lived in Athens. There was a second home on Lake Seed, in the North Georgia mountains where he and Sheryl enjoyed spending time when Florida’s summer heat became insufferable. He had maintained multiple friendships in the University community and throughout the state.

When Damon Evans was hired to succeed Vince Dooley in 2004, Greg’s name was frequently mentioned as a possible successor to Dooley, but the stars did not align. Greg pretty much concluded that any possibility of a homecoming was as unlikely as his buddy Spurrier saying something nice about Georgia.

However, Evans’ unexpected departure six years later suddenly opened the door for McGarity again. Serendipity soon was riding shotgun on his career train. This time he became the “most likely to succeed,” and was hired by UGA President Michael Adams to run the athletic program which had spawned him.

Support from several corners aided and abetted Greg’s candidacy. There was a sentiment for hiring a Georgia man and he was the best one available. The timing seemed propitious. This time the stars aligned. At 8:00 a.m., August 12, 2010, he got a call from Adams, who asked Greg a simple question. “How would you like to be the next athletic director at the University of Georgia?” Greg’s response: “Let’s get to work.”

Honoring the work ethic is one of McGarity’s singular traits. He was ready to roll up his sleeves and have at it. He had experience under two highly successful and esteemed athletic directors, Foley and Georgia’s Dooley. He was well-versed in all facets of college athletic administration. He was ready.

Once aboard, he set about assessing, enhancing and improving facilities; strengthening the administrative staff by underscoring communication, teamwork and morale. You call him, he would call you back. You have a sensitive request, he would listen. He seldom missed a game or a meet. He often supported every Bulldog team by traveling to out-of-town competitions.

McGarity came into an environment where aloofness and heavy handedness held sway. Harmony and morale were flagging. Greg became engaged with everybody from the highest-profile coach to the custodians. He sent hand-written notes of congratulations and encouragement to coaches and athletes.

As we look back, on his 10th anniversary on the job, he owns an impressive box score of successes and accomplishments, headlined by football facility enhancements: The Payne Indoor facility, the West End Zone expansion at Sanford Stadium, and the more recent expansion (still under construction) of the Butts-Mehre Building.

With football, the chief breadwinner for Georgia athletics, the Bulldogs have won five SEC East championships, one SEC title and were runners-up for the National Championship 2017; Georgia got into the football playoffs by defeating Oklahoma in the Rose Bowl. It should be noted with significance that hiring Kirby Smart was a move that that may be McGarity’s signature accomplishment.

A high water mark for the home team.

Dan Quinn wants Falcons to move past painful loss, focus on the Bears